Millions of COVID-19 testing supplies are headed to health departments across the country. 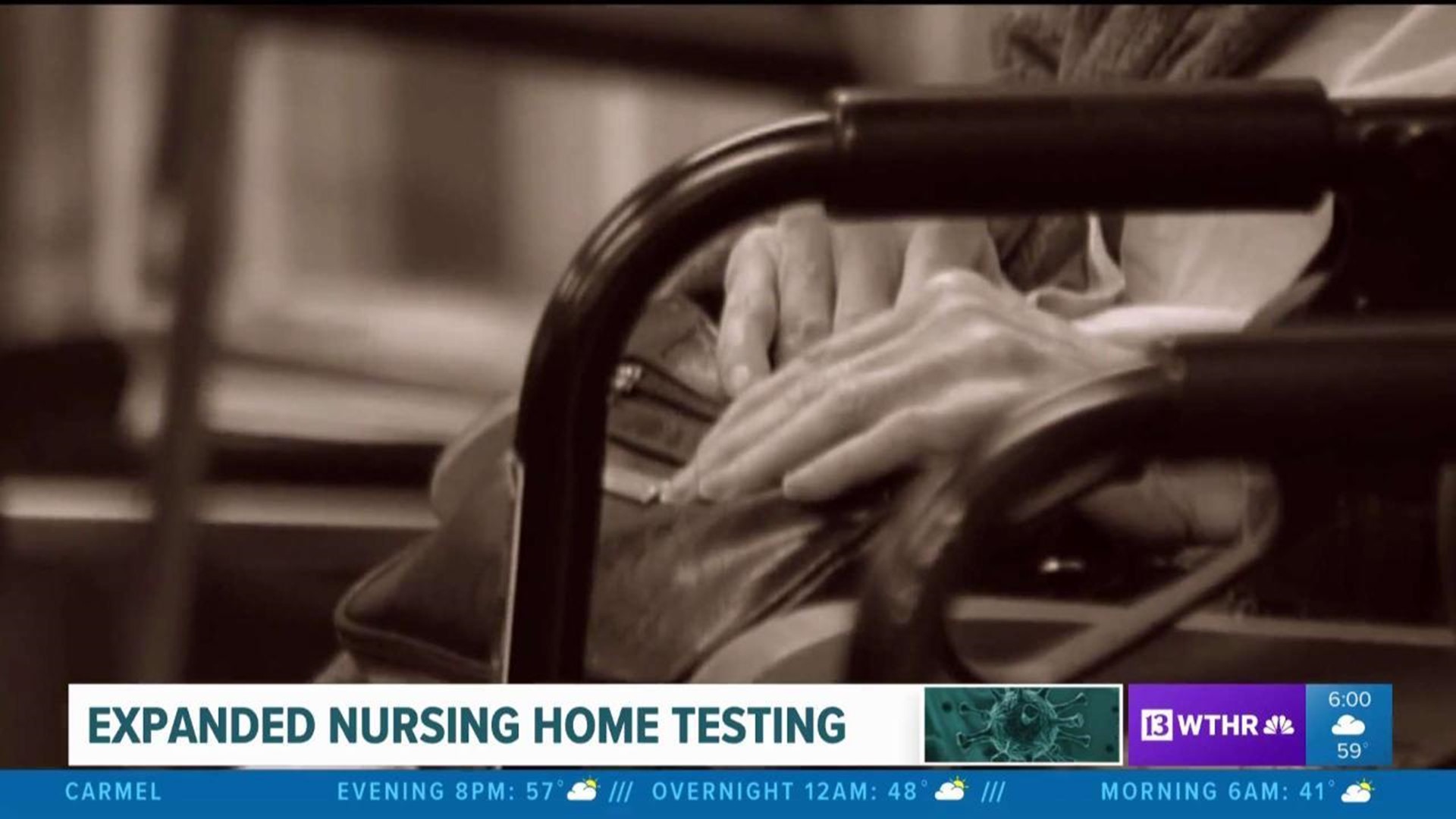 INDIANAPOLIS (WTHR) — Millions of COVID-19 testing supplies are headed to health departments across the country.

The influx comes as the White House calls for all nursing home residents and staff to get tested in the next two weeks.

13 Investigates explains why it's likely Indiana will fail to hit the goal.

They don't want to get sick and they worry about possibly exposing their residents to COVID-19.

"We're not being tested and then we're the ones bringing it into the facility," said a career nursing home employee, who asked not to be identified.

She reached out to 13 Investigates concerned about a lack of testing after a co-worker first exposed her facility to the virus.

"Since the start of this we had been free. No virus, no nothing until about 2 weeks ago. We could have still been free of the virus if we would have gotten testing," she explained.

So far in Indiana, nearly 200 nursing homes and assisted living facilities have at least one confirmed case.

Now after devastating outbreaks and death rates nationwide, the federal government is recommending every nursing home resident and employee get tested for COVID-19 in the next two weeks.

"Put into perspective, testing every long-term care resident and every employee would be in the state of Indiana around 100,000 people within the next two weeks. So that's a lot to bite off at one time," said Dr. Kris Box, commissioner of the Indiana State Department of Health.

"It's not going to be feasible in Indiana," said Zach Cattell, president of the American Health Care Association, one of the State's largest nursing home industry groups.

Cattell believes Indiana is too short on supplies and capacity to meet the two week goal to get every resident and employee tested.

"The supplies necessary to do widespread testing for all health care settings, particularly for nursing homes and assisted living to our knowledge don't exist right now," he explained.

The government is promising to ship millions of testing swabs, chemical reagents, and PPE across the country to help states. The State Health Department can't say how the government issued supplies will be distributed. But when it comes to testing, Indiana has lagged behind from the start.

"We have used the limited testing that we have had across the state very, very judiciously in, especially our long-term care facilities and have been very, very careful to test even asymptomatic individuals there that we knew could be in close contact or exposed," Dr. Box said.

To date, 150,510 Hoosiers or 2.2 percent of the population have been tested. Experts recommend states test around 3 percent before reopening businesses.

And other metrics show only about 16 of every one thousand residents are getting tested in Indiana.

Over the last week, twenty new testing sites have opened at armories across the state. Thirty more are scheduled to open on Wednesday. Cattell says that and drive-thru testing sites give nursing home workers more options, since no doctor's note is required.

"That's something that should have taken place a while ago," said the Indianapolis nursing home worker. "It's sort of almost too late."

But Cattell said nothing is ever too late if the state continues to do better.

In the meantime, testing for all nursing home residents in Indiana will remain a fight. Right now it's up to individual facilities to decide if and how many residents will get tested, especially when it comes to those who are asymptomatic.

The industry group is asking Congress for $10 billion to ensure nursing homes nationwide can maintain the supplies, equipment and staffing needed in the months to come.