System to treat contamination in Franklin could be releasing dangerous toxins

Test results in Johnson County have touched off a wave of concern over vapor intrusion into homes. Now 13 Investigates reveals another startling discovery that could impact communities across the state. 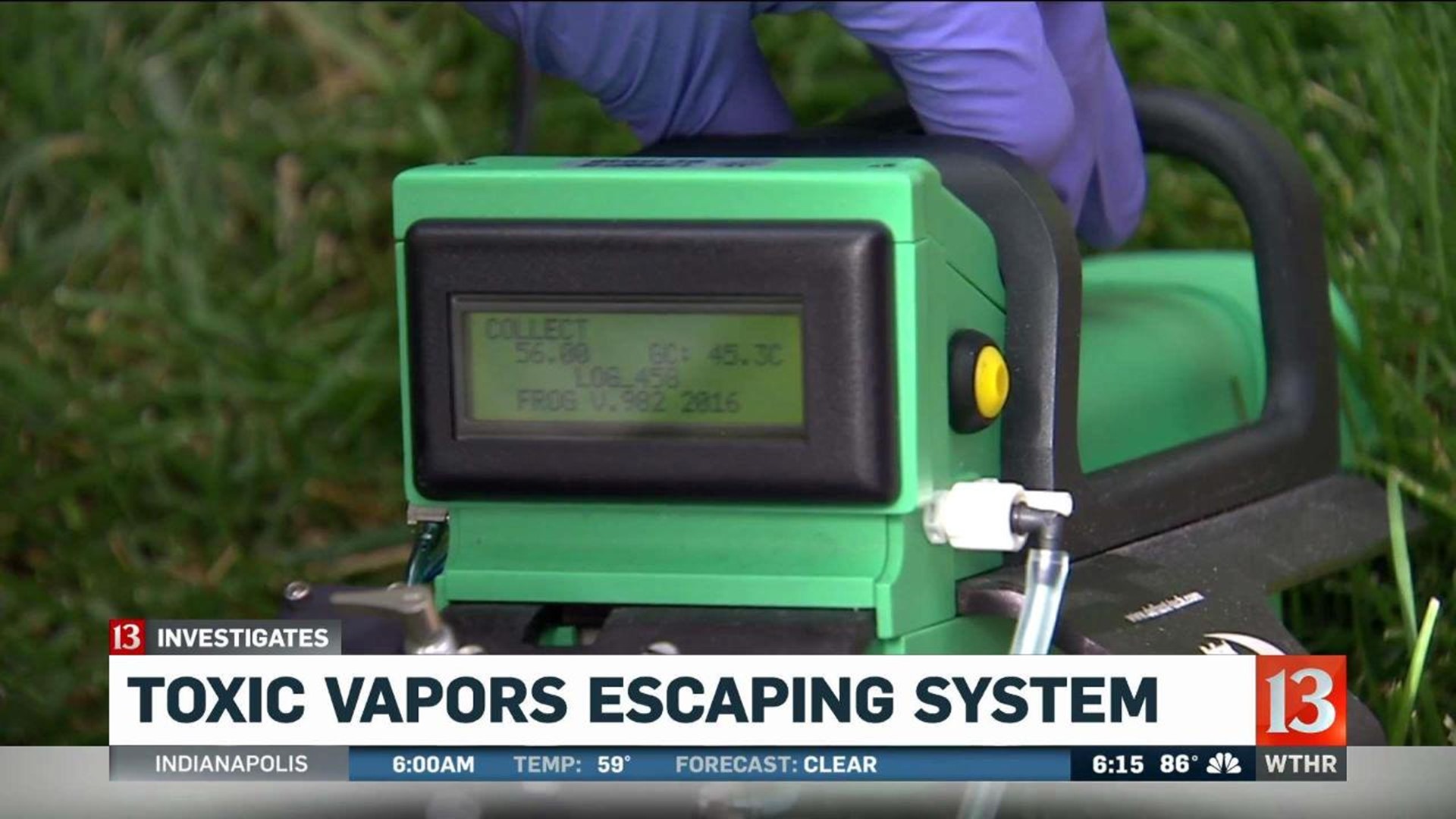 INDIANAPOLIS (WTHR) — Test results in Johnson County have touched off a wave of concern over vapor intrusion into homes.

Now 13 Investigates reveals another startling discovery that could impact communities across the state.

It appears the very systems approved by state regulators to treat contaminated sites, could also be pumping toxic chemicals straight into the air and it's prompting calls for more testing.

3,000 feet from the old Amphenol/Franklin Power Products site on Hurricane Road, environmentalists from the Edison Wetlands Association say families are being "doused with chemical discharges."

Canisters placed in a yard detected high levels of the toxic chemicals, PCE and TCE, hoovering near and well over unsafe levels set by the state.

Shannon Lisa, the project director overseeing the testing says the outdoor levels and high concentrations found in the kitchens and living rooms of other homes indicates another serious problem.

"It may not only be vapor intrusion from beneath the homes that might be occurring, but contaminated air around the outside of the home might be directly entering these indoor living spaces," said Lisa.

"When you still have kids getting sick, when you have people coming in droves about adults getting sick, then you have to look at something as a possible source," added Stacie Davidson, co-founder of the group "If It Was Your Child."

The environmental engineering firm Mundell & Associates believes the culprit might be the very pumping systems installed to treat metal sludge and other solvents contaminating the groundwater underneath the Amphenol facility.

In its 6-page report, the Senior Environmental Engineer said the system "does not appear to have a carbon treatment filter on the stack and, therefore, is likely venting chlorinated compounds into the air."

"These chemical discharges that are dousing residential areas from pump and treat systems have never really been looked at before by the State," Lisa told 13 Investigates.

That's a big deal because of the types of chemicals seeping out. The Agency for Toxic Substances and Disease Registry lists TCE as a known human carcinogen and refers to PCE, as a likely carcinogen.

"This issue might not only impact families in Johnson County, but likely communities struggling with contamination throughout the whole state of Indiana," added Lisa, who says similar systems are operating across Indiana.

The findings have prompted yet more calls for federal and state regulators to take action now, by residents and environmentalists.

Kari Rhinehart, co-founder of the group “If It Was Your Child” spoke with the U.S.EPA Tuesday about the test results in Franklin and the need for more testing.

No word yet on a concrete plan from the government or state officials.

But Mundell & Associates said vapor intrusion near the site nor the risk to nearby homes has ever been adequately addressed.