Indiana's watchdog for the environment is finally answering questions after 13 Investigates exposed contamination seeping into neighborhoods across the state. 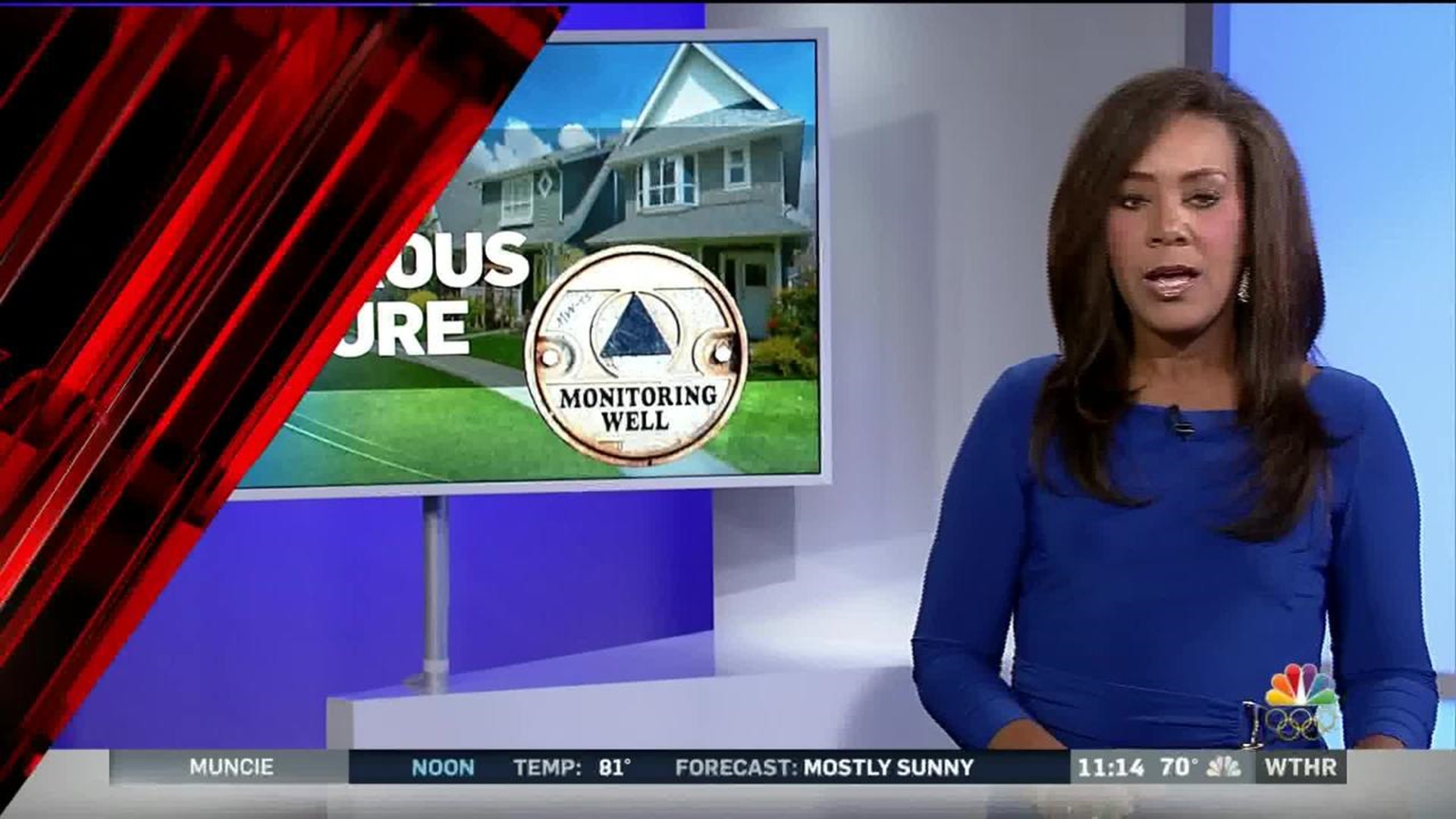 For weeks, 13 Investigates has uncovered contamination seeping into neighborhoods, while the companies that promised to cleanup the chemicals under a state program failed to do the work.

13 Investigates shows you the dangerous exposures and how the state is taking action.

LIDS tipped its hat to new headquarters on a former clean-up site in Zionsville in 2014.

"(It's) one of the most dynamic and exciting business success stories in the state of Indiana," proclaimed Governor Mike Pence.

Before LIDS moved in to the site, Dow Chemical spent six years digging out contaminants there as part of the state's VRP - Voluntary Remediation Program.

Under the program, companies pay a $1,000 fee and promise to clean up their messes. In exchange, the state gives the companies immunity from getting sued both during the cleanup and after it is successfully completed.

A six-year cleanup, on average, followed by redevelopment is the gold standard.

When companies do the work, the program works. Over two decades more than 300 businesses finished what they started.

Sites stagnant for decade or more

But 13 Investigates found nearly one-in-6 sites across the state languishing more than a decade and IDEM failing to enforce its own environmental rules. The delays allowed contamination to seep into neighborhoods and put families at risk of dangerous exposures.

"It's the citizens of Indiana that are bearing the brunt of the failure of that program," said Dick Van Frank, an Indianapolis environmentalist who has spent time reviewing some of the state's largest cleanups.

Now for the first time, IDEM is sitting down to talk about why the state has been slow to deal with companies hiding behind the state's protections, while doing nothing.

"We are very very conscious of (residents') exposure from a human health standpoint," Dorsey added.

But when 13 Investigates asked why companies were allowed to stay in the program for up to 17 years before IDEM finally threatened to terminate them for lack of cleanup, Dorsey responded, "That is a good question, and I hope it's one we're addressing now."

Dorsey and her IDEM managers knew about the health emergency in Marisol Lopez's west side neighborhood, where the Marion County Health Department discovered excessive levels of vinyl chloride in neighborhood drinking water wells.

For 10 years, IDEM knew chemicals were leaking into the groundwater from a nearby industrial warehouse and dry cleaner and spreading.

"It's not right, it really isn't. Especially knowing that you're putting a hazard towards other people," said Lopez, after learning about the cleanup delays that led to the wells being capped in her neighborhood.

"The state needs to follow through on that," she told 13 Investigates.

Both companies identified as sources of the contamination were in the VRP. One of them, Aimco, was terminated a year ago after 10 years in the program. Aimco told 13 Investigates IDEM approved its plan and then blamed its clean-up process for causing more contamination.

13 Investigates asked Dorsey if IDEM was partly responsible for what happened at that site.

"That, I believe, was due more to a communication breakdown," responded Dorsey.

A communication breakdown that exposed families to cancer-causing toxins.

"It is being addressed by the EPA," she said. "The processes and procedures we have in place now, that should not happen again."

Dorsey is referring to a new technical review board created by IDEM to help resolve clean-up disputes between its experts and those hired by companies.

There's no dispute the agency dropped the ball in places like Tipton, where Acraline was kicked out of the program after 10 years for "failing to substantially comply with the terms" of its remediation.

But for the four years following that termination, IDEM did nothing as chemicals inched closer to the city's drinking water well.

"It's my water that I cook with, drink, bathe with," said Shana Lacy, who lives down the street from Acraline.

Tipton Mayor Dan Havens says he never received any notification about the termination or the status of the contamination.

"Your call made us aware; brought our attention to the matter," Havens said. In fact, it was WTHR's investigation that prompted insurers to sign off on a new clean-up plan.

"Could we do a better job?" said Dorsey, "Perhaps. We're trying, we're looking at every process, we're doing everything we can to make sure we don't lose track of a site."

But Dorsey admitted the Tipton site was lost in a switch from one program to another, and that no project manager had been assigned.

In Goshen, visible piles of debris are in sight from Jeff Chupp's front door.

It's evidence of an illegal demolition at one of the State's largest voluntary clean-up sites. What happened at the site borders on criminal.

"Have to deal with asbestos now, that's another fear," Chupp told 13 Investigates. That's because buildings filled with cancer-causing asbestos were torn down under IDEM's watch, and exposed an entire community to the deadly toxin for years.

"They really could have done a lot more to help protect the people of this neighborhood," said Chupp in disbelief of the lack of steps taken by IDEM.

The Johnson Controls site has been a part of the VRP for 20 years. First, there were chemicals seeping into the groundwater. One aquifer was cleaned up.

Now, there are more chemicals leaching and possible vapors going into homes from another aquifer. And on top of that, the asbestos.

"Some of those sites are just larger than this program is designed to handle," said Dorsey, speaking of the Johnson Controls site. She says some sites might seem manageable at first, but then become overwhelming. Dorsey believes the Johnson Controls site is one such example. Problems at the site were compounded when a contractor tore down the buildings.

That contractor, Richard Swift, is a convicted criminal with a history of forgery, counterfeiting and fraud.

Swift allegedly told IDEM he removed the asbestos before demolition. Now, IDEM has lots of explaining to do.

"IDEM did not tell them, 'Tell that contractor that everything was fine'," Dorsey insisted. "We would never give approval to a scrapper or a contractor that was doing that, to say you can do whatever you want to at the site," she said, defending the agency.

But Dorsey admits the asbestos issue is out of her purview. She can't explain why a team of IDEM air quality inspectors failed to take a single sample and test for asbestos during a site visit in December.

IDEM promised to get more details about what went wrong in Goshen, but 13 Investigates has yet to receive any other explanation.

Dorsey says IDEM has gone through its VRP list to deal with companies failing to uphold their agreement. She says the process started some time ago. Earlier this year, lawmakers had also raised questions about companies languishing in the VRP. Dorsey says the agency will issue warnings if any milestone is missed.

"We are putting them on notice that if they don't comply, they will be terminated. We are assessing and re-assessing. What did we put in place? What's working and where do we still have some issues?" she said.

The goal, she said, is to make the program better and more accountable.

To address the groundwater contamination in Goshen, Dorsey revealed a system is being built to remove it. Two class action lawsuits are now pending there against the companies involved with the air and water contamination.

And according to Dorsey, all 300 companies in the program are again moving forward towards clean-up.