The State's top environmental agency is now testing for chemical vapors in Franklin. 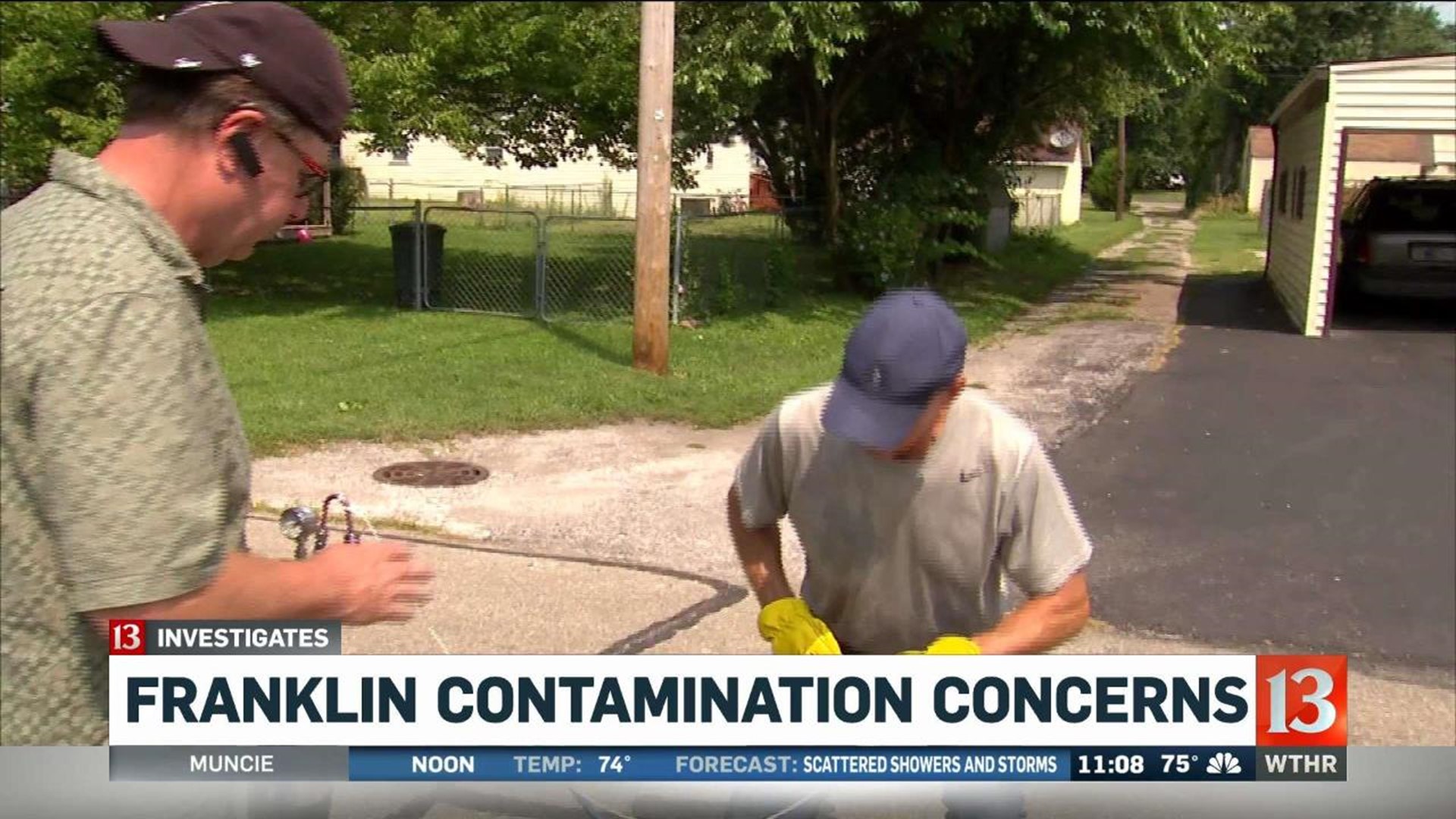 The action comes after an out of state group detected possible cancer-causing chemicals in 6 of 14 homes there.

The Indiana Department of Environmental Management (IDEM) is taking action near homes where high levels of toxins were discovered.

Tuesday morning, crews pulled up manhole covers to determine if chemicals like TCE and PCE are present in the groundwater, or even seeping from sewer lines.

The state learned about high levels of TCE in Cochran's home after he came forward to 13 Investigates and asked for more testing.

Vapor re-testing is now underway in and around Cochran's home.

In a 1996 "Draft Indoor Air Evaluation" by the EPA shows techniques were used to assess the potential impact on residents living on Forsythe Street, but the conclusions of the evaluation were not validated with field data. According to Mundell and Associates, the agency hired by Edison Wetlands to conduct the first round of testing, the potential for vapor intrusion and the risk to residences near the old Amphenol/Franklin Power Products site was never adequately addressed.

IDEM has also promised to test a second home, one with the highest levels of toxins detected.

13 Investigates sat down with that family and will have more on why their story is especially alarming.