Starting in January, suspects arrested on probable cause for any felony charge will open themselves to scrutiny in other cases too under Indiana's new DNA profiling legislation. 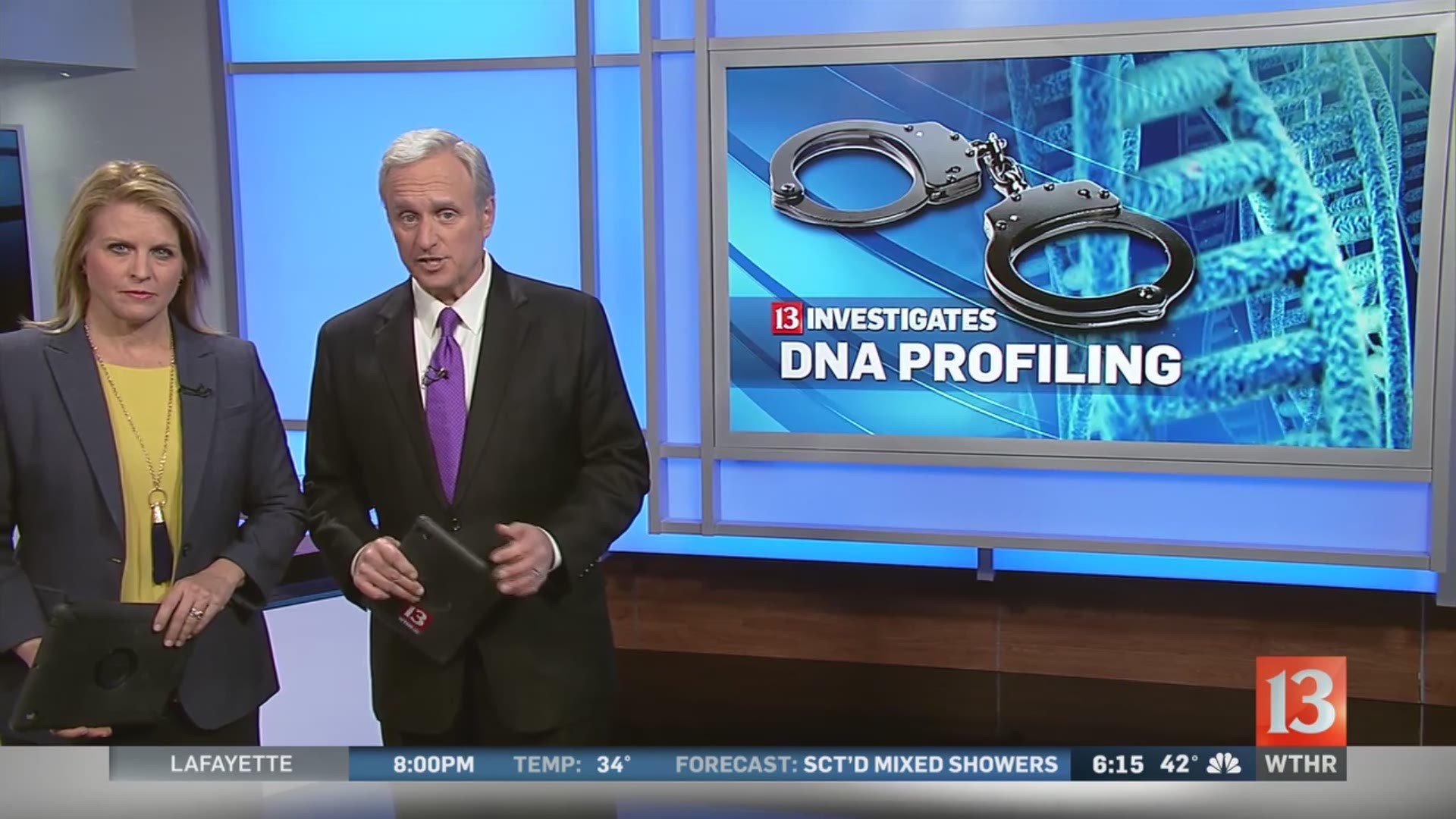 Starting in January, suspects arrested on probable cause for any felony charge will open themselves to scrutiny in other cases, thanks to Indiana's new DNA profiling legislation.

The new law requires felony suspects to submit to a DNA cheek swab.

The sample will then go to the Indiana State Police crime lab where it's processed and entered into the combined FBI/State Police database, known as CODIS.

Every week the profile will get searched automatically against other criminal evidence for a possible match to another crime.

Under the current law only those convicted of a felony are required to submit DNA. Under the new law, there's no more waiting for a conviction.

"The idea here is to be able to search those people in the database much sooner in the process," explained Kristine Crouch, the DNA Database Administrator. "That may solve crimes much sooner."

The Indiana State Police crime lab staff is being expanded to help manage the increased workload.

"We're getting around a thousand new offenders every month. After January first 2018 we expect that to go up. I really have no idea how much it's going to go up," Crouch told 13 Investigates.

The cost of the testing is expected to be absorbed under the current structure of the state's DNA system where a portion of court costs go to a dedicated fund for crime analysis and to support the CODIS system.

"We actually have a 48% hit rate here in Indiana, meaning almost 1 out of 2 unknown profiles that we search will get back some sort of information on," Crouch revealed.

The CODIS system first started in the mid 1990's. Since then, Indiana has aided in over 6,000 investigations with CODIS.

Nationally, there have been over 370,000 investigates aided by the Indiana database.

An Increase in Solved Crimes Expected

State DNA analysts said the science has also improved allowing them to look at more places on the DNA then previously possible.

"We can do more with them now with our additional chemistry and our additional software than we could 10 years ago," said Melanie Wagner, a State Forensic Analyst.

"It's just in the public's interest to know the answers to those questions sooner rather than later," Crouch said.

Senator Mike Young of Indianapolis was one of a dozen or so lawmakers who opposed the profiling legislation. In published reports he said the legislation amounted to an unwarranted search. But Crouch told 13 Investigates a similar law in Maryland has been tested all the way to the Supreme Court and upheld.

Individuals Cleared of Felony Can Get DNA Removed

Opponents also wanted to know what would happen if someone charged with a felony is actually found not guilty or cleared of the crime.

Under the law, anyone cleared of a felony can petition to have their DNA removed from the registry, but there is an important catch.

If the suspect's DNA profile matches another case in the registry during the time between a felony charge and a not guilty verdict, that match is fair game. Law enforcement can proceed with new charges in a new case and that could put the suspect right back in the registry.

13 Investigates also asked the DNA experts about Indiana's untested rape kits and the impact of trying to get more kits tested while incorporating the new DNA profiling law.

Sgt. Rich Myers with the Indiana State Police provided this statement from the crime lab:

"These are two separate issues for the laboratory. We have biology staff assigned specifically to our CODIS Unit who handle all of the receiving, processing, and reporting associated with the convicted offender samples, and after (the) first of 2018 to include the felony arrestee samples. As part of the impact associated with the passing of SB322 that mandated all felony arrestees to be included in the system, the laboratory was provided the means to hire additional staff..."

"The untested rape kits are assigned to our biology staff as received, and the members of our CODIS Unit do not normally process cases outside of CODIS needs. Because of the numbers of potential kits that may be coming in as a result of the audit of untested kits, we have asked the local agencies and prosecutors after reviewing these cases to prioritize the kits for submission. Our intake staff will work with the submitting agencies to receive their kits in scheduled batches so as to more effectively and efficiently work them. Increases in submissions above "normal" levels will have an impact on our backlog, but with prioritized submissions we hope to minimize the impact as best as we can in order to provide the service as requested."