Several seniors at a Johnson County nursing home have been told they cannot yet return to their long-term care facility after they tested positive for COVID-19. 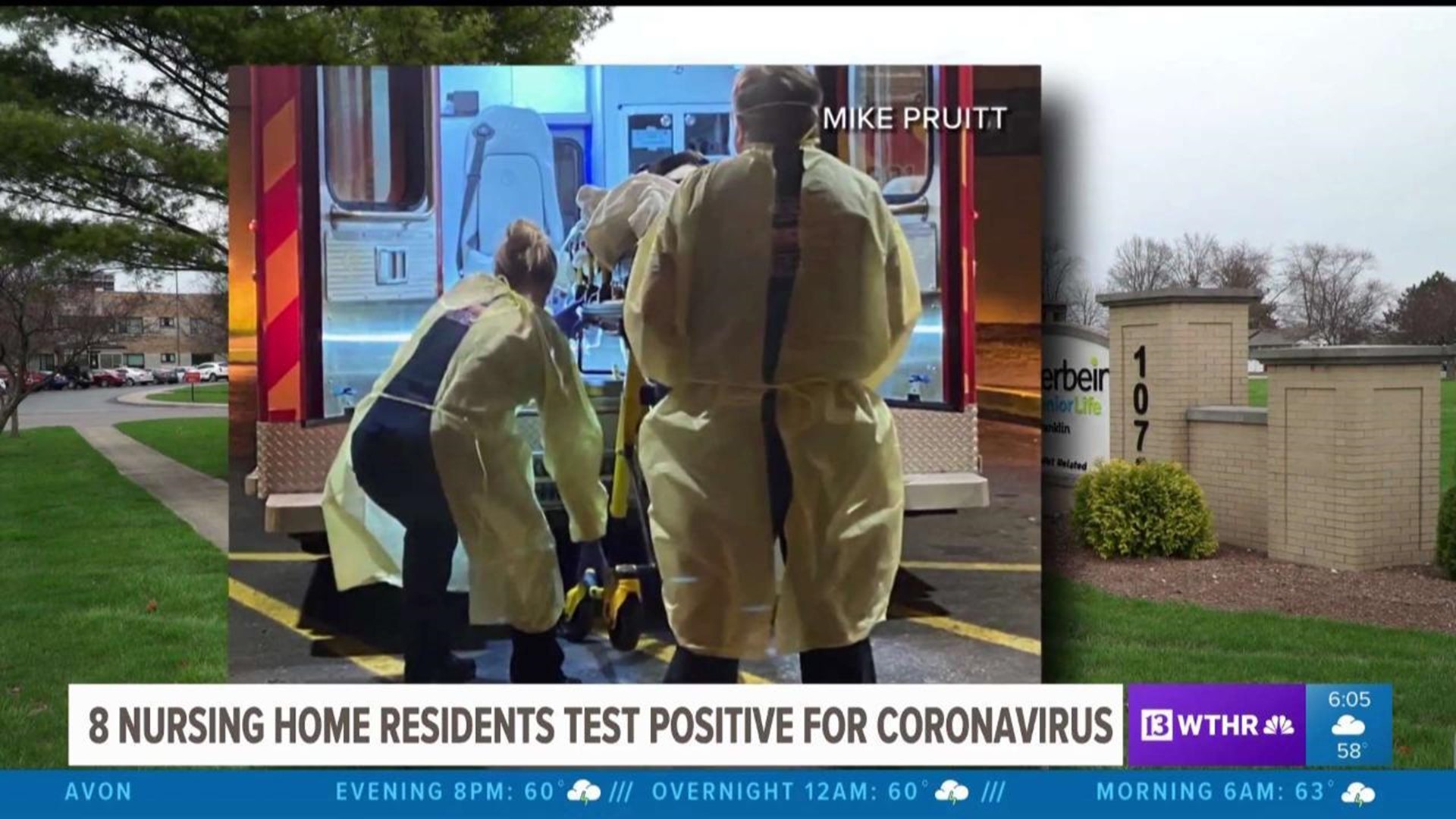 JOHNSON COUNTY, Ind. (WTHR) — First they caught the coronavirus. Now they are caught in the middle.

Several seniors at a Johnson County nursing home have been told they cannot yet return to their long-term care facility after they tested positive for COVID-19. Seven residents at Otterbein Senior Life Center in Franklin were rushed to area hospitals Wednesday night as soon as the nursing home received word that the seniors had confirmed cases of the virus.

The nursing home said all of the residents were experiencing COVID-19 symptoms and several still require hospitalization.

But 13 Investigates has learned some of the residents were told they could be discharged soon after they were taken to the emergency room, only to learn that Otterbein would not allow them to come back because the nursing home was fearful it could not prevent the virus from spreading to other patients and staff.

"Otterbein has always been of the opinion there will come a time when we will need to take back residents,” spokesman Gary Horning told 13 Investigates Friday afternoon. “Our issue was that as we were putting these protocols together — as we are defining where an isolation unit will be, where we are cleansing, disinfecting, identifying protocols and caregivers — we were not prepared 3 days ago, 2 days ago, to be in that position. We are very quickly getting in that position because we know it's inevitable."

The decision not to treat some of the seniors’ symptoms at the nursing home – let alone to prevent them from coming back to the nursing home after doctors determined they had mild enough symptoms to not warrant further hospitalization – led state health officials to very publicly criticize Otterbein earlier this week.

"We had a situation last night in which a facility sent several residents who had tested positive to the hospital when some could have been appropriately isolated at the facility at the time. This taxes our health care system and unnecessarily exposes health care workers and others to this virus," said State Health Commissioner Dr. Kristina Box.

“That’s a bunch of crap. To tell those residents they don’t need to be in the hospital but they aren’t allowed to go back home isn’t right. We can’t have people in our hospitals right now that don’t need to be there. The best place to be self-isolated with mild symptoms is at home, and for those seniors, that long-term care family is their home,” said a county official, who requested not to be identified because they are not authorized to speak on behalf of their public agency.

Friday, local and state officials met with Otterbein administrators and executives to figure out how to fix the problem. One of the county officials who attended the meeting told WTHR he was optimistic.

“They have been handling a very serious situation, and they are working very hard to resolve the issue with patient care in mind,” said Mike Pruitt, a spokesman for the Johnson County Joint Incident Management Team. “We had some good conversations, and we left the meeting saying, 'Hey, if you need our help, we are here to help you through this.'”

Friday afternoon, Horning told 13 Investigates a plan was being finalized that could return some of the nursing home residents to Otterbein within the next 24 hours.

“Of the seven people who were taken to the hospital, we know at least three or four of them will remain there. But the other three or four could be discharged home or discharged to Otterbein possibly late today, possibly tomorrow,” he said.

Several staff members who work at Otterbein Franklin’s main building, which houses more than 300 elderly residents, say they have not received proper PPE to safely work in a healthcare setting infected with COVID-19.

“The biggest concern is when we wear the same paper mask for an entire week or two. I don’t think it’s safe to keep re-using the same mask, but that’s what they tell us to do,” said a nurse who asked not to be identified for fear of reprisal.

The nursing home said, like many other healthcare facilities, it is having trouble getting masks and other PPE for its nurses.

“We are expecting more shipments of PPE over the weekend and next week, but we are worried about the consistency of those deliveries of masks, gowns, goggles and shields,” Horning said. “We are re-using masks while we’re scrambling to get in anything we can.”

In addition to the seven Otterbein residents transported to the hospital Wednesday night, one other resident, a nurse and a contracted therapist have also tested positive for the coronavirus. The nursing home is also waiting for test results for eight more residents who are now showing signs of coronavirus. They were tested yesterday and those results are expected back by Saturday.

It's a powerful reminder that nursing homes must have a detailed plan to deal with this virus before it arrives, not after.

“It’s already, I think, made it very real for all of our other long-term care facilities and our hospital systems,” Box said Friday at the Indiana Statehouse, adding that the state health department is now double-checking the coronavirus action plans for nursing homes across Indiana.

“By the end of today, our nurse surveyors will have been to all 535 nursing homes and all 202 free-standing facilities in the state of Indiana to help them prepare by sharing guidance and checklists and reviewing their plan for COVID-19 action,” she said.