Sen. Donnelly calls for federal takeover of investigation and cleanup of toxins in Johnson County

Senator Joe Donnelly is calling on the U.S. EPA to take over the entire investigation and cleanup of toxic chemicals in Johnson County after 13 Investigates discovered IDEM failed to address migrating toxins from the old Amphenol site as recent as 2013. 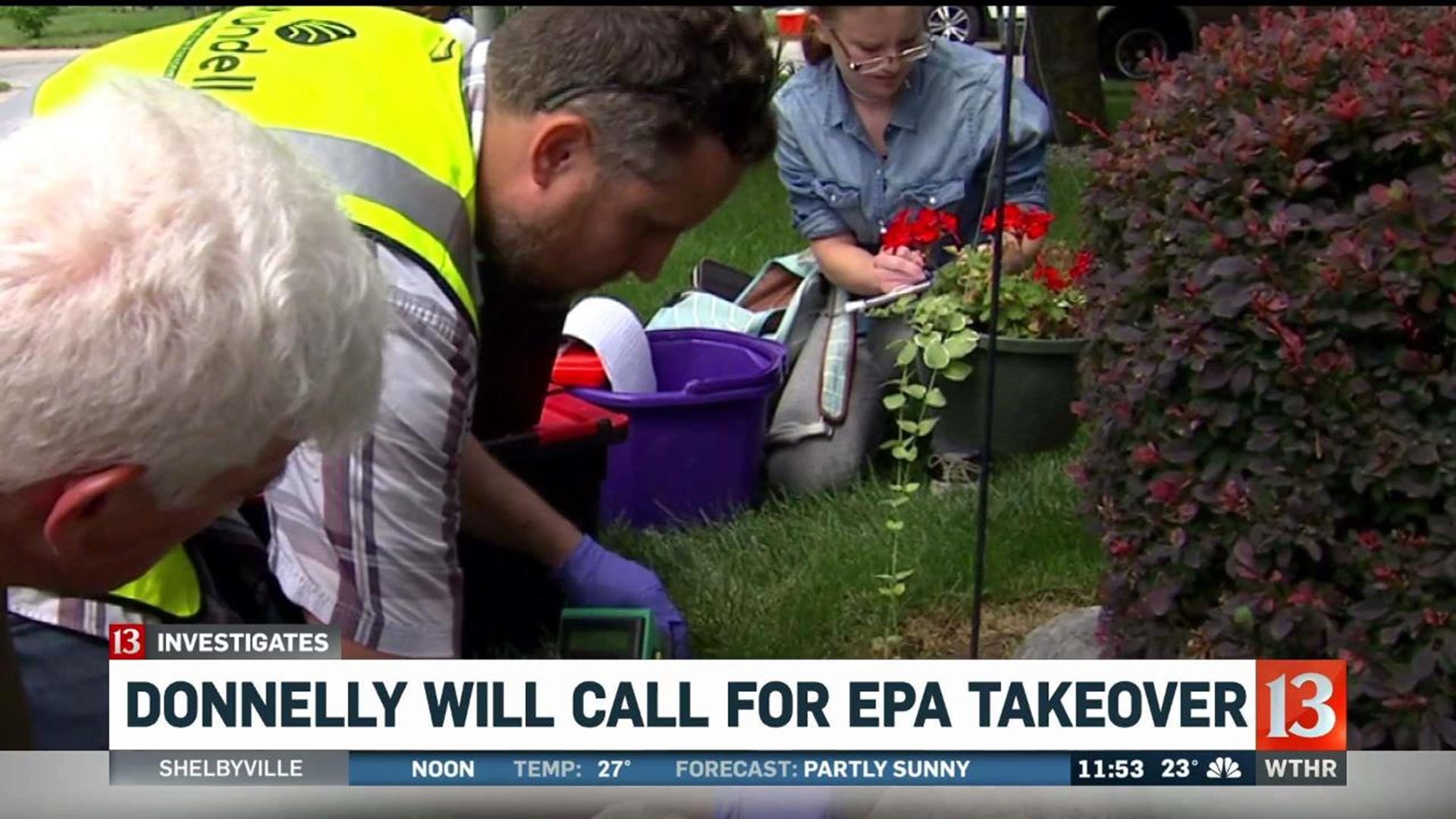 JOHNSON COUNTY (WTHR) — An Indiana Senator is pushing for a "federal takeover" of the cleanup investigation in Franklin following a 13 Investigates report.

The report uncovered documents from 2013 showing toxic chemicals migrated into a Franklin neighborhood and the state failing to act.

Senator Joe Donnelly wants the federal EPA to take over the entire investigation and remediation efforts in Johnson County, calling it a matter of safety.

Scientific evidence showing TCE, a known carcinogen migrating into a Franklin neighborhood went unaddressed for years, even though it was submitted in a 2013 report to the City of Franklin and IDEM by an environmental contractor hired by the city.

"I was not aware of that," said Franklin Mayor Steve Barnett.

Worse yet, no one made them clean it up.

Testing this year now reveals TCE levels as high as 252 times over the state's acceptable screening level, near Forsythe and Hamilton Avenue.

Citing those harmful levels, Senator Joe Donnelly is calling the EPA for a complete takeover of the investigation and cleanup in Franklin.

"I ask that you take every available action at your disposal to ensure the health and safety of the residents of Franklin," Donnelly wrote.

Kari Rhinehart, co-Founder of the group "If It Was Your Child" is equally disturbed and all in favor of the takeover.

"This is another specific example of why we want the EPA to come in because they've had all of this information. They've had years, years to do the right thing," she said.

After a week of silence, IDEM spokesman Ryan Clem says, "There was no new information in that (2013) report that wasn't already known at the time."

But Clem failed to say why the agency didn't push the EPA to clean up the migrating toxins.

Mundell and Associates, the first company to conduct testing in Franklin has provided new results after the testing of eight homes in October.

According to the report, air samples for five of the eight houses tested had non-detectable levels for the chemicals of concern.

The remaining three homes had low detections of TCE, PCE and 1,1,1 TCA.

All of the detections were below IDEM's applicable screening levels.