Report: State and Franklin city officials knew toxins were migrating into neighborhood in 2013

New questions are being raised about the lack of action taken by federal, state and Franklin city officials in 2013 after discovering cancer-causing chemicals leaching into a neighborhood. 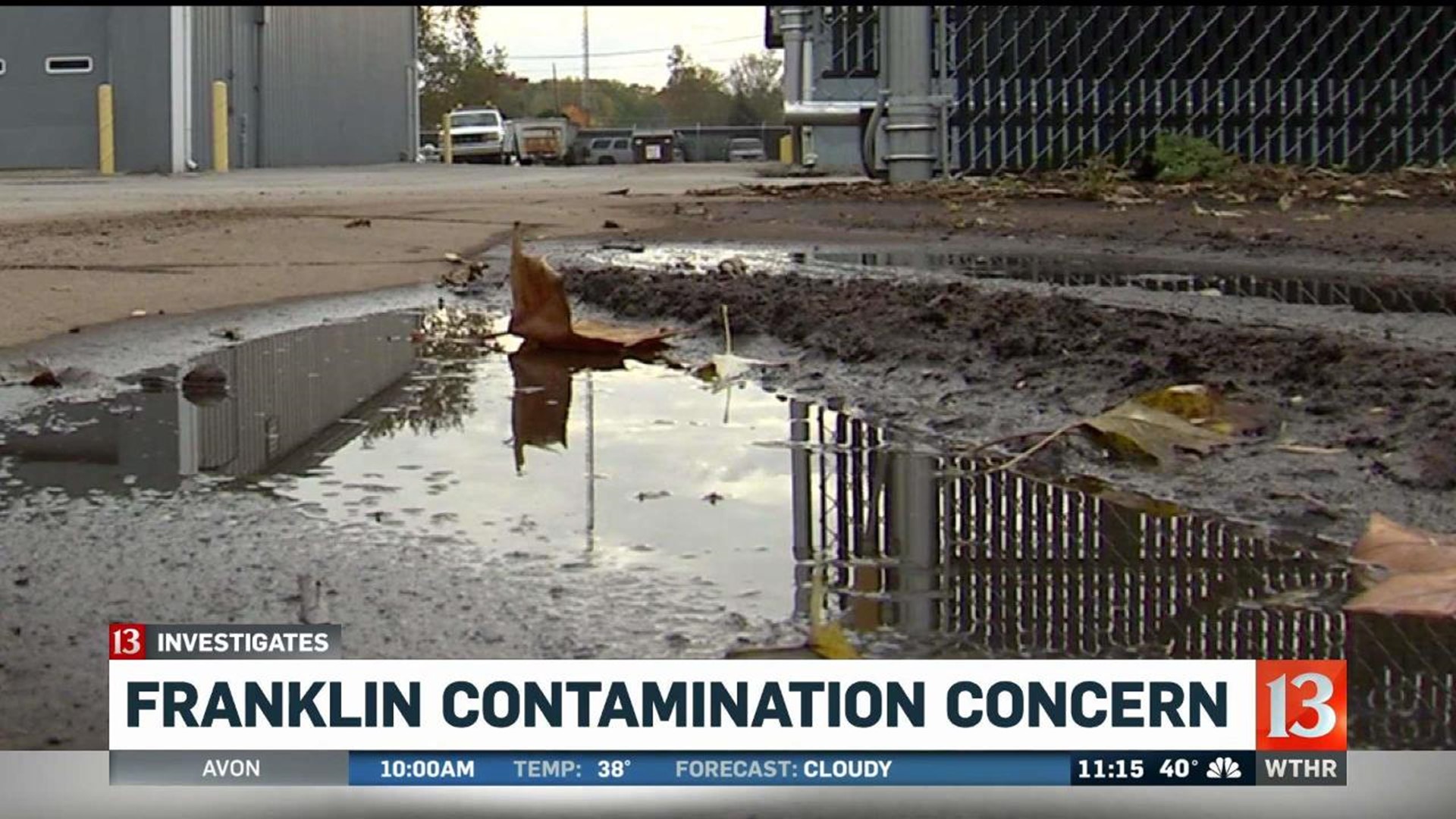 FRANKLIN, Ind. (WTHR) - New questions are being raised about the lack of action taken by federal, state and Franklin city officials in 2013 after discovering cancer-causing chemicals leaching into a neighborhood.

The new report comes to light as environmentalist and advocate Erin Brockovich visits Indiana and talks about sick children and contamination in Franklin.

Thirty homes are now targeted for testing by the EPA in Franklin, near Hamilton Avenue and Forsyth. That's where the cancer causing chemicals TCE and PCE were detected in ground water and near sewers. In one case, TCE was detected 252 times above the state's acceptable screening levels.

"I don't like the fact that there is a high level of contamination there," said Franklin Mayor Steve Barnett. "I want the high levels to be gone."

It's the first time the city's top leader and the city's environmental consultant sat down to answer questions about the investigation.

The site in question is the old Amphenol location. It has been a part of an EPA cleanup since 1985. Steven Henshaw said it's unclear when the most recent chemicals were released. He believes the pump and treat system is failing to contain the contamination site.

New documents obtained by 13 Investigates show the migration problem is an ongoing one. In fact, the EPA, the Indiana Department of Environmental Management (IDEM) and the City of Franklin all failed to take critical action just five years ago when a scary prediction came true.

"The report specifically says, and this is 2013, the model predicted TCE would be present at this site" said Kari Rhinehart, co-founder of the grassroots group "If It Was Your Child."

Rhinehart is talking about a May 2013 report sent to IDEM and the City of Franklin about leaking underground storage tanks at the street department. Testing revealed petroleum and TCE. The city's own environmental investigators wrote, "The former Amphenol facility located on Hurricane Road (less than 500 feet north) appears to be the source of the TCE in groundwater. The plumes extend offsite...Modeling from contamination discovered in 2007 predicted TCE would be present at the site."

"Where was the EPA? Where was the IDEM, the governing body of the soil and groundwater of the state of Indiana?" questioned Henshaw.

Rhinehart is asking the same question. Her daughter Emma Grace died just months after being diagnosed with brain cancer in 2014.

In 2015, 13 Investigates discovered more than half of the children diagnosed with cancer in Johnson County lived in the same area in Franklin.

It was those numbers that first put Franklin in the spotlight.

"What got my attention was the numbers," said Brockovich, talking about the number of pediatric cancer cases highlighted.

Still, despite all of the attention, not one government entity revealed toxins had migrated into a neighborhood near the Amphenol site. Not even the city.

"What concerns me is there are 10,000 other Franklin, Indianas and kids. Where did the system fail? Somebody knew something and didn't want to say something," added Brockovich.

Mayor Barnett was on the city council and the Public Works Committee at the time. Meeting minutes show he actually voted to pay for the removal of contaminants at the same site.

"I don't think it's fair to expect city officials to understand that," said Henshaw.

"If I was mayor at that time and knew that was there, we would have had Amphenol take care of their site. I've never seen that report and I've never had anybody from IDEM tell me about that report," the mayor insisted.

The thought of government officials failing to act is appalling to Rhinehart.

"To just sit and think that over and over this was brought to you and over and over again we said our kids are sick!" Rhinehart said, shaking her head in disbelief.

The Erin Brockovich Foundation is working to help groups like "If It Was Your Child" by combining data.

13 investigates has reached out to IDEM about the discovery of TCE migrating in 2013. No one responded. The mayor says he's not opposed to having the EPA take over the entire investigation.