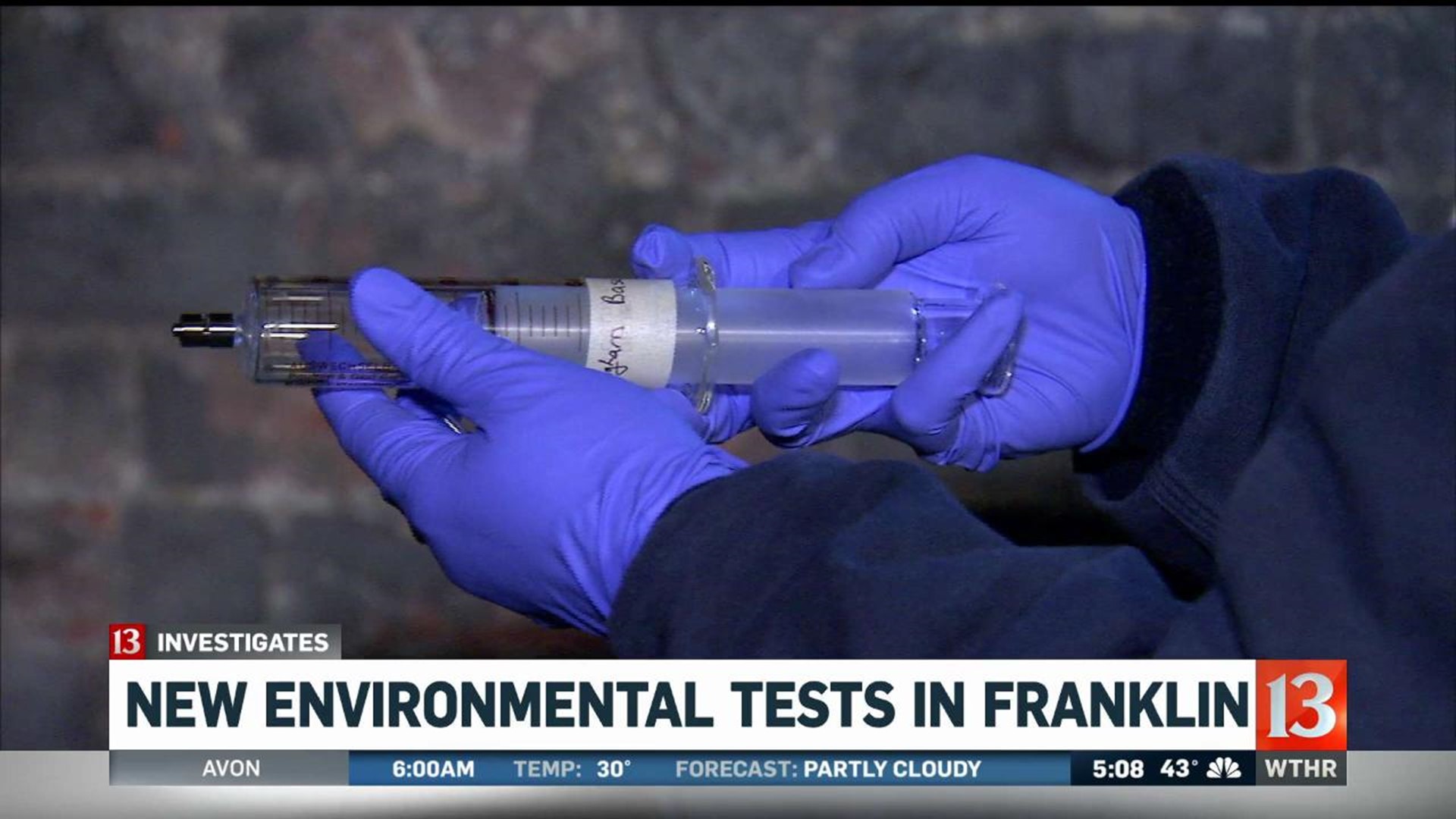 13 Investigates was there for the new collection process and when real time testing results came in.

Armed with what looks like giant needles, crews from Mundell and Associates converge on the home of David and Kathy Carlson. David, a Franklin college professor of religious studies, wants to know if vapors are intruding his home of 40 years. He just marked a year since a cancer diagnosis.

"We kind of had to find this out," David Carlson told 13 Investigates of his decision to have his home tested.

"Every person has made me feel hopeful that we're going to finally get answers to our questions. It means a lot. We've been worried about this from the beginning," added Kathy Carlson.

The Edison Wetlands Association and the group If It Was Your Child decided to bring teams in from across the country to make up for lost time by the EPA who promised to test before the government shutdown in January.

"For decades, the EPA thought that the groundwater contamination was being held on site and just recently released this plume map. This is TCE and over two dozen homes sit directly on top of the plume," said Shannon Lisa, Project Director at Edison Wetlands, holding up a map of the spreading toxins.

"We were worried that the winter months were going to get away from us," added Stacie Davidson, co-founder of If It Was Your Child. "We're really pretty excited because there are two types of testing that we're doing. We're going all week. We have 30 homes."

13 Investigates took cameras in for a closer look.

Inside, Mark Kram, a California hydrogeochemist and founder of Groundswell Technologies, shows how the system records real time data from air samples collected both in and outside of the Carlson's home.

"Allows us to within 10 minutes measure the concentration of certain chemicals of concern," explained Kram, who helped develop the technology.

According to Kram, data maps will help EWA to determine where continuous monitoring sites are placed. Kram says the technology is also in use in Australia and Belgium as well as the U.S.

"It's a game changer as far as getting real time results and really understanding the full picture," added Kari Rhinehart, co-founder of If It Was Your Child.

For the Carlsons, the testing provided good news. There were no high levels of dangerous vapors detected in their home.