Thursday morning, the U.S. Drug Enforcement Agency plans to announce that Epidiolex has been classified as a Schedule V drug, legal for sale in the United States. 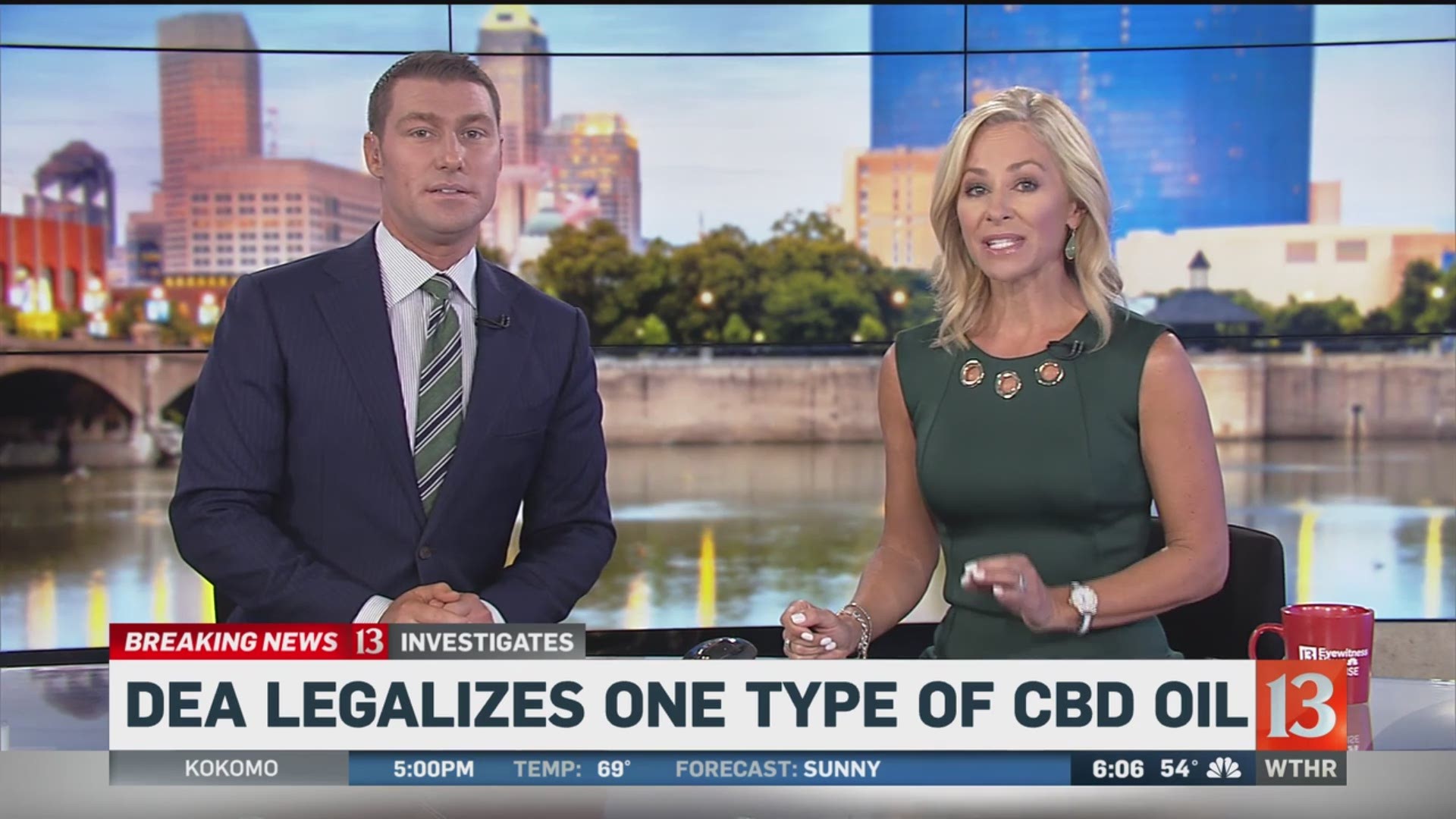 WASHINGTON (WTHR) - For the first time, a specific type of CBD oil will be legal under federal law.

Thursday, the U.S. Drug Enforcement Administration announced that Epidiolex has been classified as a Schedule V drug, legal for sale in the United States.

Epidiolex was approved this summer by the FDA for the treatment of Dravet syndrome and Lennox-Gastaut syndrome, two rare and severe forms of epilepsy. The drug, derived from cannabis plants, has proven effective in reducing epileptic seizures.

“The FDA is committed to advancing scientific research and drug development programs that properly evaluate the active ingredients contained in marijuana,” said FDA Commissioner Scott Gottlieb, M.D. “Adequate and well-controlled clinical studies supported Epidiolex’s approval, so prescribers can have confidence in the drug’s uniform strength and consistent delivery that support appropriate dosing needed for treating patients with these complex and serious epilepsy syndromes. The FDA will continue to support rigorous scientific research on the potential medical uses of marijuana-derived products and stand ready to work with product developers who are interested in bringing patients safe and effective, high quality products.”

Following FDA approval, each new drug must be classified by the DEA. WTHR has learned the DEA will designate Epidiolex as Schedule V, meaning the government believes it represents one of the least dangerous, least harmful and least addictive types of drugs on the market.

It marks the first time the DEA has formally recognized a CBD oil product as legal and safe. The agency is quick to point out that Epidiolex is now the only legal CBD oil recognized under federal law.

"What this does not do is legalize or change the status of other CBD oil products," DEA spokesman Rusty Payne told WTHR. "As of right now, any other CBD product other than Epidiolex remains a Schedule I Controlled Substance, so it's still illegal under federal law."

Many states, like Indiana, have passed individual laws legalizing CBD oil, and Payne admits that federal agencies need to target their enforcement actions towards the nation's opioid epidemic -- not arresting individual users who rely on CBD oil to help manage their pain, depression, anxiety or other medical conditions.

Indiana law now allows consumers to use CBD oil products that contain up to .3% THC - the active ingredient in marijuana that can produce a "high" feeling at much higher levels - without a prescription. Epidiolex contains .1% THC and will require a prescription.

"The move to Schedule V now means that patients can be prescribed Epidiolex by their physician or nurse practitioner to treat two rare and severe forms of epilepsy. The decision by FDA to approve Epidiolex was made following a rigorous process of research into its potential medical benefits," Payne said.

The DEA considers CBD to be a chemical constituent of the cannabis plant, commonly known as marijuana, and the CBD in Epidiolex is extracted and purified from the plant. "CBD is not psychoactive like THC, the main psychoactive substance in marijuana. While CBD itself remains in Schedule I ... this Epidiolex product and its generics are now recognized as legitimate medications for use in treatment in the United States," Payne added.

The drug is produced by GW Pharma.