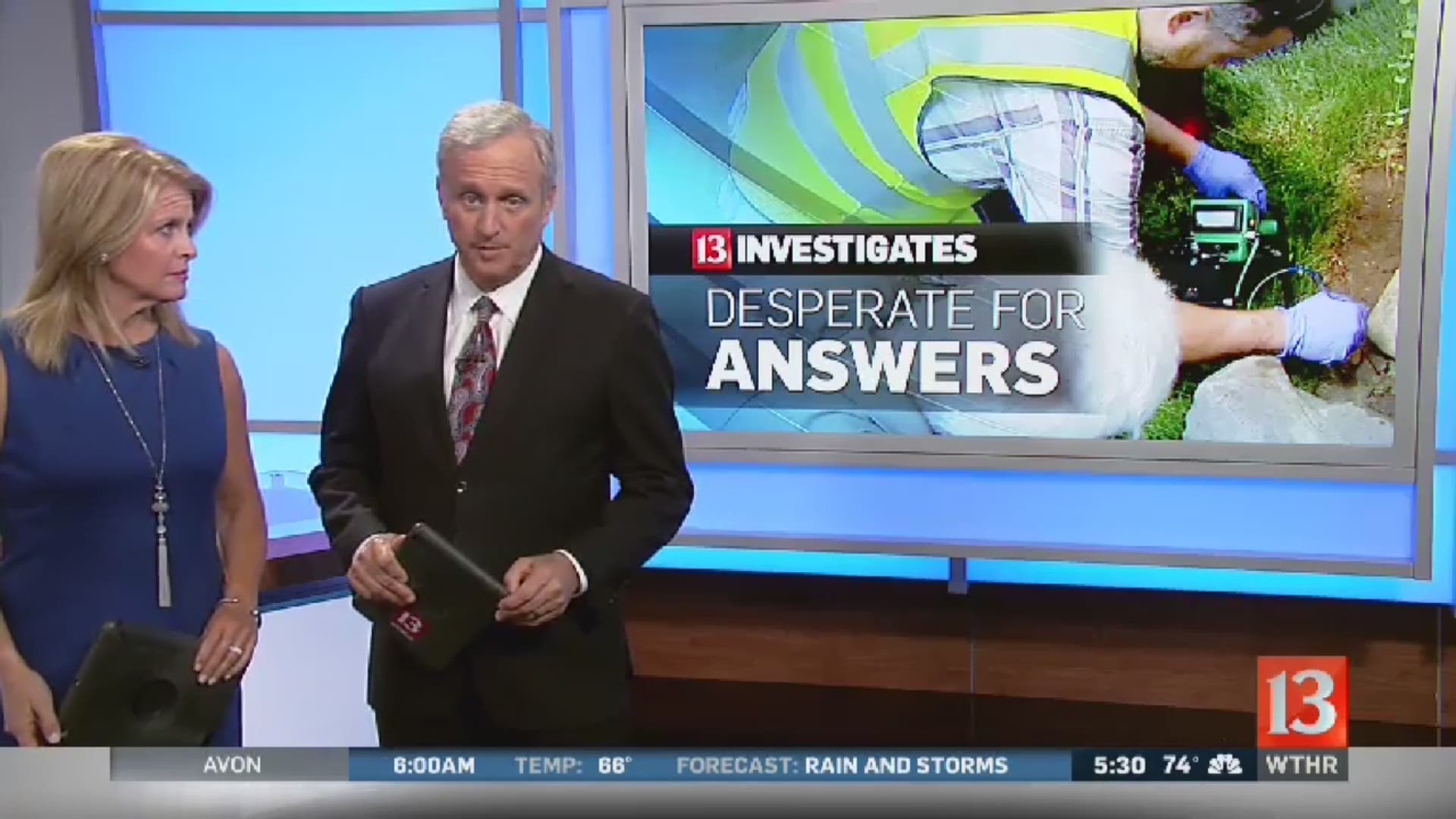 13 Investigates first broke the story about the major development Thursday.

It's welcome news in Franklin where the EPA also revealed it's working on a vapor intrusion study for an entire neighborhood.

"I'm thankful for it. I think it will be great. There's definitely communities that could use it. I hope it gets used here," said one young mother, reacting to the vote as she strolled through the Paris Estates subdivision.

"We've already done some stuff to give us some peace of mind until they do figure it all out. Hoping for the best but preparing for the worst," she told 13 Investigates.

Most homes in Paris Estates have private wells and sit within a mile of the Webb Wellfield. Test results conducted by Mundell and Associates found one of those homes with high detections of toxic vapors. It's concerning for families with children and prompted the Indiana Department of Environmental Management to test the wells at 24 homes.

"I agreed to have it tested just for peace of mind and to know where to go from here," said the mother who didn't want us to use her name.

In 2015, 13 Investigates first discovered a troubling link to childhood cancer and the city of Franklin.

Stacie Davidson's step-son Zane was diagnosed with Leukemia. He is now in remission.

The mothers thought the passage of Trevor's law in 2016 would provide a possible road map to what was making their kids and so many others sick.

But the law stalled due to a lack of funding.

"It's a huge step in the right direction and we're ecstatic about it," said Davidson, who has spent the last 3-years fighting for the implementation Trevor's Law. Trevor's Law calls for a nationwide database and coordinated procedures and guidelines for investigating cancer clusters.

"It gives us the ability to look at our kids the way we've been saying they need to be looked at all along," added Rhinehart.

The Indiana State Department of Health previously ruled out a cancer cluster in Johnson County calling the number of pediatric cancer cases "statistically insignificant." The Agency for Toxic Substances and Disease Registry is reviewing the state's work.

All of it comes amid EPA and State investigations into the discovery of those toxic vapors detected in homes within a 5-mile radius of the old Amphenol Industrial site.

13 Investigates also learned the EPA plans to conduct an air vapor study in a neighborhood just across the street from the old Amphenol site.

"We're pushing the EPA. We've already shown the contamination that's here. It's time for them to come in," said Rhinehart.

In the meantime, the Johnson county mothers hope the House of Representatives will ratify the $1-million dollar amendment as soon as possible.