A Richmond mother has taken to social media to warn parents about a man accused of molesting three preschool children. 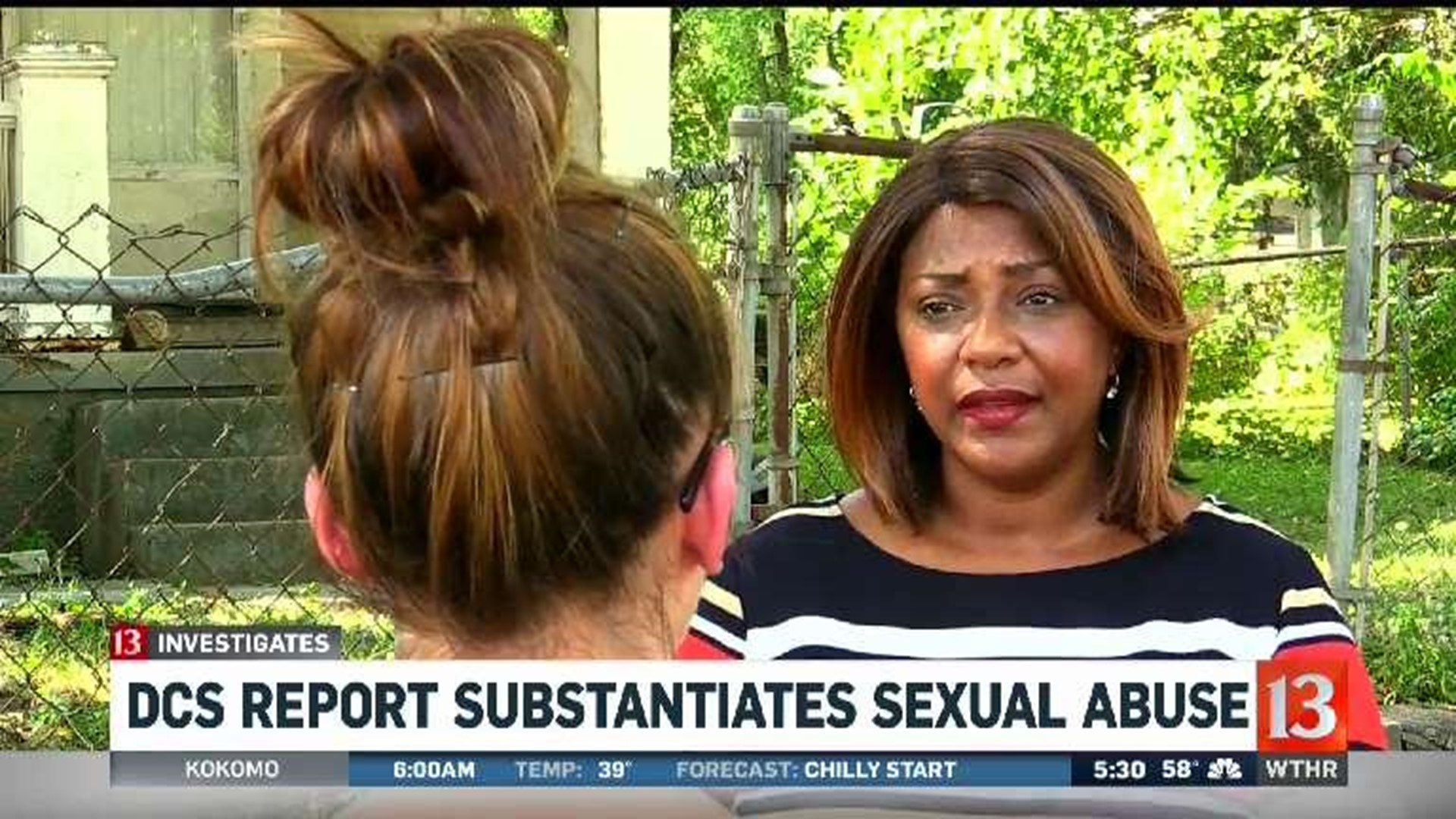 RICHMOND, Ind. (WTHR) — A daycare home once filled with nearly a dozen children three months ago is no longer considered a safe place for a group of mothers in Richmond.

It all changed after a 3-year old started talking about a man the kids called "Uncle Stephen."

Reports of child molest first surfaced in mid-July when the mothers of three children learned their preschoolers were reportedly touched by their babysitter's husband and allegedly witnessed him molesting other children.

"He said, 'Uncle Steve touches my (private parts),'" One of the mothers told Eyewitness News.

We are not identifying the mother in order to maintain privacy for her children.

Molestation cases can be difficult to prove. IMPD and other departments in Indiana rely on forensic interviews conducted by specially trained investigators to make charging decisions. Forensic investigators were used in this case.

According to confidential reports from DCS, the children told expert investigators their "clothes were off" and that the touching "happened more than one time." The DCS report goes on to say the suspect gave conflicting statements about the allegations to Richmond Police.

"They said he failed his lie detector test," added the mother referring to a "truthfulness" test the report said was administered to the suspect.

The report went on to say the suspect "denied having ever changed any of the children's diapers" but later told investigators, "It might have happened when changing a diaper," possibly referring to the touching.

In its conclusion, DCS substantiated sexual abuse according to the report provided to the mothers. Under DCS guidelines, a substantiated case means an investigation concluded that the allegation of child maltreatment was supported by state law or that "credible evidence exists that child abuse or neglect has occurred."

In the approved August 27 report, the DCS caseworker said Richmond Police were also seeking a warrant for the suspect's arrest.

But so far, as of mid-October, there has been no arrest.

The lack of action has prompted one mother to warn parents on Facebook.

"Because I felt like they weren't going to do anything," the mother told 13 Investigates.

"The case is still under investigation and would go to the prosecutor soon," Richmond Police told 13 Investigates. But that was weeks ago.

The mother is concerned that police might not be taking action for reasons unrelated to the crime.

"She (the babysitter) has made it look like he's bedridden. And even if he was bedridden that doesn't give you any right to touch children," the mom said.

At the home, the babysitter and suspect's wife invited 13 Investigates inside to see her husband receiving oxygen before another family member told 13 Investigates to leave and called police.

"He's on oxygen. We still see him all the time out on his porch smoking cigarettes," the mother said. "You can't get away with it just because you have health issues. If you were well enough to touch kids, then you're well enough to go sit in jail."

Richmond Police won't say if the suspect's health has any bearing on the case.

Major Rick Thalls of the Wayne County Sheriff's Department said the jail has an in-house nurse and also contracts with a medical company to handle inmates with medical issues. Thalls said Wayne County is an accredited facility with no overcrowding issues nor budget concerns.

Tim Horty, executive director of the Indiana Law Enforcement Academy in Plainfield said the most important issue is the safety of the children.

Horty said if an ill suspect poses no other risks to children in his home, that suspect could be placed on house arrest. He said only Richmond Police can explain the actions its department has or has not taken in this case.

Meanwhile as the mothers continue to wait, they vow not to give up drawing attention to the case.

The Wayne County Prosecutor's Office has not answered questions or returned calls to WTHR. The suspect has not admitted to any allegations.