Testing is a concern for the general public and healthcare workers. 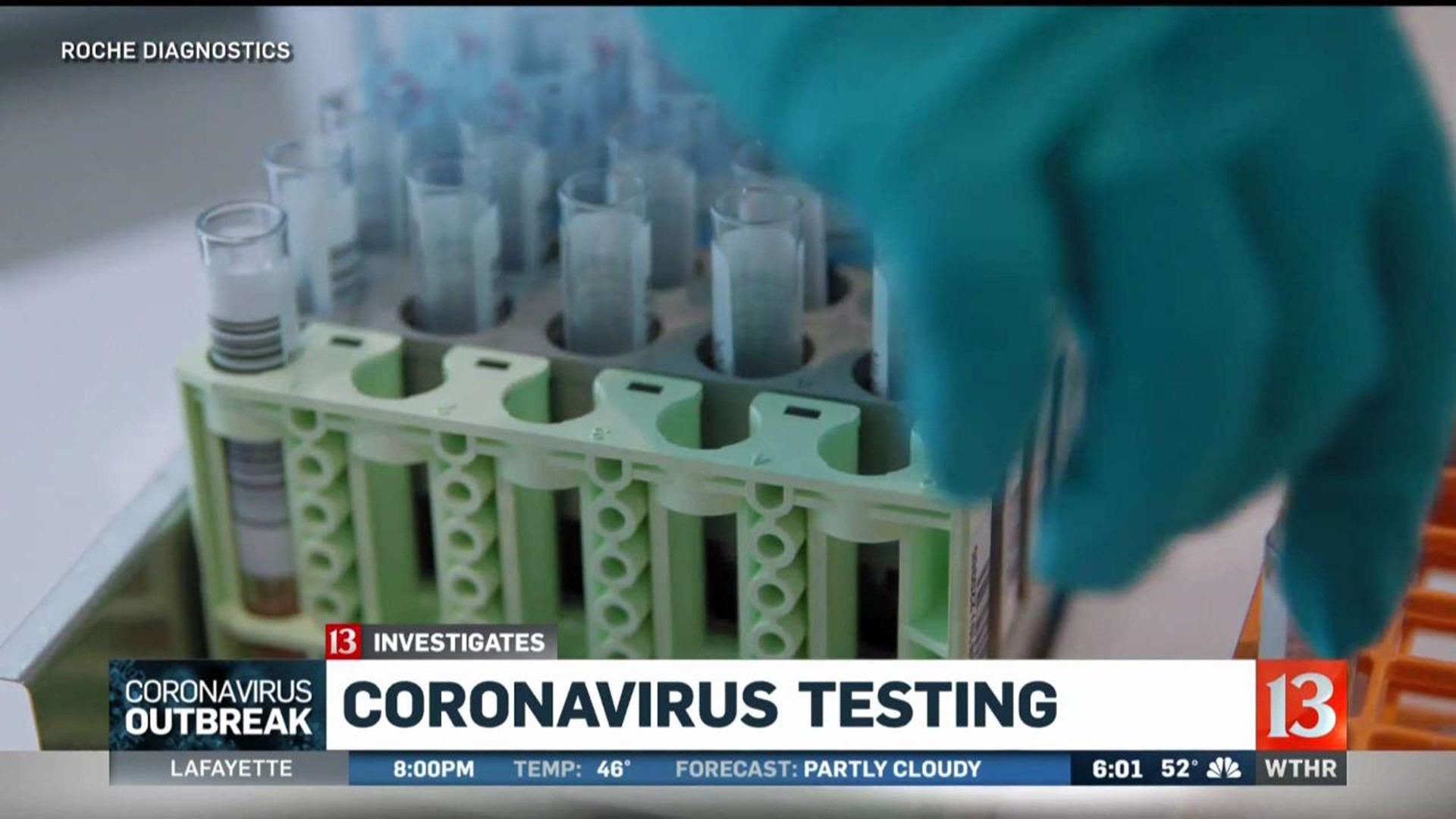 INDIANAPOLIS (WTHR) — The State Department of Health promises more COVID-19 tests are headed to Indiana this week. However, it’s unclear when they will arrive and how many more will be available.

As Indiana lags behind, 13 Investigates shows what healthcare providers are doing and why Indiana is near the bottom in some rankings.

“We understand that access to testing is a big concern for Hoosiers, and I want you to know there is no greater concern or greater priority for the State Department of Health than that,” said Dr. Kristine Box, Indiana State Health Commissioner.

Testing is a concern for the general public and healthcare workers.

"We can not afford to have healthcare workers quarantined or sidelined,” said Dr. Ram YeLeti, chief physician at Community Health Network.

And it could leave hospitals scrambling for healthcare workers to care for those critically ill from the virus.

One former healthcare worker told 13 Investigates, she's worried because "(providers) could either be exposed outside the hospital and bring (the virus) in, and/or by patients."

According to the Indiana Hospital Association:

"Hospitals have instituted protocols that require employees who are sick to be screened and to be cleared before returning to work. Hospitals are closey following guidance from the State Department of Health and the CDC."

Still, when it comes to testing:

Indiana's numbers are near the bottom of new rankings released Tuesday by WalletHub for the states with the most aggressive measures in limiting the virus.

The comparisons are based, in part, on testing.

According to the data, Indiana ranks #42 overall and #45 specifically when it comes to prevention and containment of COVID-19 and #46 for testing per capita.

(WalletHub compared the 50 states and the District of Columbia across 35 key metrics. The data set ranges from tested cases of COVID-19 per capita and state legislation on the pandemic to the uninsured population and share of the workforce in affected industries)

Federal health officials say 8,000 of those were high speed tests put out less than a week ago by labs like Roche. Still the system for getting the tests has to change. Right now it's set up on who ordered first.

Dr. Deborah Birx, a healthcare worker on the Federal Taskforce, said she has asked key platforms to push out tests based on need.

Indiana’s Health Commissioner said the new round of test kits will be prioritized, starting with the highest risk individuals, those in long-term care facilities, workers in those facilities and healthcare providers. Workers who have contacted 13 Investigates are hoping the delivery of test kits is substantial enough to help avoid a shortage in workers during the COVID-19 .