From the outside, you'd never know anything was wrong. But step inside Max McCauley’s Kokomo home, and you’ll immediately see and smell the agony. 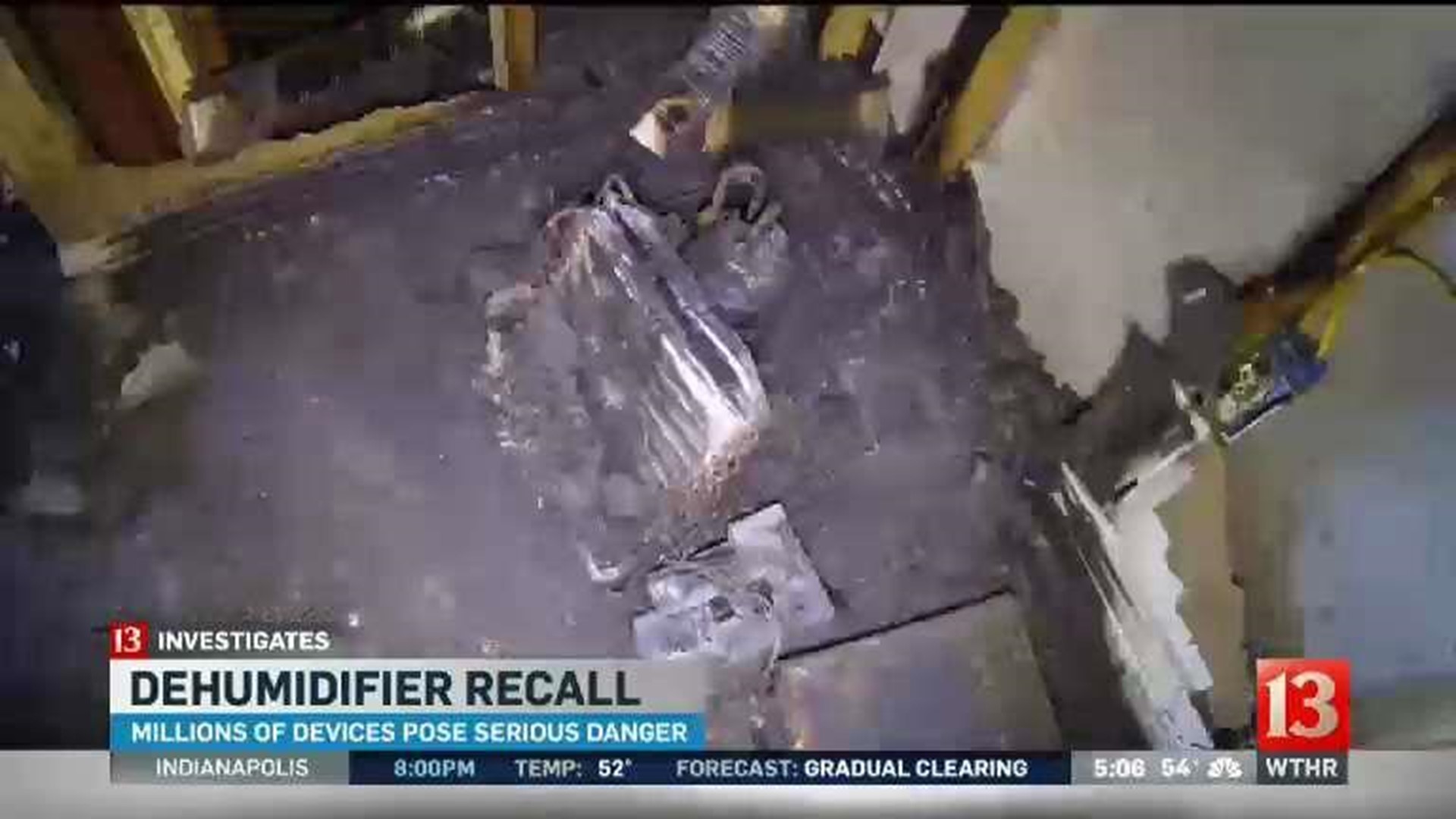 KOKOMO, Ind. (WTHR) - From the outside, you'd never know anything was wrong. But step inside Max McCauley’s Kokomo home, and you’ll immediately see and smell the agony.

“It’s just totally devastated,” McClauley told WTHR, walking through the charred remains of his basement. “This was the grandkids playroom… it’s gone. Lots of memories now.”

The basement is badly damaged by fire. Upstairs, on the first floor, the smell of smoke permeates everything. Based on the extent of the damage and estimates from insurance adjusters, McCauley says the total cost to gut and repair his home will be close to $200,000.

“All the floor coverings, all the furniture, all of our belongings -- you name it – they can't salvage anything. They said everything's got to go,” McCauley explained. “It really is devastating.”

Beyond the shock and disappointment, Max is also frustrated to learn what caused his home to catch on fire in the first place.

He led 13 Investigates to a burned collection of coils and wires in the corner of his basement -- all that remains of a dehumidifier that constantly ran in the McCauley’s basement for the past six years. Max had no idea the dehumidifier was recalled in 2013 because it could overheat and lead to a fire just like the one that destroyed his home last month.

“There's the melted down unit,” he said, pointing to the burned Soleus Air dehumidifier. “It was very disturbing to find out they were all under recall and we never knew anything about it.”

Max is not alone.

Millions of Americans now have a recalled dehumidifier in their basement or crawl space and do not know about the danger.

The numbers are staggering.

In the past three years, the U.S. Consumer Product Safety Commission has recalled 5.6 million dehumidifiers in two separate, massive recalls. Those dehumidifiers have already been involved in hundreds of fires causing a combined $24 million dollars in reported damage.

The recalls impact 60 different brands of dehumidifiers, all built between 2003 and 2013.

And they were sold at big name retailers like HH Gregg, Home Depot, K Mart, Lowes, Menards, Sams Club, Sears and Walmart -- and online at eBay and Amazon.com.

When Gree Corporation announced its original recall in late 2013, the company acknowledged a few dozen fires that had resulted in about $2.7 million in damage. Just a few weeks ago, the company agreed to re-announce the recall and, three years later, more than 450 fires and $19 million in damage have resulted from its faulty dehumidifiers.

Insurance companies and fire departments are all too familiar with the problem.

“First question they asked me: ‘Was it a dehumidifier?’ They knew exactly what it was,” Max told WTHR.

Investigators sent to study the McCauley’s house fire told 13 Investigates they see the impact of defective dehumidifiers all the time.

“It's a big problem. Done a lot of these,” said Bill Mers Kelly, a forensic engineer from Unified Investigations & Sciences in Louisville. “The biggest issue, I think, is notification. Most people still don’t know this is happening.”

That’s why Max invited us inside his home to see his basement first-hand, because right now there are still millions of other faulty dehumidifiers running in basements all over the country.

“People need to know this,” Max said. “They need to check these units because it could save a life and a lot of heartache.”

How to check your dehumidifier

To find out whether your dehumidifier poses a fire hazard, find the label on the back of the unit. Write down the brand, model and serial number and see if that information matches any of the models from one of these two dehumidifier recalls:

If your dehumidifier is on one of the recall lists, the Consumer Product Safety Commission advises you to turn it off, unplug it and stop using it immediately. Contact the manufacturer (at the links provided above) for a replacement or refund under the terms of the recall.