Over the last two years, hundreds of workers have been arrested across the country for stealing what belongs to you. 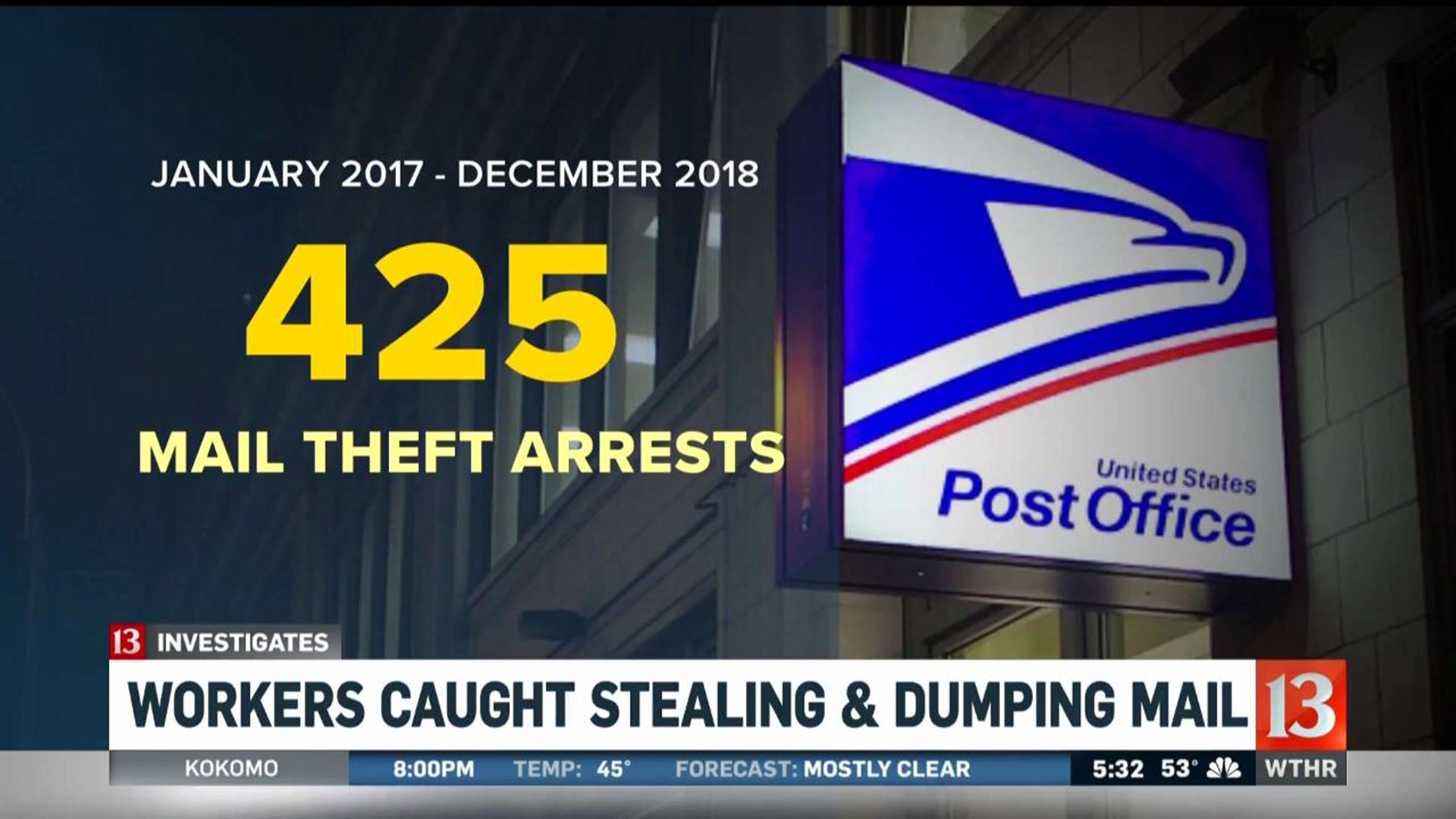 INDIANAPOLIS (WTHR) — Over the last two years, hundreds of workers have been arrested across the country for stealing what belongs to you.

Mugshots of former mail handlers from across Indiana show mail theft can be a problem in any zip code.

Postal workers entrusted to sort mail and make deliveries to your door are busted for snatching gift cards, checks and even prescription drugs right out of the mail processing centers where they work.

One employee was fired after getting caught on surveillance video at Walmart using a stolen gift card reported missing from a letter.

Another mail clerk intercepted and cashed $12,000 in pension checks from Navient in Fishers.

"We discovered the issue and turned it over to law enforcement," said Paul Hartwick, Navient spokesman. "We're pleased they were able to solve the case and ultimately bring it to justice."

And two supervisors working in different parts of the state separately confiscated package after package of potent painkillers intended for sick veterans.

The meds were from the VA Medical Center. Investigators revealed that some of the pills were sold on the street, bringing in as much as $10,000.

Still, some of the cases reported are so egregious they often grab headlines from coast to coast.

13 Investigates wanted to know how the thefts happen, where they happen and who's targeted most in Indiana.

The answers were in hundreds of pages of records on stolen and missing mail obtained by 13 Investigates from the Inspector General of the United States Postal Service.

One of the repeat targets over the years is the veterans administration.

"Each year, nearly 62,000 veterans get health care in a VA facility in central and southern Indiana. The US Postal Service is a key partner in ensuring America's Veterans get the care they have earned. We appreciate the work the Postal Service does to investigate potential crimes and then resolve them."

If a veteran suspects medication has been stolen, Griffin said the veteran should report it to police and contact the VA Pharmacy Call Center for replacements.