13 Investigates shows us what Lilly has found after just two weeks of testing. 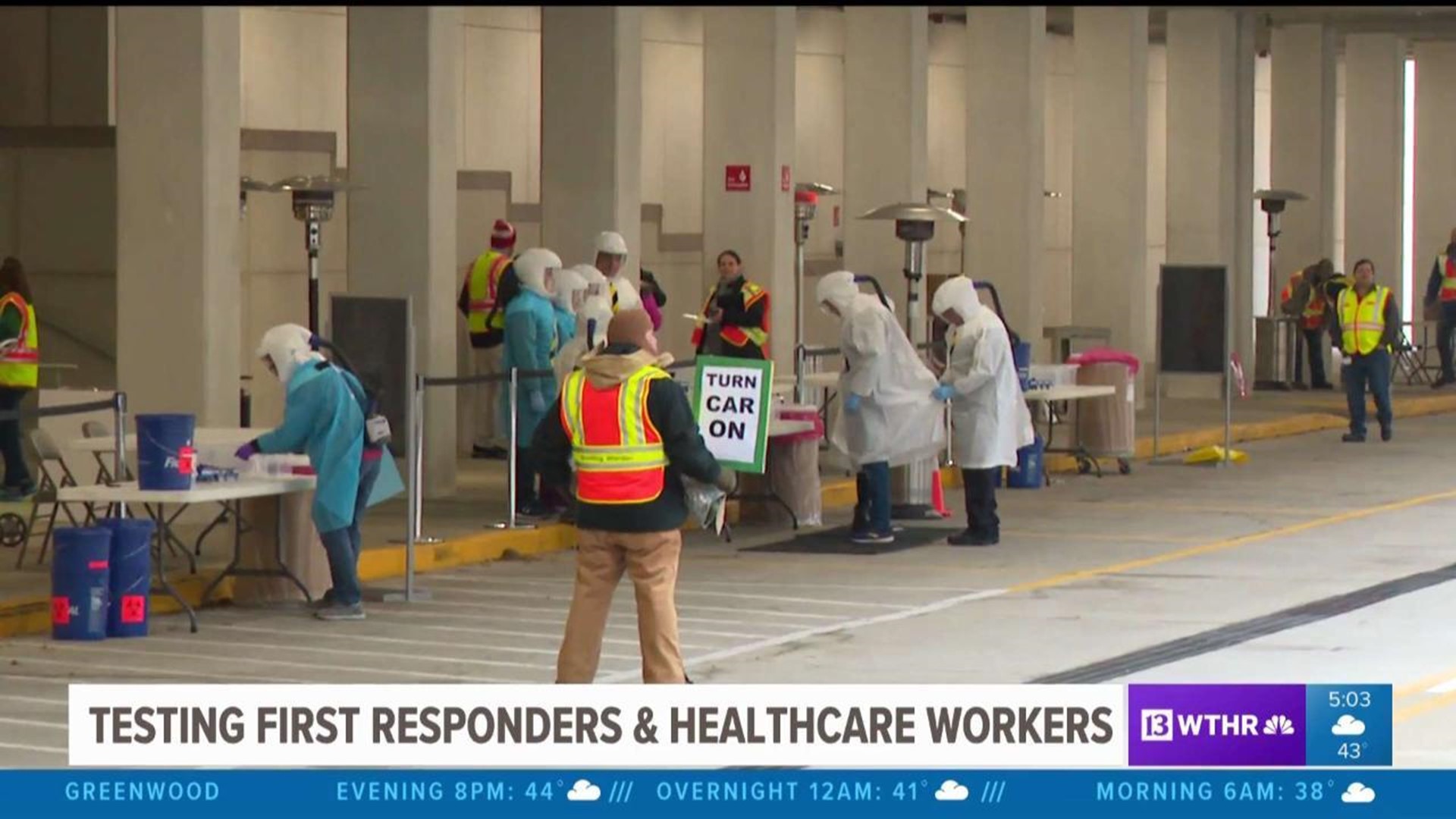 INDIANAPOLIS (WTHR) – 13 Investigates is getting a first look at the level of coronavirus infection among local first responders and health care workers.

According to new data released by Eli Lilly and Company, as many as 300 or more frontline workers have tested positive for COVID-19.

Frontline workers in Indiana moved to the front of the line for COVID-19 testing, when Lilly stepped up to provide critical support in mid-March.

Now for the first time, Hoosiers are getting a look at the impact of in-state testing for the sickest among us and for healthcare workers and first responders.

Since March 19, Lilly has run 6,000 tests for the Indiana State Department of Health.

Nearly 3,000 of those tests were for inpatients at Indiana hospitals needing emergent results. The other half came from Lilly's drive-thru testing initiative for frontline workers.

That testing started with doctors, nurses, pharmacists and others working in healthcare settings. A day later, the testing was expanded to include public safety, fire and EMS crews from Indianapolis.

According to Lilly, 10 to 15 percent of those combined tests came back positive for COVID-19.

That means of those tested, a little more than 300 workers on the front lines have already been infected by the virus.

A Lilly spokeswoman tells 13 Investigates that of the thousands of tests processed, none have been lost. But in a few rare cases, a test was not able to be evaluated due to an inadequate specimen, a cracked tube or a technical issue with the diagnostics. That number is less than 0.2 percent of cases.

While the goal for processing is 24 hours, the turnaround time at the Lilly lab is between 24 and 72 hours.

Lilly says it's doing everything to push out results as quickly as possible.