Some Indiana parents are calling for better protection from the cancer-causing chemical trichloroethylene, commonly known as TCE. 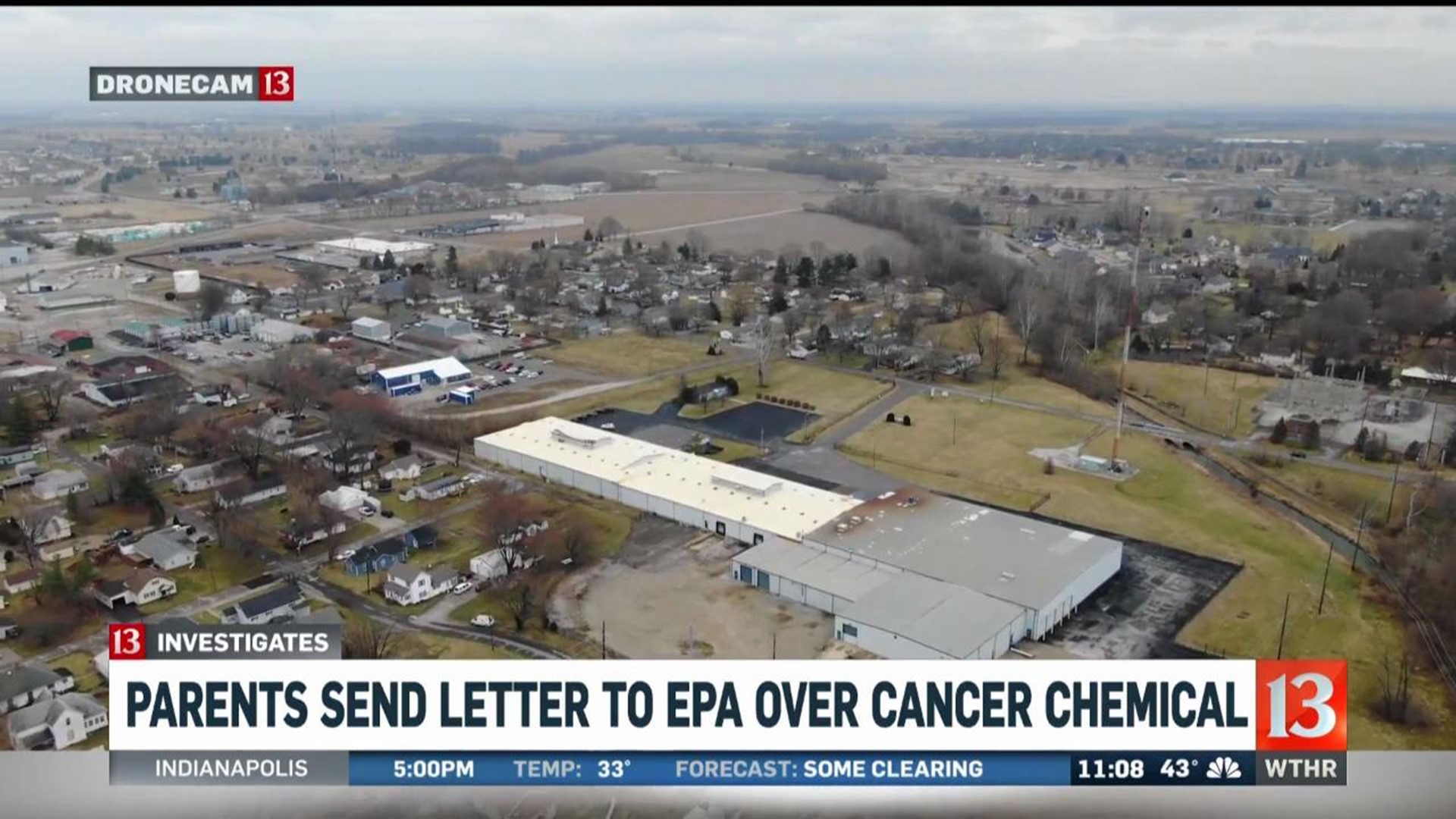 FRANKLIN, Ind. (WTHR) - Some Indiana parents are calling for better protection from the cancer-causing chemical trichloroethylene, commonly known as TCE.

Thursday, a letter signed by 300 people from 18 states was delivered to the Environmental Protection Agency requesting public hearings on the impact of TCE.

According to the Environmental Defense Fund in Washington D.C., TCE is highly toxic and is linked to a wide range of adverse health impacts, including birth defects and cancer.

Right now, the EPA is conducting a new risk evaluation for the chemical.

Stacie Davidson and Kari Rhinehart, who first raised their concerns to WTHR about the high rate of children diagnosed with cancer in Johnson County, are concerned the EPA's draft assessment underestimates the risks of TCE. Specifically, they and hundreds of other parents working with the Environmental Defense Fund believe the EPA is failing to take into consideration TCE exposures from the air, land and water.

The amount of exposure to the public is now estimated at nearly 3 million pounds per year. The parents are also sounding the alarm because the draft excludes fetal heart defects from its list of health risks determinations.

In the letter sent to the agency, the parents said, "We are concerned that, if finalized as drafted, this evaluation would lead to inadequate public health protections from this toxic chemical."

The parents have asked the EPA to respond to their request for a public hearing by March 19.