According to an IU spokesman, the organization is vetting participants from around the country to participate in that review. 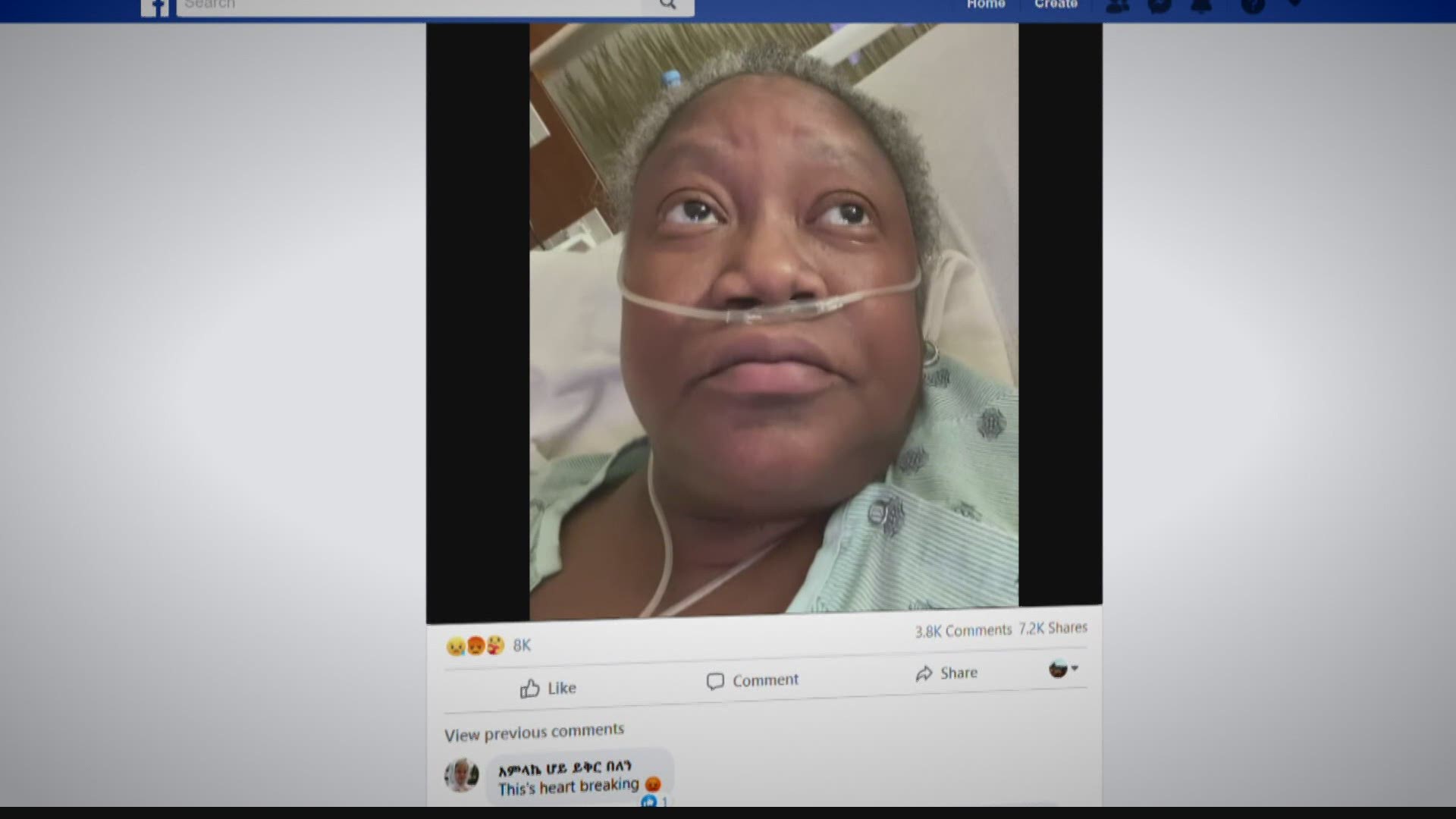 CARMEL, Ind. — Video of a local doctor suffering from COVID-19 and claiming mistreatment from her hospital bed has gone viral.

Now, Indiana's largest health network is promising an external review to determine if there was racial bias.

White Coats for Black Lives descended on downtown Indianapolis months ago, calling for equity in medical treatment. It was part of a national movement drawing attention to the disproportionate and dismal outcomes of black and brown patients suffering from COVID.

"This is the second worst day here, at IU North," said Dr. Susan Moore, almost two weeks before her death.

Dr. Moore went on to describe how she was denied treatments of Remdesivir, a popular drug now used for COVID patients. According to Moore, she was denied pain medication and proper medical scans too, until she cited supporting stats from her own charts.

"You have to show proof that you have something wrong with you in order for you to get the medicine. I put forth and I maintain that if I was white, I wouldn't have to go through that," she said in the video.

Moore also noted she was prematurely discharged and had to be re-hospitalized 12 hours after being sent home.

She sought care at a different hospital but died Dec. 20.

IU Health President and CEO Dennis Murphy said a quality review suggested Dr. Moore's care did not fail the technical aspects, but lacked compassion and respect due to a burdened system.

Still, there is an ongoing internal investigation.

But it's the promise of an independent external review drawing interest nationwide.

"(IU) will have a diverse panel of health care and diversity experts conduct a thorough medical review of Dr. Moore's concerns to address any potential treatment bias."

13 Investigates has learned more about that process.

According to an IU spokesman, the organization is vetting participants from around the country to participate in that review. The vetting is to ensure confidence.

Once the review is complete, IU Health will take appropriate actions based on the panel's findings and recommendations.

There is a GoFundMe fundraiser to help Moore's son with immediate needs and other expenses. After a strong social media response, the campaign raised more than $176,000.