The Office of the Inspector General has issued a "Management Alert" to the EPA office handling risk communication involving toxins in Franklin. 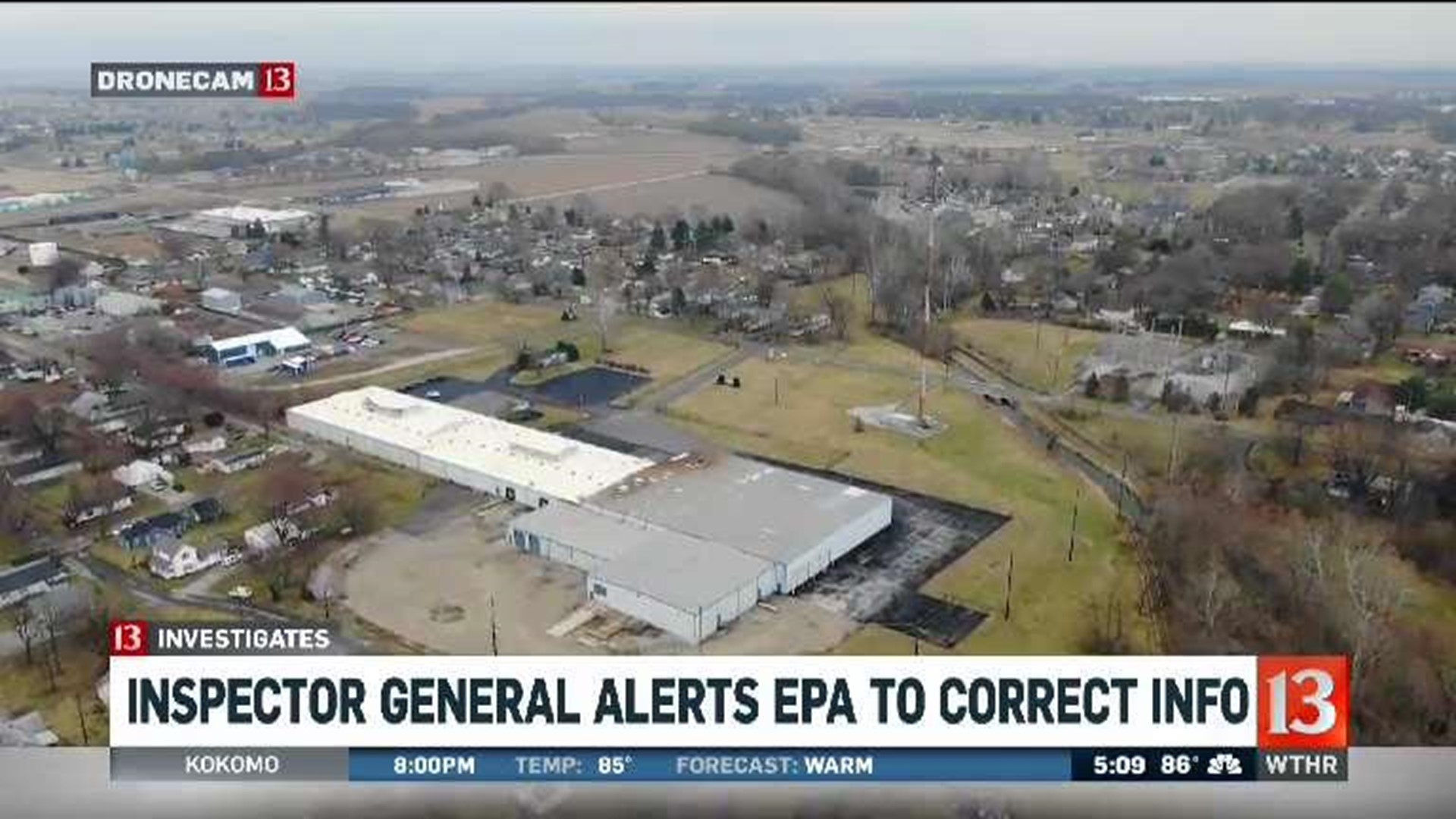 FRANKLIN, Ind. (WTHR) - The Office of the Inspector General has issued a "Management Alert" to the EPA office handling risk communication involving toxins in Franklin.

The alert comes a month after an OIG management team came to Franklin for a site visit and to seek input from the community.

In a memo released Thursday morning, the OIG is demanding the EPA correct information on its "Cleanups in My Community" website that classifies the Amphenol site as "controlled."

According to the Audit memo, the EPA website shows "both the human health exposure and contaminated groundwater migration status the same as it was in 2000.

That despite reports of contamination seeping from the site as recent as a year ago.

The Office of the Inspector General said it's concerned because people rely on that information to make informed decisions like purchasing a home or taking precautions.

"EPA's communication of inaccurate and outdated human health exposure and groundwater migration information for the Amphenol site may impact human health. Individuals may...use the outdated information to make decisions about whether, when and how they...take protective measure to limit their exposure while living, working and playing near the site," read a memo from Tina Lovingood, director of Land Cleanup and Waste Management Directorate of the Office of Audit and Evaluation.

According to the memo, the agency failed to change the 18-year old status of the site despite knowing the information was incorrect in the fall of 2018.

OIG auditors even say two managers overseeing the site defended it, and said the status "would not be updated until after testing and analysis are complete.

The OIG ruled that was not consistent with EPA guidance, which says "the status must be changed when the EPA becomes aware of contrary information."

Instead, OIG said EPA Region 5 in Chicago that oversees Resource Conservation and Recovery Act (RCRA) Program sites in Indiana should update its "Cleanups in My Community" website and any other relevant websites now and keep it current in the future.

EPA Region 5 has fifteen days to respond to the Office of the Inspector General with corrective actions.

"EPA Region 5 has taken steps to implement the recommendations from the Office of the Inspector General’s June 27 management alert. Region 5 welcomes the opportunity to help the OIG with its audit of risk communications at the Amphenol site. Properly communicating risk to the public is a fundamental part of EPA’s mission. EPA has placed a renewed emphasis on this aspect of our mission and we welcome additional feedback from the OIG review," the EPA said in a statement to Eyewitness News Thursday.