Even the best summer camps cannot prevent all injuries and illnesses, and state lawmakers want those incidents documented; but at most camps across Indiana, submitting injury reports simply does not happen – not even for the most serious incidents that make national headlines. 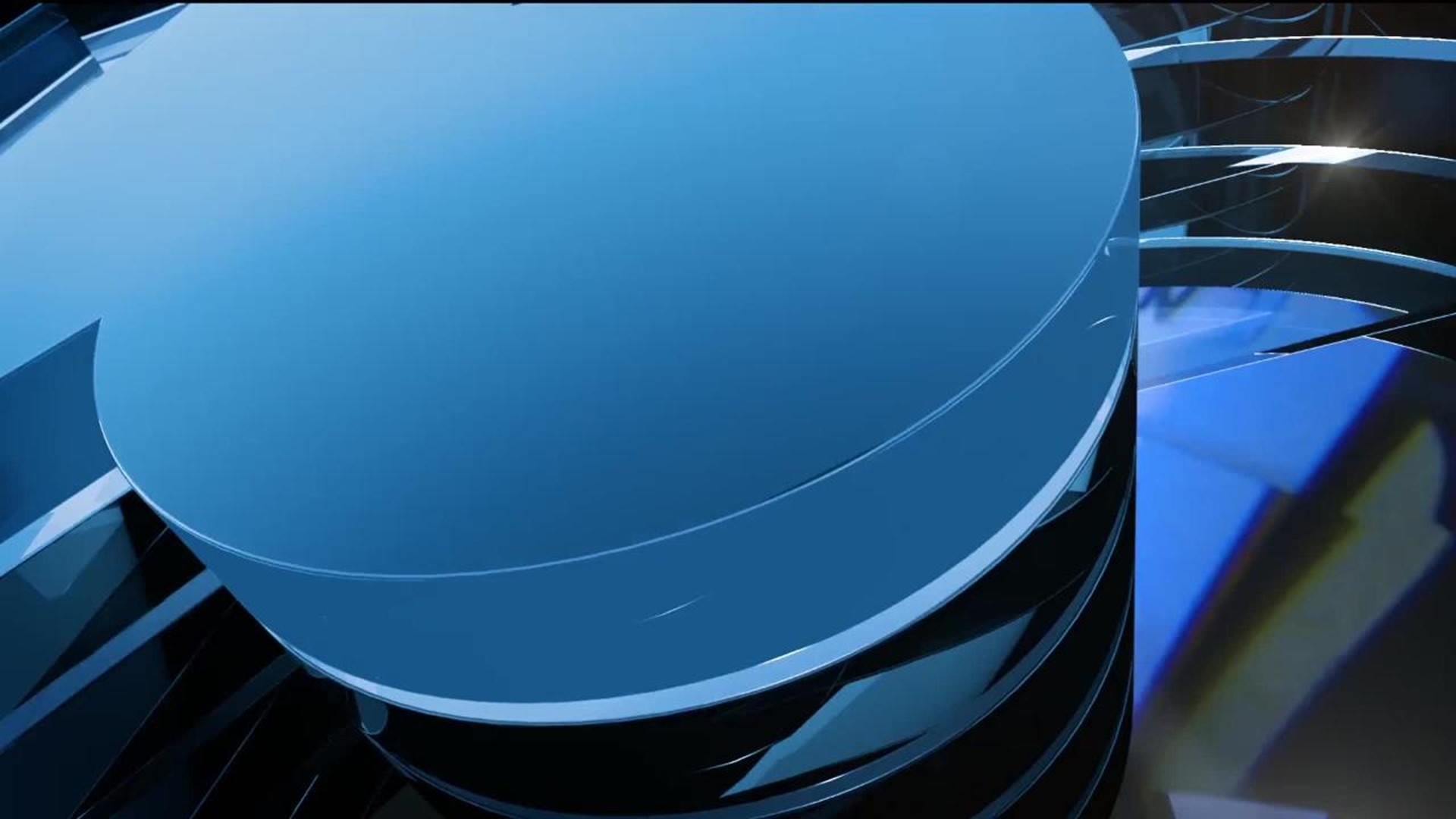 INDIANAPOLIS (WTHR) — Each summer, tens of thousands of children attend summer camps across Indiana. But when it comes to serious injuries and illnesses at those camps, state health officials have not been paying attention.

A cooperative reporting project between WTHR and The Media School at Indiana University shows most Indiana summer camps are violating state law by failing to report campers' injuries and illnesses to the state. At the same time, the Indiana State Department of Health has failed to enforce a system meant to protect children and detect serious safety lapses that might put them at risk. As a result, the state has no record of serious injuries – even deaths – at many of Indiana's most popular summer camps where mandatory reporting is not taking place.

“We want to be the safest camp we can possibly be”

Hoosier parents and children have lots of summer camps to choose from – more than 130 residential camps throughout Indiana, according the ISDH. The directors at those camps will tell you camper safety and minimizing the risk of injury is one of their most important jobs.

"We've built a reputation and a sacred trust with parents based on making the safety of our campers our number one priority," said Don Sheppard, director of the YMCA's Flat Rock River Camp located about 45 minutes southeast of Indianapolis. "Our staff is trained in CPR and first aid, we are an accredited camp … and we want to be the safest camp we can possibly be."

But even the best summer camps cannot prevent all injuries and illnesses, and state lawmakers want those incidents documented.

State code requires camps to notify the state health department "whenever there is an injury or illness to a camper that results in a hospitalization, a positive X-ray or laboratory analysis, or the camper is being sent home." The incidents must be submitted on a Camp Injury & Illness Report Form within ten days. If a child dies while attending a camp, the form must be filed within 24 hours.

"No matter how much you prepare, there are all sorts of things that could go wrong when you have so many kids and staff on property, so I think reporting these things makes sense," said Keith Rudge, the risk management director at SpringHill Camp in Seymour, which hosts nearly 3,000 campers each summer. Besides complying with Indiana law, Rudge says SpringHill files injury reports with the state for other reasons, as well. "It provides transparency and accountability, and it's also just the right thing to do," he said.

But at most camps across Indiana, submitting injury reports simply does not happen – not even for the most serious incidents that make national headlines.

Where are all the injuries?

"Most of us had been in camps growing up, so we all kind of knew that kids get sick, kids get injured, and they go home," said junior Nikos Potamousis, who submitted the Indiana Access to Public Records Act request on behalf of his classmates. "We weren't sure exactly what to expect, but we thought, 'Oh, we're going to get potentially hundreds of these things — maybe thousands,'" he explained.

Potamousis did not get thousands of injury reports from the state. He got 145 – all of the injury and illness records that the ISDH had received from summer camps over the past 11 years.

Last year's reports included incidents such as dehydration, a medication error, fractured bones and vomiting. But more than 95% of all camps in Indiana did not submit a single injury or illness report. And that systemic breakdown in reporting is the norm.

For some years, the ISDH has only two injury reports in its files. That's two reported injuries for more than 130 summer camps where tens of thousands of children engage in rigorous physical activity. And while some camps notified the state when a camper experienced "shortness of breath" or "homesickness," others failed to report urgent, life-threatening situations.

The 145 reported incidents do not include a high-profile case at Goldman Union Camp Institute in Zionsville, where three campers were hospitalized after they were struck by lightning in 2013. The state received no injury report about 11-year-old Jadyn Larky, who died last year when she was struck by a falling tree at Camp Livingston in southern Indiana.

Keep in mind, reporting camp injuries is mandatory and required by state law. The state health department can issue citations and fines to camps that fail to report. But 13 Investigates has learned the ISDH has never issued one of those citations – even in done that — not even once.

“I believe the state is simply not doing their job”

"The state is not following up and asking questions. We were just shocked by that," said Potamousis, who helped analyze the state injury and incident reports. "I believe the state is simply not doing their job."

"The investigation raises concerns about how much the state – and parents – really know about summer camp safety," said Gerry Lanosga, an IU Media School assistant professor who oversaw the class investigative project. "This falls under the category of administrative neglect. Camps have gotten into the habit of not filing these reports, and I put most of the responsibility on the state health department for not being more proactive."

Not a state priority

State health officials denied requests by both WTHR and IU journalism students to discuss this issue on-camera. But they did respond to questions, placing blame on the camps for the lack of reporting.

"The obligation to report camper injury or an illness in which a child is sent home falls to the camp. Any time that self-reporting is involved, it's unfortunately common to find some facilities are more diligent than others," wrote ISDH spokeswoman Jeni O'Malley.

Asked to explain why the state health department has failed to enforce the state's Injury and Illness Reporting System mandate for more than a decade, O'Malley suggested the program is not high on its priority list.

"ISDH must prioritize its efforts on imminent health and safety issues while working with existing resources. Those resources consist of nine inspectors who collectively are responsible for inspecting youth camps, RV campgrounds, mobile home communities and agricultural labor camps, as well as providing technical assistance with swimming pool inspections," she wrote. "ISDH is concerned that the incidence of camper injury or illness is underreported and will continue to work to educate camp operators about the requirements."

Because the state health department has largely ignored the mandatory camp injury reporting system, its ability to detect an imminent health and safety issue at a summer camp is greatly reduced.

Following questions from WTHR and the IU Media School, the state health department says it decided to send a letter to Indiana summer camps, reminding them of their obligation to file injury and illness reports.

But across the state, camp directors tell 13 Investigates they did not receive that letter, and they say the state health department has done little to notify them of the law.

Sheppard, who runs Flat Rock River Camp, said he had not heard of the state injury reporting law until contacted last week by WTHR, helping to explain why the camp has never filed an injury report with the state health department.

"We were unaware of that specific reporting requirement to the state. Now that we're aware of it, we'll certainly comply with it," he said.

"But year after year, you haven't filed a single report…ever," pointed out WTHR. "Has the state ever said, 'Don, we haven't gotten your reports yet. Why haven't you sent them in?' Have you heard from the state at all?"

Hilltop Summer Camp is about to file an injury report with the state for this camper who dislocated his shoulder at the pool. (WTHR Photo)

"I'd say no, not to my knowledge. We haven't been made aware of it," said Sheppard.

The director of Hilltop Christian Camp in Brown County echoed the same sentiment. Eric Carlson does submit state-mandated injury reports to the health department. In the past few weeks, he's had several reportable events: a camper sent home because she was vomiting, another sent home for a high fever and a third who dislocated his shoulder while jumping into the pool. But Carlson did not learn about the state reporting regulation from the health department. He stumbled upon it by accident while researching another topic on the internet.

"They haven't really said anything about it," he told WTHR. "It's a very simple 1-page form to fill out and we don't mind sending it in … but we have no idea what they do with the form after they get it."

So what does happen to the handful of injury reports that are sent each year to state health officials?

Asked why the collected injury and illness information is not made easily accessible to the public (the IU Media School students waited several months to get all the inspection reports from the state health department), the ISDH told 13 Investigates it "would be of little value to a parent trying to assess a camp."

With so few injury and illness reports submitted, the information does has little value in its current form. The state health department's decision to not enforce the mandatory reporting requirement for camp injuries has weakened a reporting system that would have otherwise yielded hundreds or even thousands of records over the past two decades.

If the state health department were to enforce the law, some camp directors believe making the reports more accessible to the public would provide a powerful tool to help parents make more educated choices about summer camps.

"If you're going to be dropping your kid off at camp for a week, you want to know everything you can about it. I think the reports could be good for everyone," Carlson said.

More about the reported injuries

The IU Media School's research reveals the most common injuries and illnesses reported by camps involve common colds, hay fever and stomach aches. Campers suffered 32 broken bones and strains, and the reports included some more unusual injuries such as a camper who had a lacerated spleen and another who was hit by a truck.

Summer camps reported two deaths, including a boy who died in 2009 after using a water slide at Camp Ray Bird in South Bend. According to the injury report, he left the slide, walked about 15 feet and then collapsed. Camp Ray Bird submitted more than half of all injury and illness reports filed in Indiana over the past 11 years.

Since the vast majority of camps are not filing any reports, it is not possible to assess whether any particular camp is more prone to problem than others. You can see the full IU Media School report here.