A temporary shut down of payments means some Hoosiers will have to wait longer. 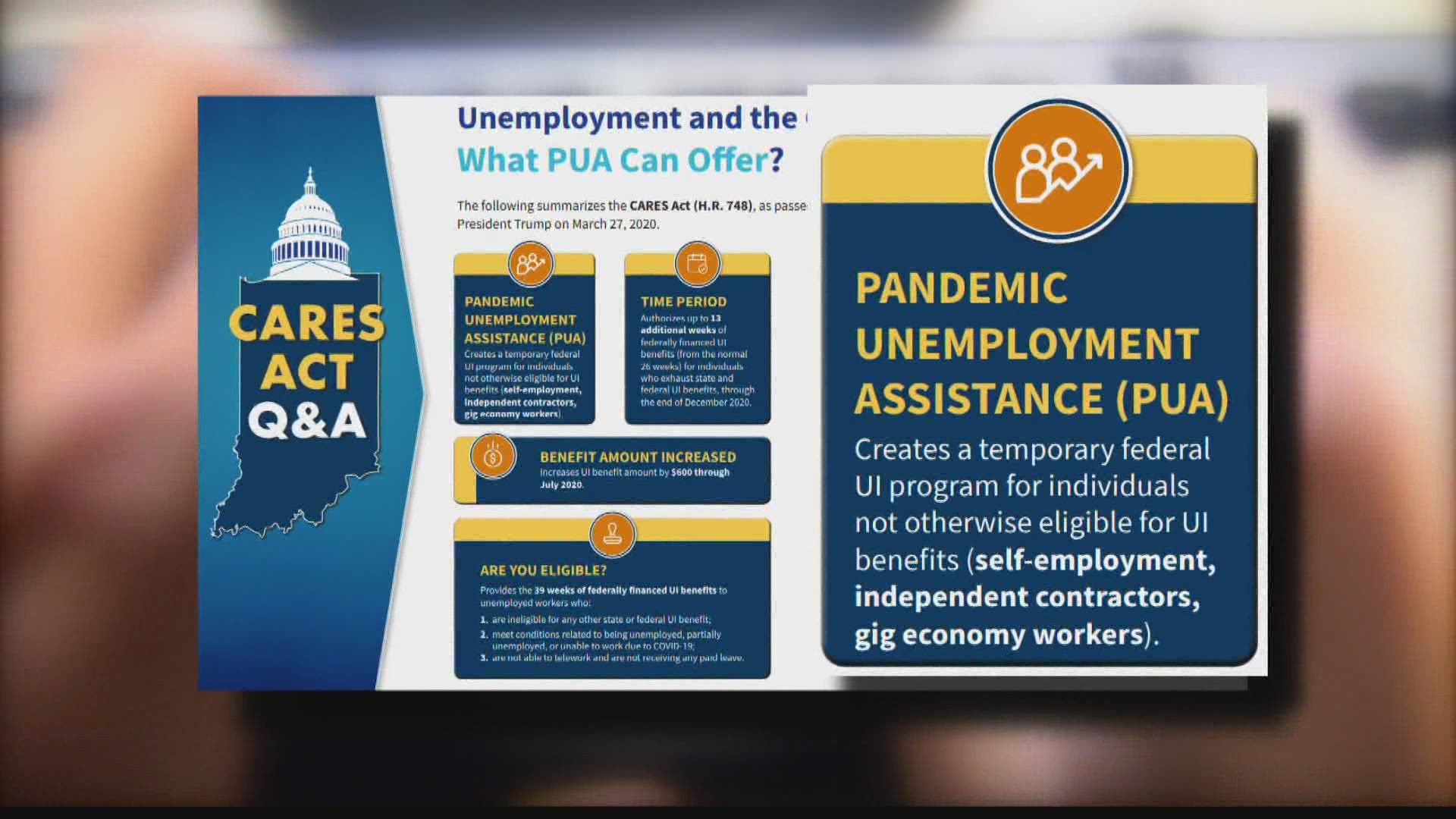 INDIANAPOLIS — Indiana's Department of Workforce Development confirms to 13 Investigates it's a target of fraud and shut down claims processing last week to track thousands of potentially fraudulent claims.

Millions of dollars could be stolen.

Thousands of workers across Indiana, left jobless and awaiting unemployment benefits, are now suffering another blow.

"Why are you going to penalize the claimants that need the money, because you've got an issue with someone going in and hacking accounts," questioned one of those workers 13 Investigates will call "Millie."

The week of July 6, the Department of Workforce Development confirms it stopped processing unemployment claims for four days to track down a surge of fraud in payment system.

For applicants like "Millie," who asked not to be identified publicly, it means after 6-weeks of waiting for a determination, she'll face more waiting and extra steps that she fears could lead to more fraud.

She told 13 Investigates about an email she received from the state agency.

"Had you ever heard of anything like that before?" asked 13 Investigates Reporter Sandra Chapman.

13 Investigates asked Richardson if "Millie's" account of the new requirement is accurate.

"It is accurate. And I think this is something for people to be careful with," he said, addressing concerns about sharing yet more personal information.

So how did DWD come to take these measures?

Richardson confirms fraud alerts started in late June after two weeks of dramatic spikes in unemployment claims. From one week to another filings increased nearly 69 percent.

"There was nothing in the economy that would justify those numbers moving as quickly as they did," explained Richardson. "It really looked like we were the state being targeted."

Targeted with massive filings to tap into the PUA, the
Pandemic Unemployment Assistance fund.

That's the fund passed by Congress for contract and gig workers. It also adds an additional $600 onto a traditional unemployment claim. In the traditional system DWD can contact an employer to verify information. The problem is there's no way to verify much under the PUA.

In May, a U.S. Department of Labor memo warned: the "risk of improper payments and fraud is significant."

Millions of dollars are at stake, but DWD won't say how much has already been lost.

"There are going to be dollars there, but I couldn't tell you today what that number is," he said.

13 Investigates turned to the U.S. Department of Labor to get an idea of DWD's 2019 numbers.

The agency paid out more than $227 million dollars last year.
More than $16 million of that amount was considered an overpayment.

The Department of Labor also estimates Indiana lost about $13 million to fraud.

"If the question is, 'will those payments be higher this year?' The answer is absolutely," he said referring to the 2019 numbers.

Since March the state has paid out $3.6 billion.

That provides some idea of how extensive the fraud could be. At the same time, the DWD says it's weeks away from running out of money in the state's traditional program. The agency might need a federal loan, but has not made a determination yet.

According to the agency, there are still claims between March and May that remain outstanding. Some of those claims might be flagged for potential fraud if the applicants used phone numbers or other information already included in other filings.

DWD says right now the percentage of claims paid are:

The extra $600 from the Pandemic Unemployment Fund will be available until the last week of July, ending July 25. Contract workers can still get assistance through the end of the year. But those payments will be capped at $390 per week.

If you have filed and are waiting for a determination and don't get approved until after July 25, you are eligible for all benefits that were available during the specified time period including the $600.