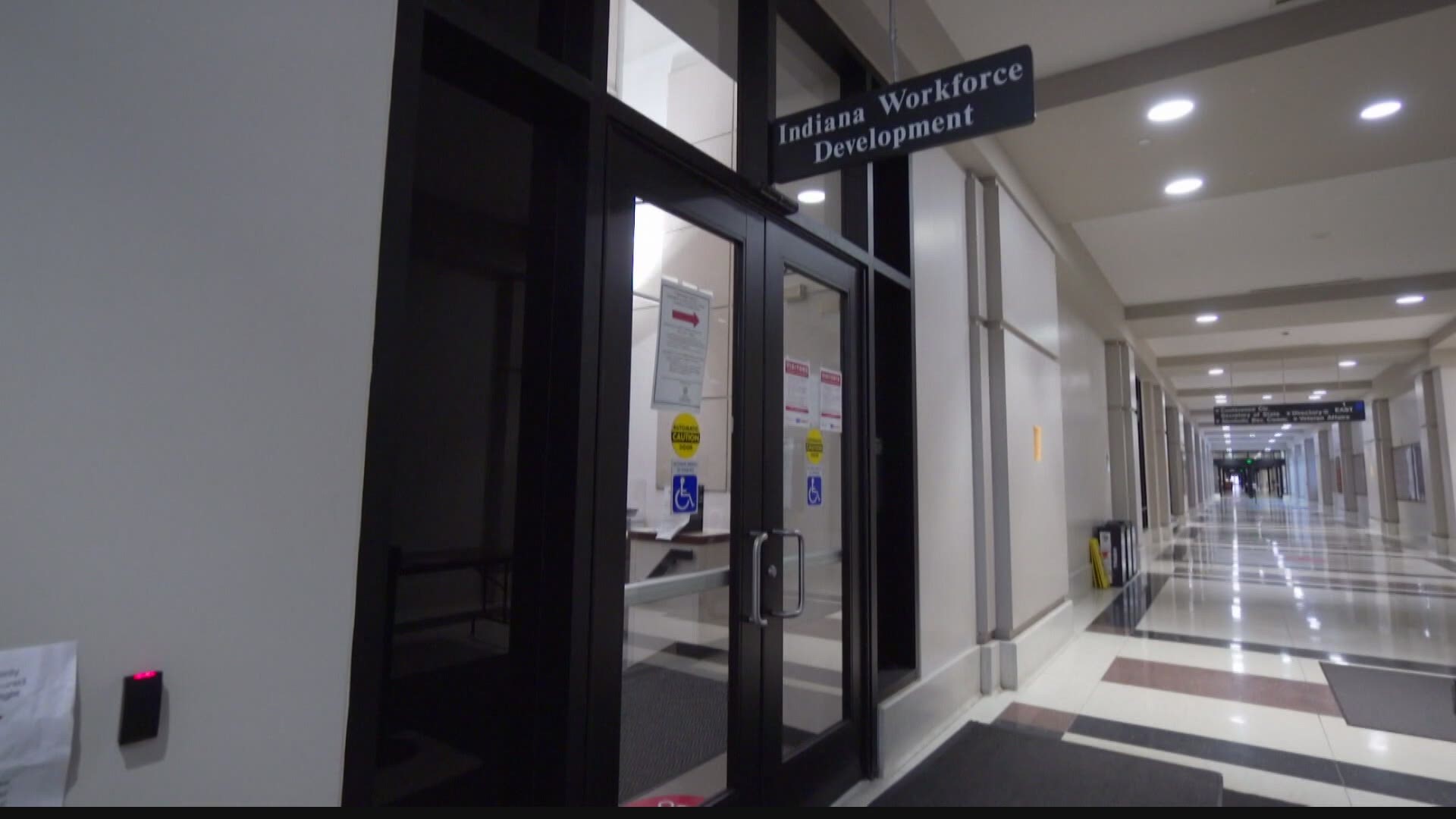 INDIANAPOLIS — Indiana has now restarted federal unemployment benefits for thousands of laid-off Hoosiers, according to leaders with the state’s Department of Workforce Development.

But last month, Indiana Governor Eric Holcomb cut off the pandemic unemployment help early for about 120,000 Indiana residents who were still filing claims. He said the programs were no longer necessary due to low unemployment rates that made it difficult for businesses to find enough workers.

Frustrated workers sued the state, claiming that ending the federal benefits early violated state law. A Marion County judge and the Indiana Court of Appeals agreed, forcing DWD to reimplement benefits it shut down on June 19.

DWD says the payments will be retroactive, so all benefits stopped during the interruption can still be claimed by filing the proper claim online.

While thousands of Hoosiers are now getting the federal unemployment benefits the state halted a month ago, thousands of others are still stuck on hold.

“I can’t get my application to be processed by anybody,” said Amanda Cloud, who lost her job as a bartender last August.

She started filing unemployment claims immediately, but 11 months later she still hasn’t received a dime from DWD. She cannot get anyone at DWD to tell her why her unemployment and PUA claims have been denied. Now she’s facing foreclosure on her home.

“I’m at the point I don’t know what to do. There’s a good chance I’ll lose my house,” she told 13News Friday morning. “I’m at a place in my life I never thought I’d be at, and I don’t know how to get out of it.”

Cloud is not alone.

The vast majority of those appeal cases involve Hoosiers waiting at least four months for an appeal hearing (not to mention the delays prior to filing an appeal) with thousands of Indiana residents waiting between six months and a year to have their cases heard.

“If there is someone who is waiting beyond 21 days, there’s some conditions with their matter. We’re going to continue to work through those and we’re going to give them the attention that they need,” DWD Commissioner Fred Payne told 13News Friday morning when asked for an update on the delays.

Cloud has gotten plenty of attention. She just hasn’t gotten any help.

Her repeated letters to DWD over the past 11 months have gotten responses from Andrea, Jaylen, Syndi, Bernard, Erica, Rebecaa, Reanna, and other DWD staff members who all said the same thing: “Your claim is under review and a claim investigator will be contacting you to resolve the issue.”

“It’s a sick joke is what it is,” Cloud said after hearing the same reply for nearly a year with no resolution. “It’s a horror story really.”

13News told the DWD commissioner about Cloud and asked what he can tell her and others in the same situation.

“We are working through every case we can and you’ve given me a person’s name. We’ll follow up on that person’s claim,” he said, also pointing out that most claimants get their money within three weeks.

While DWD leaders pledged they would try to help Amanda Cloud, the reality is there are thousands of Amandas across the state, still waiting many months for their unemployment.

If you are one of them, tell us your story. We’ll forward it to DWD to see if they can help you too. You can find the short form to fill out here.

Paying back the money

At Friday’s media briefing, DWD also addressed concerns that many Hoosiers who received unemployment benefits are now being informed they must pay back part of the money they received.

The state acknowledges it did make overpayments to thousands of people, but Ahley said those repayments are on hold for all claimants who either file an appeal or submit a repayment waiver request.

“Indiana does have an overpayment waiver program,” she said. “If a claimant appeals or if they request a waiver, there will be no attempt to collect the overpayment until those processes are resolved.”

You can find an overpayment waiver request application (in English and in Spanish) here.