Indiana National Guard members get vaccine for work in long-term care facilities; but will depart facilities at year's end

Sixteen total sites were chosen as part of the pilot, but Indiana and New York are the only National Guard sites. 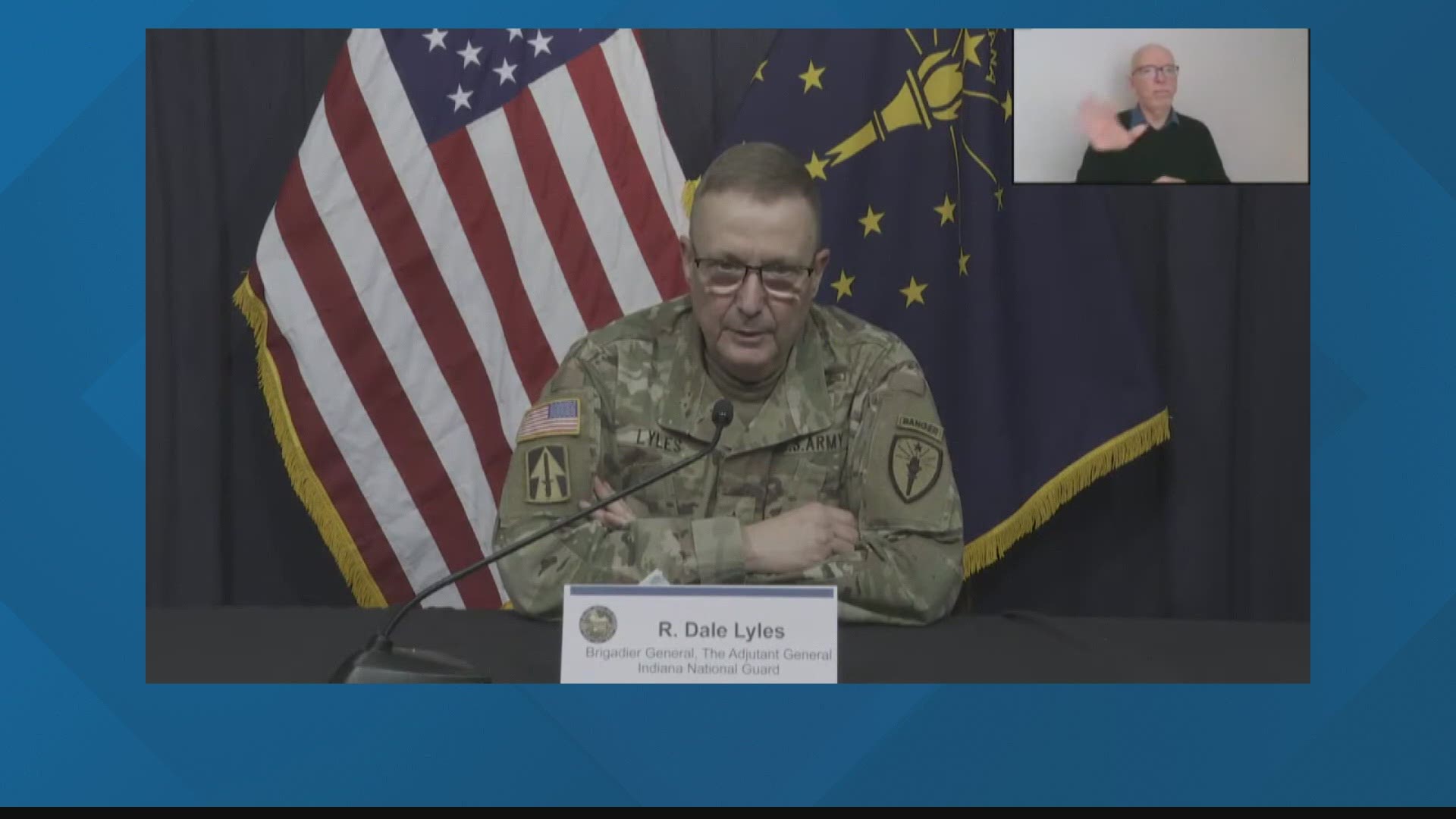 INDIANAPOLIS — Just one week after the Department of Defense announced a "controlled pilot program" to distribute nearly 44,000 doses of the COVID-19 vaccine, about 200 high-priority members of the Indiana National Guard have received vaccinations at the armory in Franklin.

The group is among the first in Indiana, and among the U.S. military worldwide, to receive the vaccine. According to the Indiana National Guard, the doses were part of the Defense Department's allotment and did not come from the State of Indiana.

"Indiana was chosen as one of the first pilot states by the Department of Defense to participate in the COVID-19 vaccination, along with New York," said Adjutant General Dale Lyles, Indiana National Guard.

Sixteen total sites were chosen as part of the pilot, but Indiana and New York are the only National Guard sites.

The remaining sites include military hospitals or installations in the following cities:

The DoD said it's based on the number of high priority personnel working in long-term facilities and the availability of cold storage units and medical workers to give the shots.

"We have guardsmen in all of the 534 long-term care facilities that are providing administrative support helping the facilities to wipe down areas and other things, really make a difference to support a very fatigued long-term care staff," said Lyles.

Long-term care across the state is in crisis.

As of Dec. 16, there were 1,400 new confirmed cases of infection and 265 new deaths. But state health officials confirmed it's not likely COVID vaccines will be available for residents in those facilities until the first of the new year.

At the same time, there is no widespread plan for the National Guard to remain in the facilities much longer.

The hope is the plan works for both long-term care and the military. One to stop the spread of the virus, the other to create a model for administering the vaccine to armed forces all over the world.