The Indiana Department of Environmental Management has now opened a new contamination investigation into the old Franklin Power Products site at 400 Forsythe Street in Franklin. 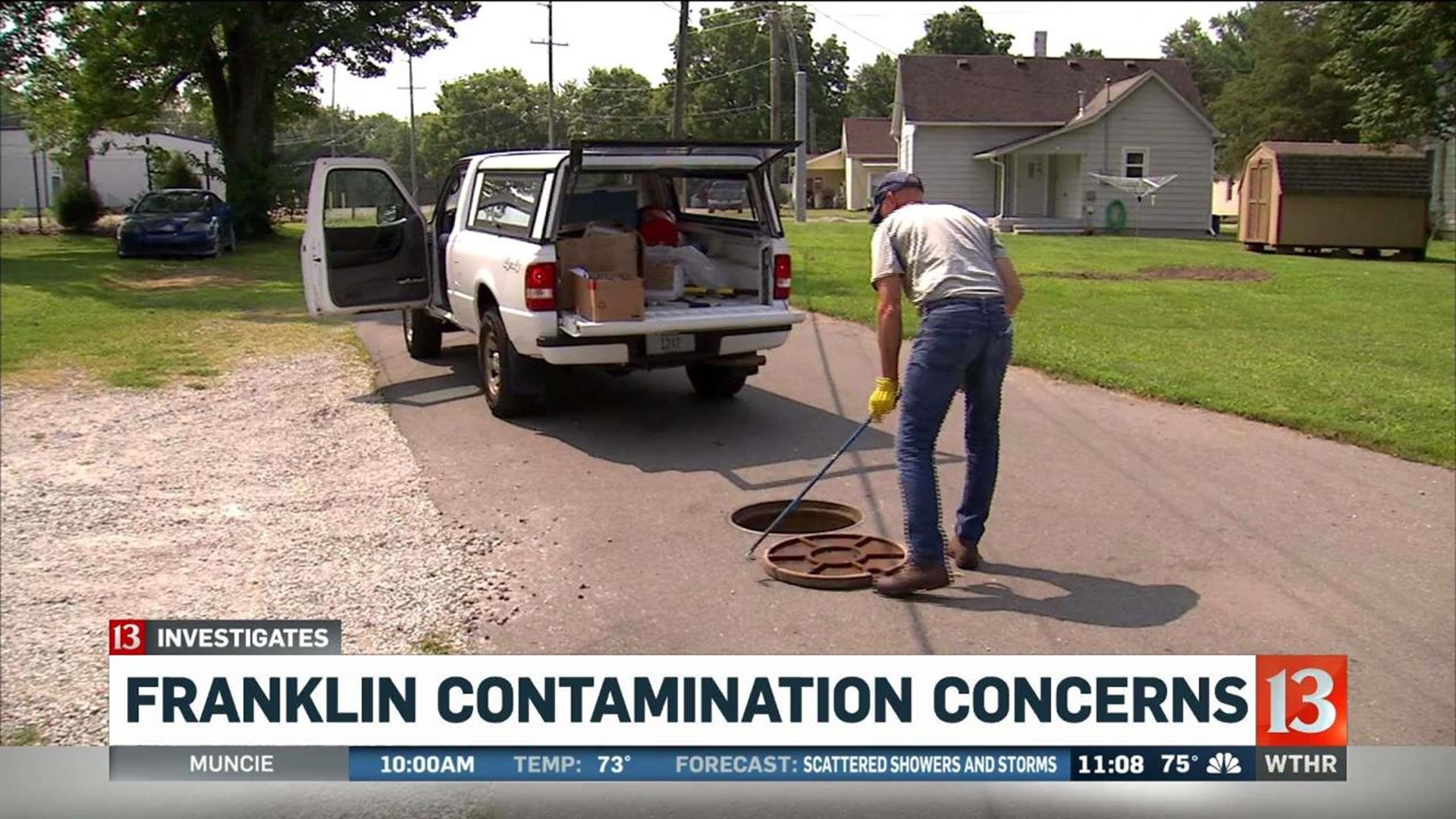 FRANKLIN, Ind. (WTHR) — The Indiana Department of Environmental Management confirms to 13 Investigates it has now opened a new contamination investigation into the old Franklin Power Products site at 400 Forsythe Street in Franklin.

This is in addition to the testing by the U.S. Environmental Protection Agency already set to take place at the old Amphenol/Franklin Power Products site just a block away on Hurricane Road.

13 Investigates first reported on concerns at the Forsythe Street plant in 2015, after documents surfaced about allegations of possible contamination.

In 2003, former workers reported hundreds of gallons of oil and degreasing chemicals spilled and were not cleaned up. IDEM inspectors toured the property at that time but did not take any samples and ruled there were no violations.

Just days ago, 13 Investigates captured video of IDEM inspectors at the site surveying the property and checking nearby sewers and monitoring wells.

The Forsythe street facility is just feet from the home of Darrell Cochran. Last month, a non-profit group based in New Jersey, Edison Wetlands Association, hired local firm Mundell and Associates to test 14 homes, including Cochran's.

The test results for chemical vapors in his living room showed extremely high concentrations of the carcinogen TCE. The results were three times more than what IDEM allows for indoor screening levels.

Days ago, IDEM went to Cochran's home to take more vapor samples. The state also launched it's investigation at the Forsythe Street plant.

"The IDEM State Cleanup Program has begun an investigation of the Franklin Power Products site at 400 Forsythe Street. If, in the course of its investigation, it finds evidence of a release of hazardous wastes, appropriate sampling will be required," said Ryan Clem, IDEM Communications Director.

The Amphenol/Franklin Power Products site on Hurricane Road is part of the federal Resource Conservation and Recovery Act known as RCRA and under the oversight of the EPA.

The Forsythe Street location, now under the oversight of the IDEM's Cleanup Program, has history with the agency's Office of Air Quality and Office of Water Quality sections.

A 2001 report shows the plant had violations for releasing more than the allotted amount of chemical wastewater from the facility into the sanitary sewers between 1998 and 2000.

In addition, the plant faced violations in 2005 for failing to adhere to the state's air pollution rules that required operating permits and preventative maintenance and compliance response plans.

The Edison Wetlands Association, which funded the first round of vapor testing in Franklin, says records also show gaps in the remediation efforts near both of the Franklin Power Plant sites. In 1992 and 1993 groundwater samples revealed a plume of contamination along Forsythe Street near Hurricane Creek. Four monitoring wells were installed on Forsythe, but Edison Wetlands says only one sampling event was conducted in 1996. Those samples reportedly showed high concentrations of TCE and PCE well above the off-site groundwater goals that had been set.

That same year, the EPA received a draft "Indoor Air Risk Evaluation" for the residences along Forsythe Street.

According to that report, recommendations were made for air monitoring around the nearby homes.

"The resulting data, or potential risk number, should be evaluated to determine whether additional risk evaluations are warranted. This may include active or passive air monitoring with the residences," read the report.

But according to Edison Wetlands, no assessments for vapor intrusion were performed after that draft report more than 20-years ago.