Earlier this year, 13 Investigates found scary conditions inside Grant County's largest homeless shelter. Now the Grant County Rescue Mission has a new scare: it is running out of money, prompting the charity to issue an urgent call for help. 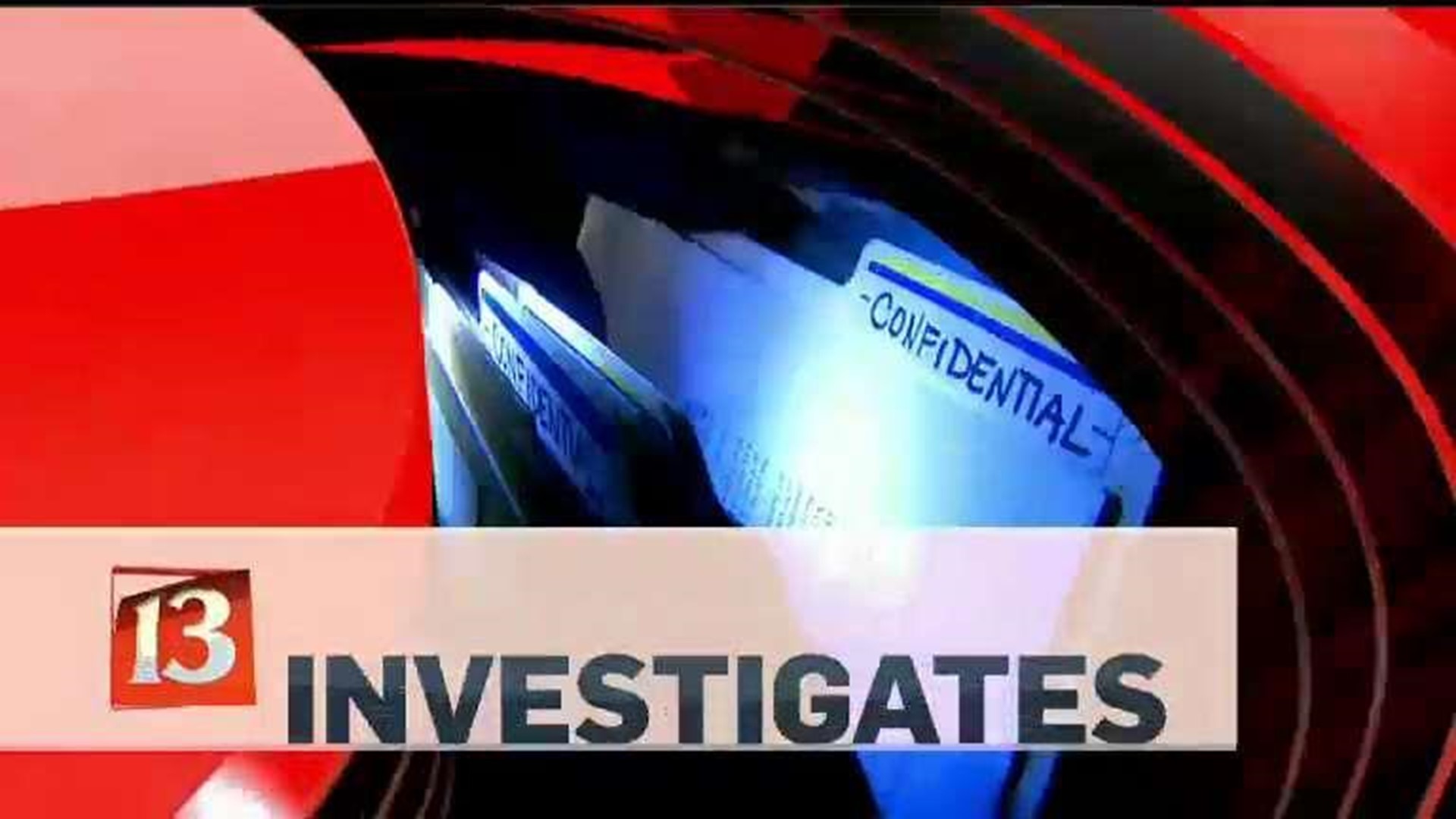 MARION, Ind. (WTHR) — There are many reasons for optimism at the Grant County Rescue Mission.

The change goes far beyond the newly painted walls, the shiny buffed floors, and the repaired sinks and toilets.

And they are passionate.

LeeAnna Smith, the charity's new volunteer coordinator, is introducing everyone she knows to the homeless shelter, and they are coming by the carload to cook food and to do chores throughout the building.

“It's really moving in the right direction”

Lori Geller – a real, certified accountant – is combing through spreadsheets to track every penny coming in and out of the organization. She could be making a lot more money working for a corporation, but now works for the charity instead because she "feels called by God" to do it.

And Ray Raines, the retired Rescue Mission executive from Muncie who agreed to come aboard for a month or two to help the Grant County Rescue Mission through a crisis, is still on the job -- working harder than ever to help raise a troubled agency from the ashes. In addition to finding a talented staff, he has also brought in six new board members, who can routniely be seen visiting the Rescue Mission and helping in its recovery.

"I think things are in place to really take off again," Raines told WTHR. "It's really moving in the right direction."

Despite all the progress, something is missing. Money. Donations are down – way down – from what the Rescue Mission is used to.

“We are making our expenses – but barely”

"We're running about $100,000 behind last year, so it's just kind of scary," Raines said, nodding his head. "We're just a little fearful as we come into January and February. Can we continue with the staff we have now?"

Financial records show the Rescue Mission has been operating at a loss for the past several months -- digging deep into savings to pay for costly repairs that had been neglected for years.

Currently, there is enough money in the charity's savings account to fund operations for another six weeks.

"We are making our expenses – but barely," said Geller.

For more than a decade, the charity had little financial expertise and even less transparency. Former GCRM director Tom Ballard and his family members operated the homeless shelter without clear policies and procedures for handling millions of dollars in donations and income.

Few people outside of the Ballard family knew where money was going. Monthly financial statements shared with board members were rarely, if ever, questioned by former board members. The board president told WTHR he had little interest in financial oversight.

The Rescue Mission's new full-time staff accountant says those days are over.

"It's new leadership. We're putting in place all the new accounting procedures that need to be here, all of the double checks that should be in place," Geller said. "We want the public to trust us.

To reassure the public, the Rescue Mission is making good on its promise to be more transparent. It provided WTHR with monthly financial statements (former GCRM leaders refused to do that despite repeated requests by 13 Investigates) and a full audit is expected to be released in the next few months.

Residents at the homeless shelter say they've noticed a huge difference in the way new management is operating the charity.

"Things are going in the right direction. They're caring for us a lot more now," said resident Wayne Hunt.

"The place has really turned around. It's something the community ought to be proud of," said Jack Bradford, a Marion resident who has volunteered at the charity for the past seven years. "But I'll tell you, we really need some help now. We need food for the residents. We need donations. Things are really down," he said, holding back tears.

“It's time for the community to take over again”

With community support still sluggish, time is ticking. Winter is just a few weeks away, which means more homeless families will need a place to stay, more meals will need to be served, and more expensive utility bills will need to be paid.

It's why leaders at the Rescue Mission hope donations will pick up soon.

"The homeless situation did not change here in Grant County. These people still need a place to be cared for and loved and their needs met," Geller said.

"Scriptures tell us we are to forgive. That's supposed to be a part of our nature, and I think the mission deserves that. I think we've earned it. We've worked hard to do that, and I think it will come," Raines said, turning to look straight into the lens of WTHR's TV camera. "Grant County, this is YOUR mission. It's time for the community to take over again and to show its generosity and support."

The Grant County Rescue Mission is now inviting the public to tour the facility and to see its changes firsthand. If you would like to visit, donate money or donate your time to the homeless shelter, you can contact the charity here: