INDIANAPOLIS — Wednesday afternoon, top state officials declined to say what steps, if any, they plan to take to address a growing, chronic problem that’s left thousands of Indiana families pleading for help.

Two days after a 13News investigation revealed a growing backlog of unemployment claims in Indiana – and a call center hotline that can’t offer laid-off Hoosiers much help – 13News asked Indiana Gov. Eric Holcomb to respond to the investigation and to explain how his administration would tackle the backlog. Appearing at his weekly virtual press conference from his home, where the governor has been in quarantine after some of his security staff tested positive for COVID-19, Holcomb appeared to expect the questions but chose not to answer them. He instead referred WTHR’s questions to Indiana Department of Workforce Development Commissioner Fred Payne, who attended the press conference from another remote location.

Payne did not directly answer any of 13News’ questions:

The commissioner did, however, provide some general information about the unemployment system. He also attempted to offer justifications for the growing number of pending unemployment claims.

DWD has significantly increased staff across its unemployment insurance program. The commissioner offered no details about the increase. He also did not clarify how many of the added staff are call center workers hired to answer questions and how many are claims investigators who can actually resolve backlogged claims.

The roughly 300 call center workers hired through a contract with Navient “have provided significant help to hundreds of thousands of Hoosiers.” He did elaborate. Several of those contracted workers told 13News they are unable to help callers resolve their most pressing unemployment problems because DWD has given Navient workers no authority to resolve even simple issues that result in long delays and backlogged claims.

Call center workers hired to assist DWD are not engaged in claims investigator work, which requires more training. “That’s not what they were hired to do,” Payne said. A whistleblower who works for Navient on the DWD contract said that is problematic and the very reason some of the contractors have decided to speak out. They said many backlogged claims could be resolved without a claims investigator if contractors were permitted to fix simple problems while talking with claimants. Currently, DWD does not authorize them to do that. Most pending claims must be reviewed by a DWD claims investigator, and those reviews can take 8-12 weeks or more. Call center contracted workers do not have the ability to forward calls to a claims investigator.

DWD does have the ability to adjust staffing to “meet the demands and to meet the needs” of the state’s unemployment system, and that has taken place. Payne did not give any specifics to explain what adjustments have been made.

The commissioner promised “Every eligible Hoosier who files for unemployment insurance benefits will be paid their benefits. We have not wavered on that.” Over the past eight months, hundreds of Hoosiers who contacted 13News have disputed that statement, including a local hair dresser who was denied the pandemic unemployment assistance (PUA) she was entitled to receive. The self-employed beautician waited more than six months for her benefits before a DWD investigator informed her those benefits were suspended because she answered one question incorrectly on her application. The case was closed – and the benefits unpaid – until 13News asked DWD to further investigate and explain the denial. Within hours of WTHR reporting on the issue, DWD reversed course and paid the benefits it had previously denied.

905,000 Hoosiers have requested unemployment benefits, and more than 736,000 of those claimants have been paid to tune of $6 billion.

DWD’s backlog is largely caused by a “massive amount of fraud” plaguing the state’s unemployment system, and that has required the state to implement fraud prevention precautions that delay some payments. “If we ended up having a system that paid quickly and we didn’t require individuals to jump through a few steps, then fraud would overtake the system … Does that slow down the payment process? Absolutely,” Payne said. The precautions do not explain why thousands of claimants with routine issues must wait four months or more to receive their benefits, and why many more are denied in the process.

Roughly 80% of claims filed with Indiana DWD are paid within 21 days. Payne adamantly denied that the number of claims paid after 21 days is “in the millions.” It is not clear what report the DWD commissioner was referring to with his “in the millions” reference. This week, 13News reported “the Department of Workforce Development had more than 1.2 million pending unemployment claims at the end of October” – a significant increase from the roughly 708,000 backlogged claims the state agency reported two months earlier. The statistics come directly from internal data DWD provided to 13News, and WTHR was careful to remove any pending claims that did not fall outside the state’s 21-day target.

Again, neither the DWD commissioner nor the governor provided details on what the state will do to decrease its growing backlog of pending unemployment cases. DWD’s backlog and long wait time to approve thousands of pending claims have resulted in Hoosiers facing bankruptcy, eviction and health problems due to a lack of food and medical care.

13News has asked DWD officials to meet -- in person or by teleconference -- to discuss delays in the state’s unemployment system on nine separate occasions over the past three months. An agency spokesman has chosen not to respond to any of those requests. Wednesday’s news conference was the first time an agency spokesman has spoken publicly about 13News’ ongoing investigation into the state’s unemployment backlog. 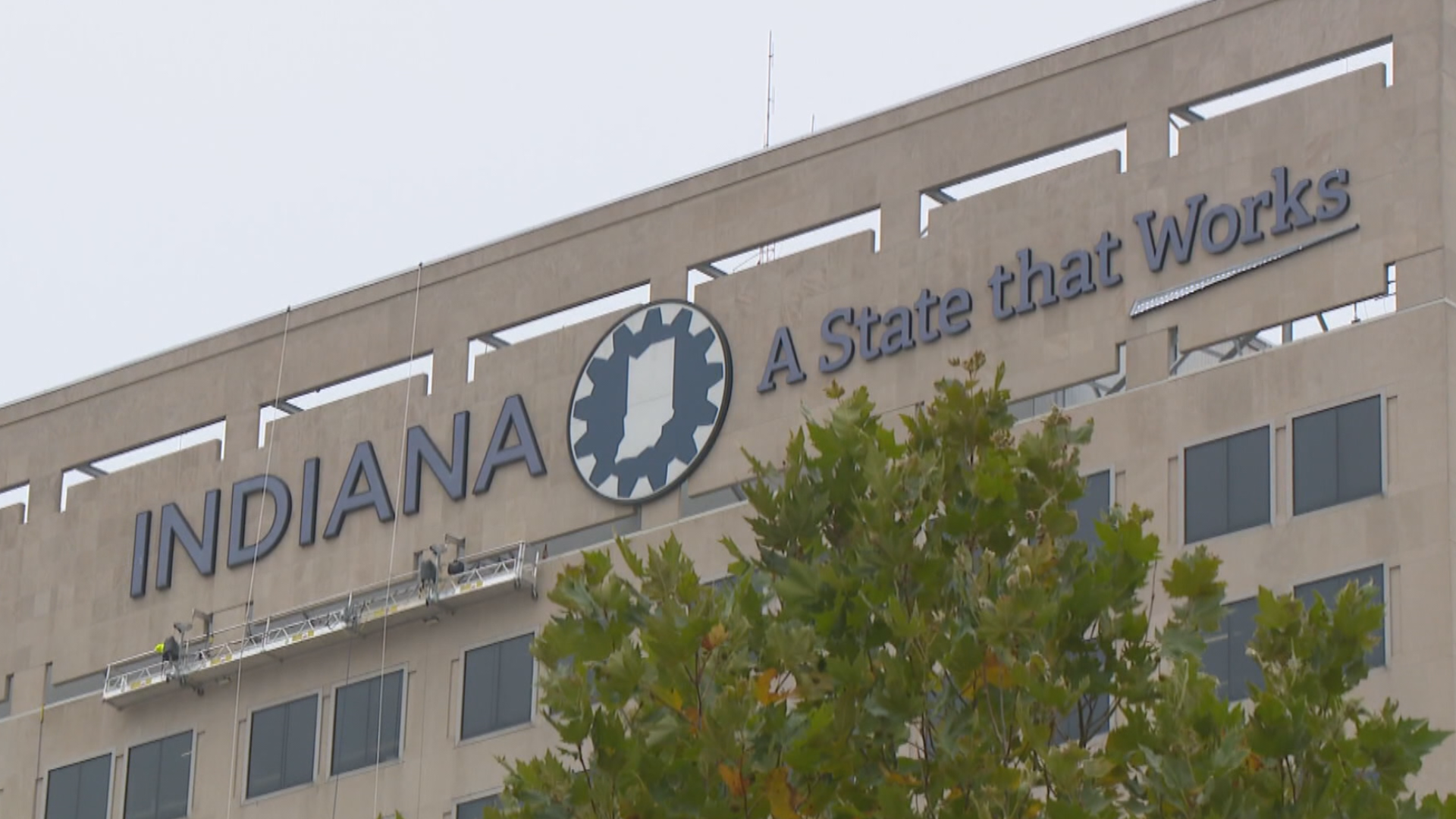 You can see WTHR’s latest investigation, including an extended interview with a DWD whistleblower, here.

WTHR is continuing to speak with claimants about their delayed claims and with whistleblowers about issues impacting the state’s ability to pay unemployment insurance benefits in a timely manner. If you would like to share information with 13 Investigates, please send an email to 13News senior investigative reporter Bob Segall at bob.segall@wthr.com.