Franklin homeowners say they were left in the dark by the EPA and other government agencies set up to protect them. 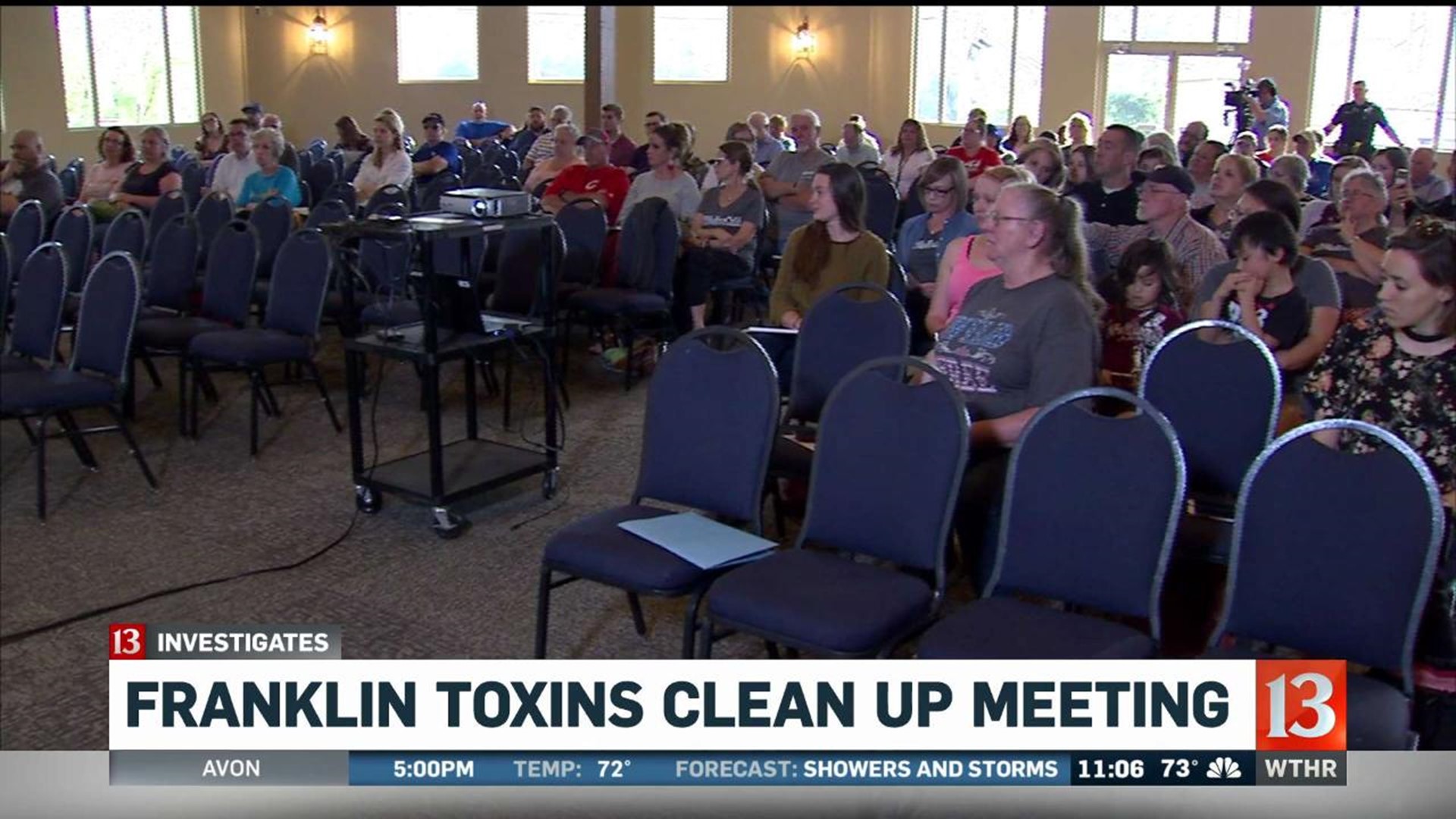 FRANKLIN, Ind. (WTHR) - Franklin homeowners say they were left in the dark by the EPA and other government agencies set up to protect them.

Dozens took up an offer to meet with a team from the Office of the Inspector General to talk about the lack of warnings over toxins in their neighborhood.

One by one, Franklin homeowners shared personal stories of living near the contaminated Amphenol site not knowing their families could be at risk.

Most say they never heard of the cancer-causing chemical TCE until 2015. That's when Stacie Davidson and Keri Rhinehart turned to 13 Investigates to try to find out why so many children in Johnson County were getting sick. Our reports revealed half of the children diagnosed with cancer lived or had close ties to Franklin.

"This issue took off because of an investigation by a local reporter and a New Jersey non-profit. Where were our agencies at this time?," questioned Davidson.

Last summer, the Edison Wetlands Association conducted the first round of residential vapor testing in Franklin.

High levels of toxins forced both state regulators and the EPA into action. But within weeks of testing, residents were told there was nothing to worry about.

"To say that with no scientific basis even when the groundwater plume was never delineated was misleading and reckless," added Davidson.

Months later, the EPA confirmed a plume of TCE and PCE had migrated off-site. At least 30 homes on Forsythe Street and the Ross Court neighborhood were in the path.

Steve Records has lived on Forsythe Street for 30 years and says all he ever got was random notices about monitoring.

Jill Trynosky, the project manager for the Franklin audit says the night confirmed complaints the office had already heard.

"It came to light because of the attention it received in the news and because of some of the request for the OIG to come to the site," explained Trynosky.

The Office of the Inspector General will taken written comments until May 22. All of the comments will be compiled and final report will be available by December.

You can contact the EPA Office of the Inspector General by emailing the OIG Risk Communication Team at OIG_riskcommunicationteam@epa.gov or calling the OIG Hotline at 888-546-8740. The hotline can also be reached by email at OIG_Hotline@epa.gov.