For the first time, one of the Franklin homeowners tested for dangerous vapors is speaking out exclusively to 13 Investigates. 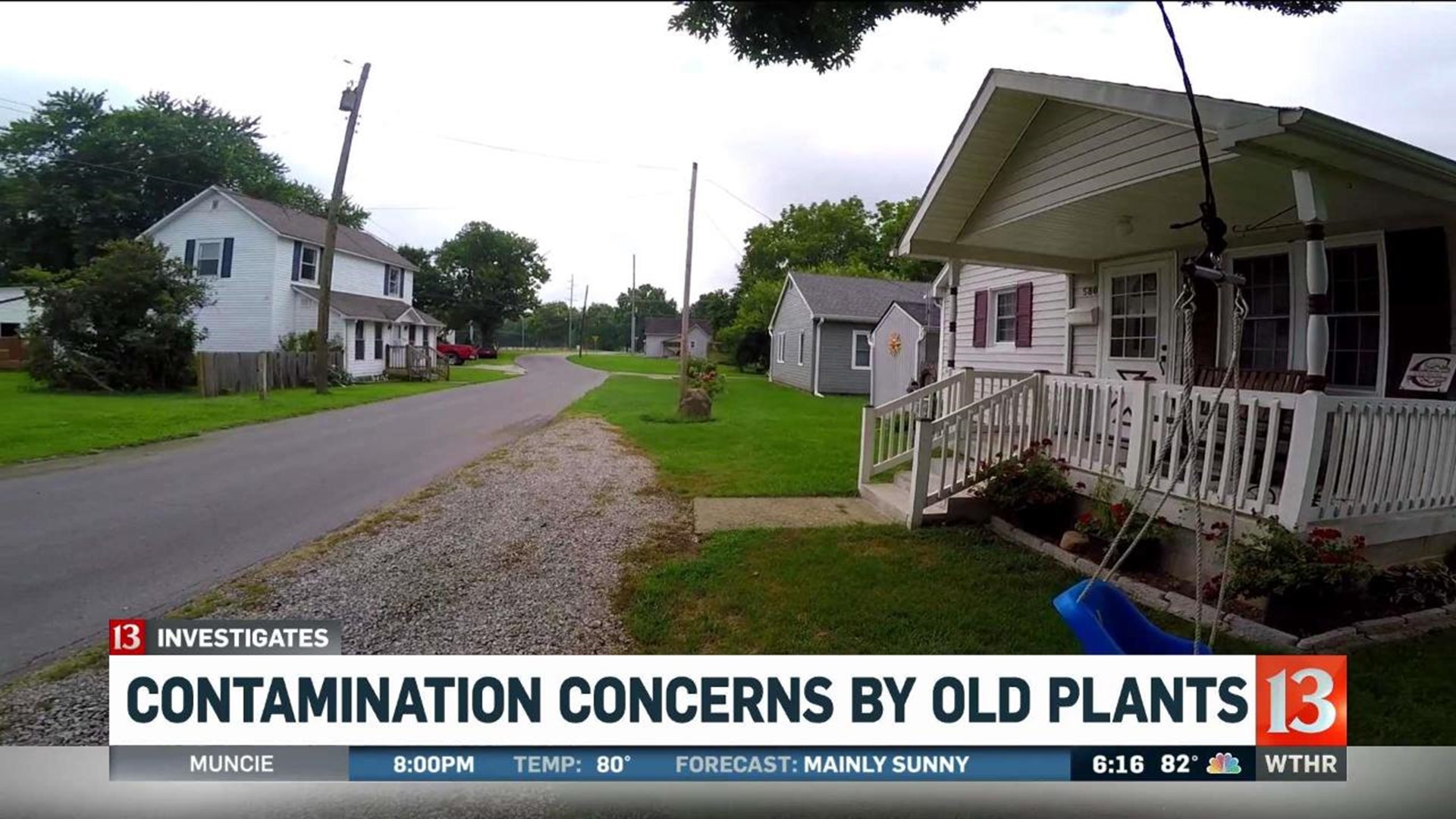 FRANKLIN, Ind. (WTHR) – For the first time, one of the Franklin homeowners tested for dangerous vapors is speaking out exclusively to 13 Investigates.

The troubling results came to light three weeks ago. Now there's new information about the area where some of the highest levels of reported vapor intrusion were discovered.

Darrell Cochran has lived on Ott Street in Franklin for nearly 50 years.

Around town he's known as a former special deputy, an industrial worker, a cancer survivor and a great grandpa.

Now he's revealing something else.

13 Investigates has learned Cochran is also homeowner #6 listed in recent test result data released by the Edison Wetlands Association, of New Jersey. Edison Wetlands agreed to keep the names of test participants and their locations confidential. Cochran decided to share his information.

"I wasn't really worried about the severity of it at the time until I got to looking at the numbers that suggested safe levels as compared to what we had," he confided to 13 Investigates.

Cochran's home is one of three where high levels of toxic vapors were detected including TCE, a known carcinogen.

"The Trichlorethylene was 7-point 792. (7.92 μg/m3)," Cochran said, reading from the official result sent to him by Edison Wetlands.

Worse yet, the results aren't for the crawl space but the family living room.

"I understand why some of these mothers and fathers want this stuff tested," said Cochran. "Our great grandchild is here now. It can be alarming if you think there's an issue," he said sitting on his porch as his 6-year-old great grandson looked on.

According to Edison Wetlands, the three homes with the highest detections are downstream from the Amphenol/Franklin Power site on Hurricane Road.

Cochran's home also sits a block behind another Franklin Power Products site on Forsythe Street where he says the company rebuilt engines and used degreasers as part of its process.

"Nothing was ever said about contamination. Ever. I don't know what they did with their waste," he explained.

In 2015, 13 Investigates discovered reports about chemicals spewing into Hurricane Creek from the former Franklin Power Products sites contaminating the ground water and soil. It came to light as part of an investigation into high childhood cancer rates in Johnson County. Nearly half of the children diagnosed lived in Franklin.

Cochran says he's speaking out now for more widespread testing and systems to remediate the problems.

"I would like to be tested again," said Cochran.

"Do you think the State of Indiana should be doing some of this?" asked 13 Investigates Reporter, Sandra Chapman.

"That's why they have a budget," Donnelly said Wednesday afternoon from his Washington office. "It's to do these things. And if it cost more than that, the lives of our children are the most important things we have," he told 13 Investigates.

Back in Franklin, Cochran echoed his own sentiments for the safety of the next generation.

"It's nothing to be taken lightly," he added.

Edison Wetlands plans to retest the Cochran's home and two others that had vapor intrusion levels exceeding safe screening levels.

Cochran himself was diagnosed and successfully treated for Colon cancer in 2012. He believes his family history has more to do with his cancer than possible exposure to chemical vapors. Both his father and brother died of cancer.

As for the call for more testing, IDEM has not committed to testing in Franklin.

Residents hope the State agency will be more forthcoming at a community forum Friday night at the high school.