Parents and homeowners in Franklin believe it's time the companies that contaminated their community pay for their actions. 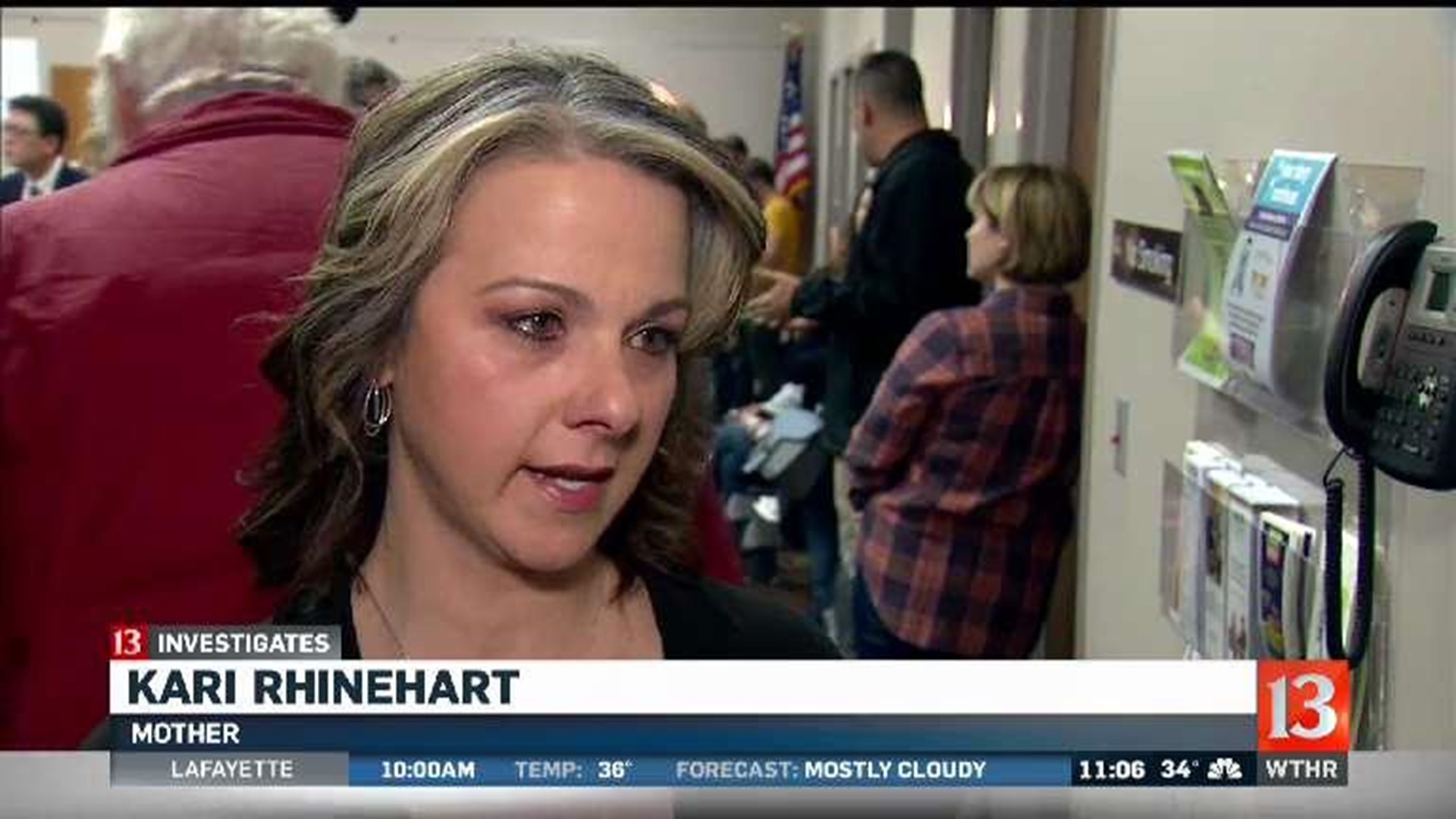 FRANKLIN, Ind. (WTHR) - Parents and homeowners in Franklin believe it's time the companies that contaminated their community pay for their actions.

13 Investigates shows why families claim dangerous chemicals released into the sewers harmed their homes and children.

Testing for toxins, cleaning up the contamination, and now a legal twist.

Homeowners and parents filed suit against Amphenol and other corporations including: Borg Warner, Franklin Power Products and 400 Forsythe LLC for the wrongful disposal of dangerous chemicals and for the wrongful death of Emma Grace Finley.

Emma Grace died in December 2014 from glioblastoma, a rare brain disorder. She was just 13. Her mother Kari Rhinehart, co-founder of the group "If It Was Your Child," believes the sewer backups exposed her daughter and dozens of other sick children diagnosed with cancer to dangerous chemicals.

"This was never the goal. This was never the end game," said Rhinehart, speaking of the legal action. She said part of the reason she decided to file a lawsuit was because of a connection she made last summer. Testing revealed high levels of toxins in the sewer system. The same sewer system that had flooded in her home back in 2008.

"None of this makes Emma come back," Rhinehart told 13 Investigates, welling up with tears. "But the responsible parties need to be honest about the fact that they've exposed our kids to carcinogens."

Frances and Mike Denny live on Forsythe Street in the path of the cancer-causing chemicals. Vapor intrusion testing revealed high levels of chemicals near their basement wall. In April, a sewer line collapsed, causing their basement to flood.

The Dennys and Arthur Terhune are part of a proposed class action to help recover financial losses.

"It just concerned me with the chemicals in the ground and in the air," added Terhune, a homeowner who lives in the Ross Court neighborhood.

Representatives from the companies were not on hand for comment at an EPA open house held Tuesday evening in Franklin.

The lawsuits come as the EPA works to find a way to attack toxins too deep to dig up. The agency has decided to inject a solution ten feet into the ground in hopes of destroying the chemicals TCE and PCE.

"If we don't see the levels dropping to below risk-based health levels that are acceptable, (Amphenol) will have to do additional work," said Joe Cisneros, EPA Section Chief from Region 5 in Chicago.

At the same time, the Indiana Department of Environmental Management is vowing to dig up a pool of contamination near the old Houghland Tomato Cannery site. IDEM officials insist residents are not at risk, despite high levels of contamination descovered in the farm field. According to IDEM, the contamination does not intersect with the crop or the areas in which it grows.

While the EPA and Amphenol are reporting progress, there's still lots of work to do. It will be six months before environmentalists can determine if the bio-remediation efforts are working.