Richard Frank, a former design engineer at the Richard L. Roudebush VA Medical Center, expressed his concerns for safety due to unfinished repairs on the building. 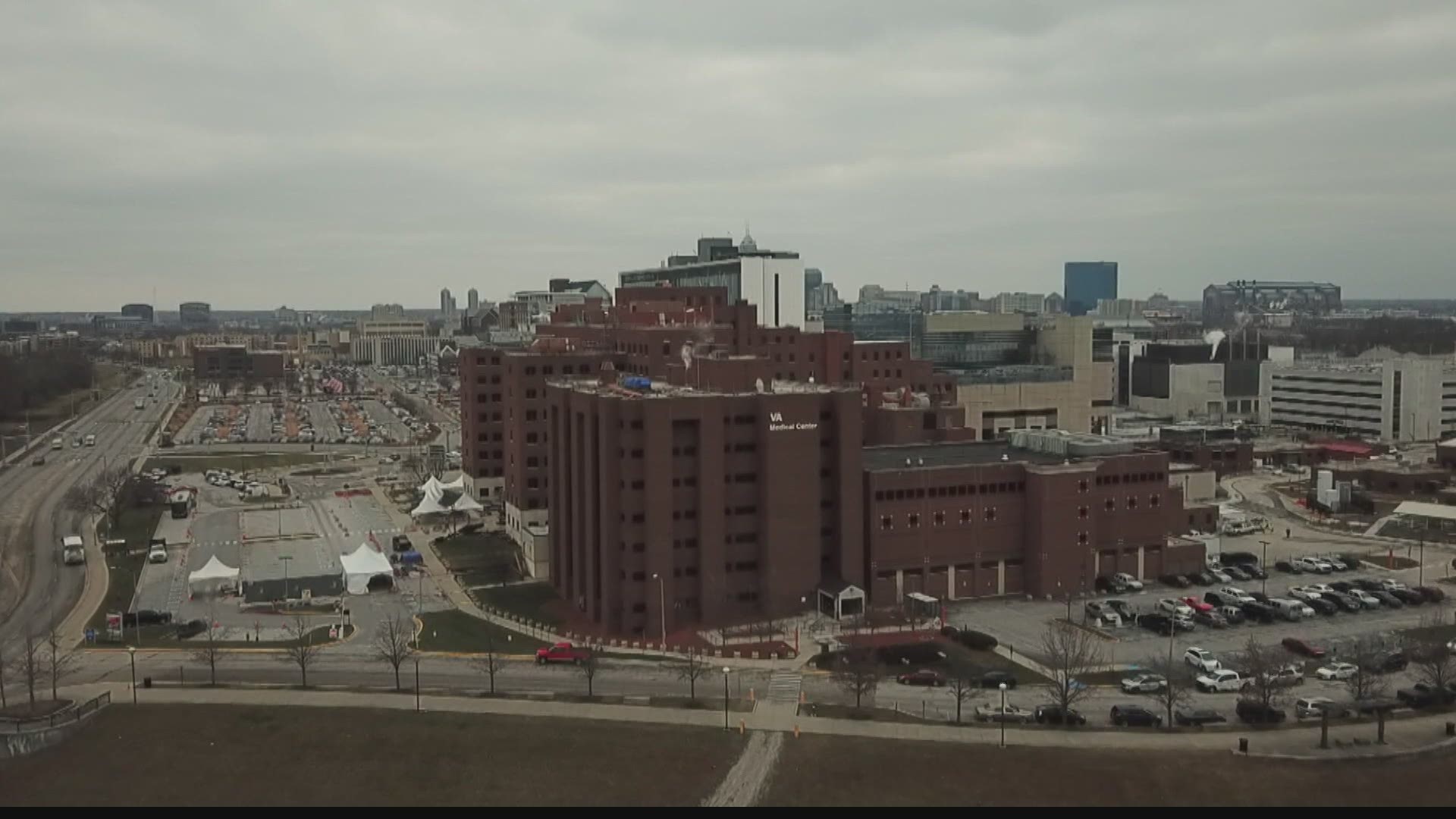 INDIANAPOLIS — It's been a part of the downtown landscape since the Korean War. But now a whistleblower is raising questions about the safety of Indiana's largest VA hospital.

The former insider told 13 Investigates that millions of dollars of repairs are left undone.

A recent explosion at another VA facility is fueling talk about the future of similar older structures, including the Richard L. Roudebush VA Medical Center in Indianapolis.

A new veteran's clinic is under construction in Terre Haute to provide health care to thousands of service men and women living in  western Indiana.

"This $40 million dollar investment is one of the most significant investments in more than 25 years," said Laura Rusik, the director at Roudebush, during a construction celebration held in the fall of 2020.

Closer to Indianapolis, a second new VA medical facility is also taking shape in Brownsburg, and two new regional clinics are set to open in the fall of 2021.

At the same time, a whistleblower told 13 Investigates Indiana's oldest and largest VA hospital is breaking down right before the eyes of administrators.

"This hospital's going to be shut down because veterans can't go to it because it's just not safe," said Andrew Frank, a former design engineer at the VA.

According to Frank, the hospital has had flooded operating rooms due to broken water lines and sterilization rooms contaminated by sewage raining down into the area.

Frank went to work at Roudebush in 2019 after serving as a former project manager at the Army Corp of Engineers. Right away, he said administrators paid contractors $25,000 for a facility analysis, which was supposed to help convince the Department of Veterans Affairs in Washington to provide more dollars for maintenance.

Instead of seeking help to make the repairs, the list of backlogged breakdowns were shelved.

RELATED: Whistleblower files complaints against state's largest VA hospital over use of 'non-medical' masks in ER

The issue is now coming to light following a deadly tragedy last November at another VA facility more than 800 miles away.

A steam line pressure explosion at the VA in West Haven, Connecticut, killed two employees, one of whom was a Navy veteran. He and another employee were replacing a leaky steam pipe.

Right away, the VA and federal lawmakers raised questions about the dangerous infrastructure at old VA facilities.

"Many of our VA facilities are aging and antiquated," said Senator Richard Blumenthal, D-CT. "It's a clear alarm bell, a wake-up call that we need to do better for our veterans facilities across the country," he said.

Frank has feared that something could happen at the 70-year-old Roudebush facility on West 10th Street. He talked about emails pointing to the potential risk of disaster looming in Indianapolis.

In an email, Richard Griffith, the chief strategy officer, responded, "Thank you, Andy. This is critically important, and disappointing on several levels..."

According to Frank, that $52 million equates to nearly two dozen maintenance projects that have gone unfixed.

He told 13 Investigates before he could do anything about it, he was out of a job.

Frank was fired over complaints of harassment and professional misconduct. — allegations he has vehemently denied.

"Making up lies saying I put my hand in their face and was disrespectful, no," he said.

Since his termination, he has filed counter complaints with VA Human Resources and the VA Office of the Inspector General.

"I could have gone silent, but this has got to stop some time," he explained. "This is wrong."

According to Frank, some of the projects were approved by the VA in Washington and had been funded.

In federal 2019 VA financial reports, 13 Investigates found VA headquarters struggling to keep up with projects because the reporting system is unreliable, and by the time they figure it out, there's already been waste or abuse in the system.

At Roudebush, there was clear concern about the lack of progress.

In a separate email, Peter Scovill, another manager, wrote, "So.. now we are really going backward...We knew we/Engineering were way behind."

"At one time, they said, 'We don't want you to put in any more projects because you're not doing the ones that we've approved for you," Frank recalled.

So what do administrators at the Roudebush VA have to say about all of this now?

13 Investigates caught up with Richard Griffith, the chief strategy officer, to ask about the $52 million repair backlog.

"I would say that when you operate in a facility as old as ours, there's always going to be a list of projects that need to be worked on," Griffith said. "I can't really comment on a backlog at this point."

Griffith confirmed the issues in the operating and sterilization rooms and said they both were promptly fixed and that no patients were impacted by the incidents.

He also told 13 Investigates leaking ceilings are a major focus, and a new analysis is underway.

"The VA has begun the process of beginning to look at what a major renovation at Roudebush might look like or maybe even the possibility of a new hospital," Griffith added.

For Frank, the action is overdue.

"Care for the veterans is a stake, employees, the hospital is at stake, and then taxpayer money is at stake," Frank said.

He hopes the potential cost of saving lives will take precedence in getting the jobs done.

According to Griffith, the VA has taken decisive action to improve its infrastructure, including increasing the number of staff engineers, devising a facility master plan that includes $27 million in improvement projects. The facility analysis is scheduled to be complete in late March.