One cleanup effort is drawing to a close in Franklin while a second site is now drawing new concerns. 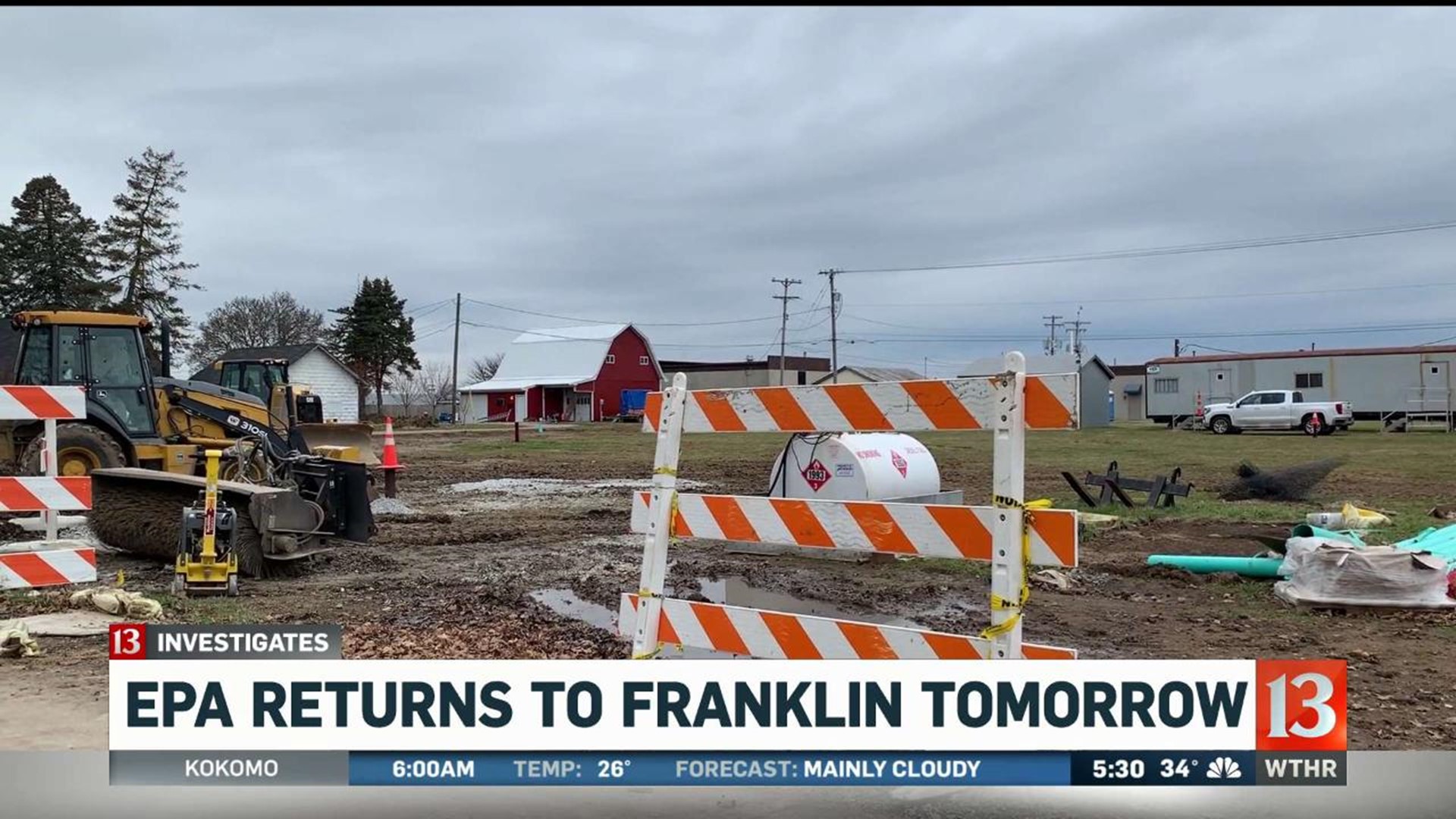 FRANKLIN, Ind. (WTHR) – One cleanup effort is drawing to a close in Franklin while a second site is now drawing new concerns.

For over a year, the EPA has kept a close watch on migrating toxins flowing from the old Amphenol site into a nearby neighborhood.

Now residents want to know what's happening with another site that 13 Investigates first told you about a couple of miles away.

The cleanup along Forsythe Street and the Ross Court neighborhood was scheduled for completion at the end of November.

Some of the sewer replacement is done. But there is an ongoing pilot study to see if a groundwater treatment will wipe out the cancer causing toxins that prompted the initial concern.

The EPA will provide updates on its pilot study and the status of its sewer and soil remediation on Tuesday.

The federal agency has been working to clean up the Glendale/Ross Court neighborhood after testing revealed high levels of TCE and PCE migrating off the old Amphenol site.

Advocates also want to know what's going on at the Reed Manufacturing and Houghland Tomato Cannery site about a mile away. That site is under the authority of IDEM, the Indiana Department of Environmental Management.

IDEM has known since 2015 that high levels of TCE and PCE were present in a farm field between the properties near the old Webb Wellfield.

Samples from the area in question were also removed back in February of this year.

13 Investigates' cameras were there when 55-gallon barrels of dirt were removed to install new groundwater monitoring wells.

The most recent test results show toxic levels exceeded both vapor intrusion and groundwater screening levels in different areas. But so far, IDEM has not indicated the toxins pose a danger to residents.

Representatives from IDEM will attend the EPA open house Tuesday to answer questions about the Reed Manufacturing/Houghland site.

The open house starts at 5 p.m. in the community room of the Johnson County Library in Franklin.