The Indiana Department of Environmental Management confirms the discovery of toxic contamination in the soil and groundwater at the Former Franklin Power Products site on Forsythe Street. 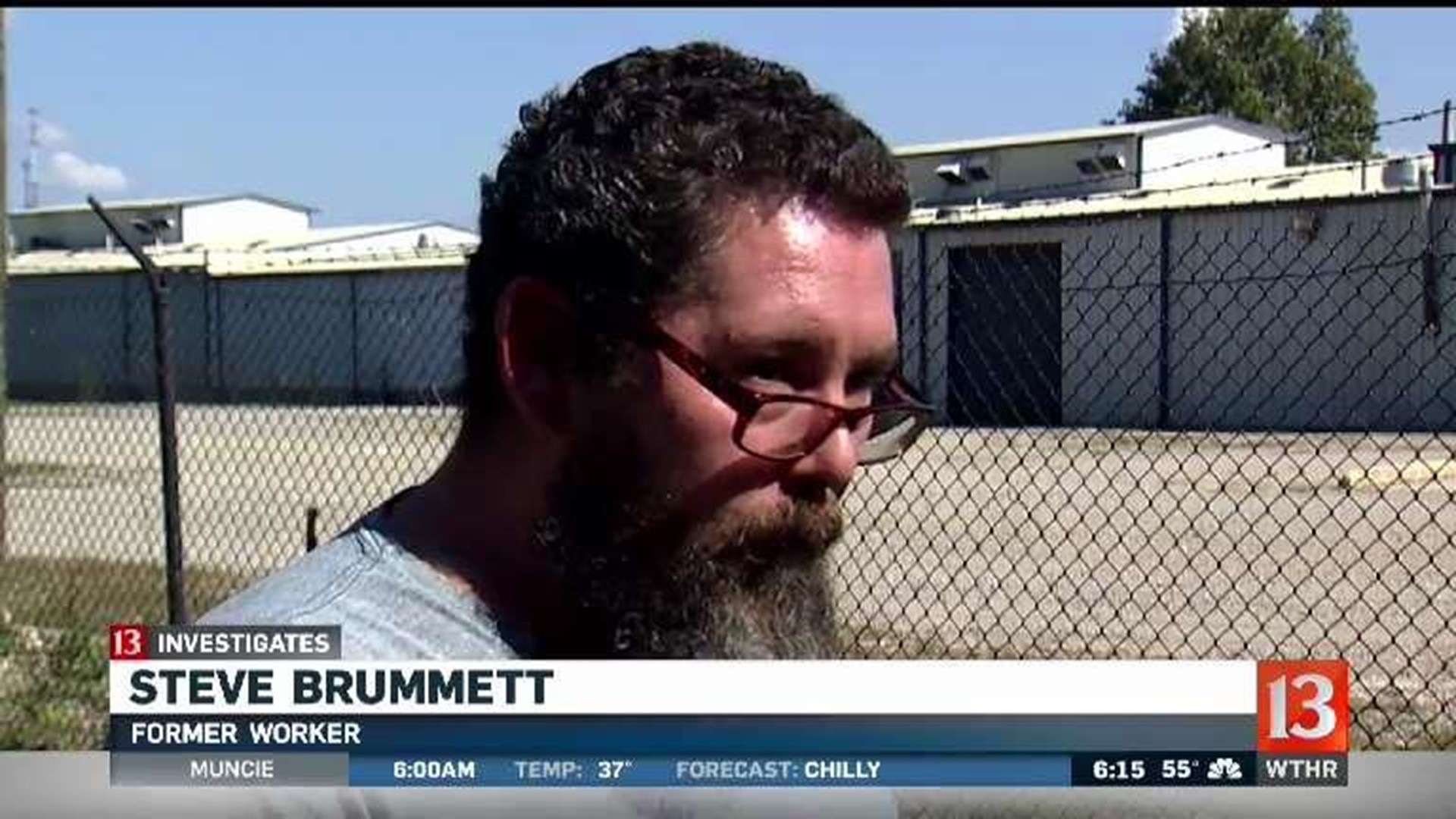 FRANKLIN, Ind. (WTHR) The Indiana Department of Environmental Management confirms the discovery of toxic contamination in the soil and groundwater at the Former Franklin Power Products site on Forsythe Street.

13 Investigates discovered new enforcement letters sent to two companies that previously operated at the same site putting the companies on notice of liability for PCE and TCE contamination. The notices also requests additional information about spills and other prior releases.
It comes as a former worker of Franklin Power Products breaks his silence about a disturbing pattern of toxins spilling into the ground daily.

"Most of the incidents that I saw, I remember them like they were yesterday," said Steve Brummett as he walked around the perimeter of the old Franklin Power Products site on Forsythe Street. Brummett worked in "tear down" for 14-years taking a part old diesel engines for re-manufacturing.

"That's where all the dirty things happened," he told 13 Investigates. Brummett said what he saw then haunts him now.

"What led me to come forward was hearing about the children suffering and knowing full well what happened," he explained, referring to the dozens of children diagnosed with cancer in Franklin.

13 Investigates first discovered that over half of the children diagnosed with pediatric cancer in Johnson County lived or spent significant time in Franklin near contaminated sites like Franklin Power Products.

Officials have not made any scientific links between pediatric cancer and the contamination, but Brummett and families of the sick children believe the numbers are no coincidence.
Brummett says between 1989 and 2004, he witnessed chemicals drained into a large hole in the floor where a hose was supposed to skim off the oil.

"I knew this was going to lead to no good," he said. "It (the hose) was only 3 quarters of an inch in diameter and when you've got thousands of gallons going down those drains, there's no way it caught all of it," said Brummett describing the oil skimming process.

Outside the plant, he recalled more chemicals from degreasers spilling over from barrels.

"They drained it into 55-gallon barrels without lids and set those outside. Rain falls, (the) barrel overflows (and) chemicals mixed together goes on the ground," he added.

In a 2003 complaint uncovered by 13 Investigates, another worker reported "Franklin Power Products allowed 400-500 gallons of used oil to spill on the ground." The worker told the Johnson County Health Department the spill happened 6-months prior. The Johnson County Health Department alerted IDEM and informed the agency that the worker had recently been laid off from the plant. An IDEM investigator visited the site and after touring the facility for 20-minutes determined there was no violation. Paperwork also stated "There have been no previous inspections conducted at this facility."

IDEM did not perform any testing despite concerns the chemicals might have flowed into the sanitary sewer system.

Just weeks ago, 13 Investigates revealed testing of the sewers behind the plant revealed detections of PCE.

The City of Franklin says those same sewers are now compromised and defective and are getting new liners.

Just as Brummett talked about what he saw, 13 Investigates uncovered enforcement letters written just this year to past site operators like Borg Warner and 400 Forsythe LLC.

The letters order the companies to provide data about their products containing TCE and PCE. IDEM says it has "reason to believe" past owners "contributed to the contamination of the site" writing in part: there's been "a release or a threat of release of hazardous substances."

It's not a surprise to Brummett, who said he tried to make managers aware of the potential danger.

"I was the guy back then that would run in and tell the foreman 'This is wrong. You can't do this!'"

Brummett said he was told that if he didn't like his job, the company could find someone else to do it.

He says he's not making excuses for himself, but decided now was the time to speak out publicly about the toxic secrets of the past. More than anything, he wants the EPA to step in and take over the handling of 400 Forsythe Street too. Right now the EPA is in charge of the former Amphenol/Franklin Power Products site at 900 Hurricane Road.

"They need to dig a 15-foot hole. They need to core through that concrete slab and take samples of the dirt underneath it," he said

IDEM said its Cleanup Program sent the notices to the potentially responsible parties on August 21, 2018. The agency is trying to identify the source of soil and groundwater contamination.

In a previous statement the agency told 13 Investigates, "If, in the course of its investigation, it finds evidence of a release or hazardous wastes, appropriate sampling will be required."

Under law, the responsible parties would be required to carry out a site investigation and pay for testing and clean up of the site.

On August 3, 2018, the Franklin Mayor announced that there was no problem at 400 Forsythe Street. IDEM said that pertained to indoor air and ambient outdoor samples conducted near the facility.

A community forum was held Thursday night in Johnson County aimed at providing families with more information about the environmental testing underway in Franklin.