EPA vows to do better in Franklin

The EPA had a clear response Wednesday night for Franklin residents grappling with toxic contamination. 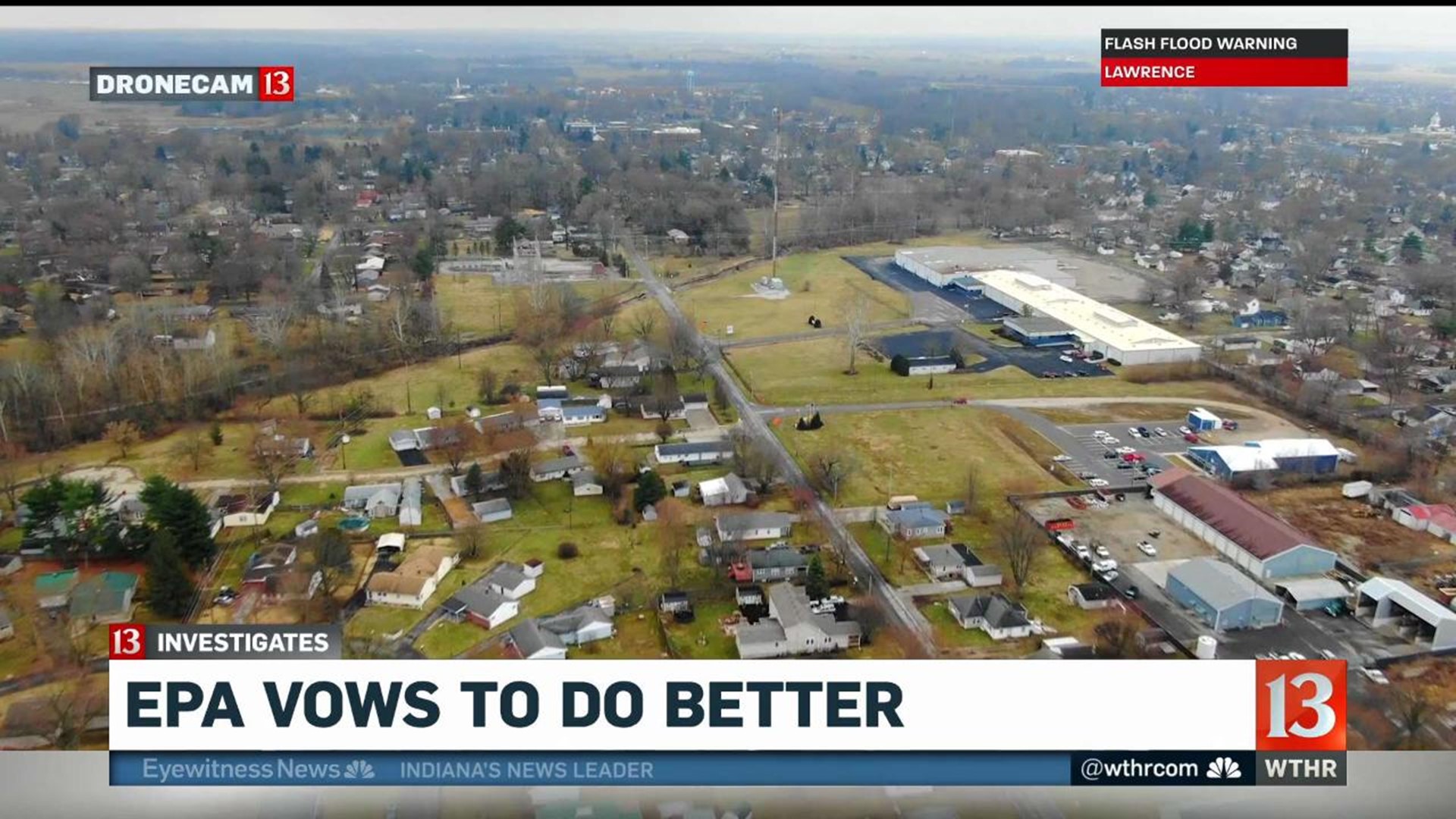 "I sympathize. It's our responsibility as a government agency to do a better job of coordinating," said Cathy Stepp, EPA Region 5 administrator.

It was an apology of sorts delivered to dozens of Franklin residents who gathered at The Historic Artcraft Theatre in Franklin for an information session regarding the cleanup a toxic plume and its impact on the community and possibly the health of sick children there.

The meeting was the federal agency's first response since a team from the Inspector General's office came to town to audit the handling of crisis communication regarding the cleanup.

"We are on it!," reiterated Stepp.

The EPA has identified 42 homes in the plume of TCE and PCE. Six homes had vapor intrusion over safe levels. All but one of the impacted homeowners agreed to have vapor intrusion systems installed.

"It really concerns us, because living in that area and not knowing everything that was going on," explained Mike Burdine who lives along the plume of contamination.

Burdine and his wife Barbie have owned their home on Forsyth Street for two decades. The couple refused a system installation due to lingering questions.

"It's something we want to get taken care of because it's in our future and our health depends on it," Burdine told 13 Investigates.

Specific health impacts caused by possible exposures in Franklin are still unknown. The Agency for Toxic Substances and Disease Registry is doing a health assessment.

Johnson County has had a high pediatric cancer rate. In 2015, 13 Investigates discovered half the children diagnosed in the entire county lived or had close ties to Franklin. Now two federal agencies are investigating the environment and public health effects.

"To have those two components come together like we've always wanted them to happen is fantastic," said Kari Rhinehart, who along with Stacie Davidson co-founded the group "If It Was Your Child."

"Closing that gap is going to be nothing but helpful to the community," added Davidson.

The EPA plans to start replacing sewers in August with a projected completion by December. But there's no firm timeline for the health assessment. The Agency for Toxic Substances and Disease Registry says that investigation is near the halfway point and will include cancer information.

The EPA is also appointing a supervisor to coordinate communication between its agency the state and the Franklin community.