EMS crews see an increase in attacks by patients

This year in Indianapolis, 18 emergency medical workers reported being assaulted by a patient. 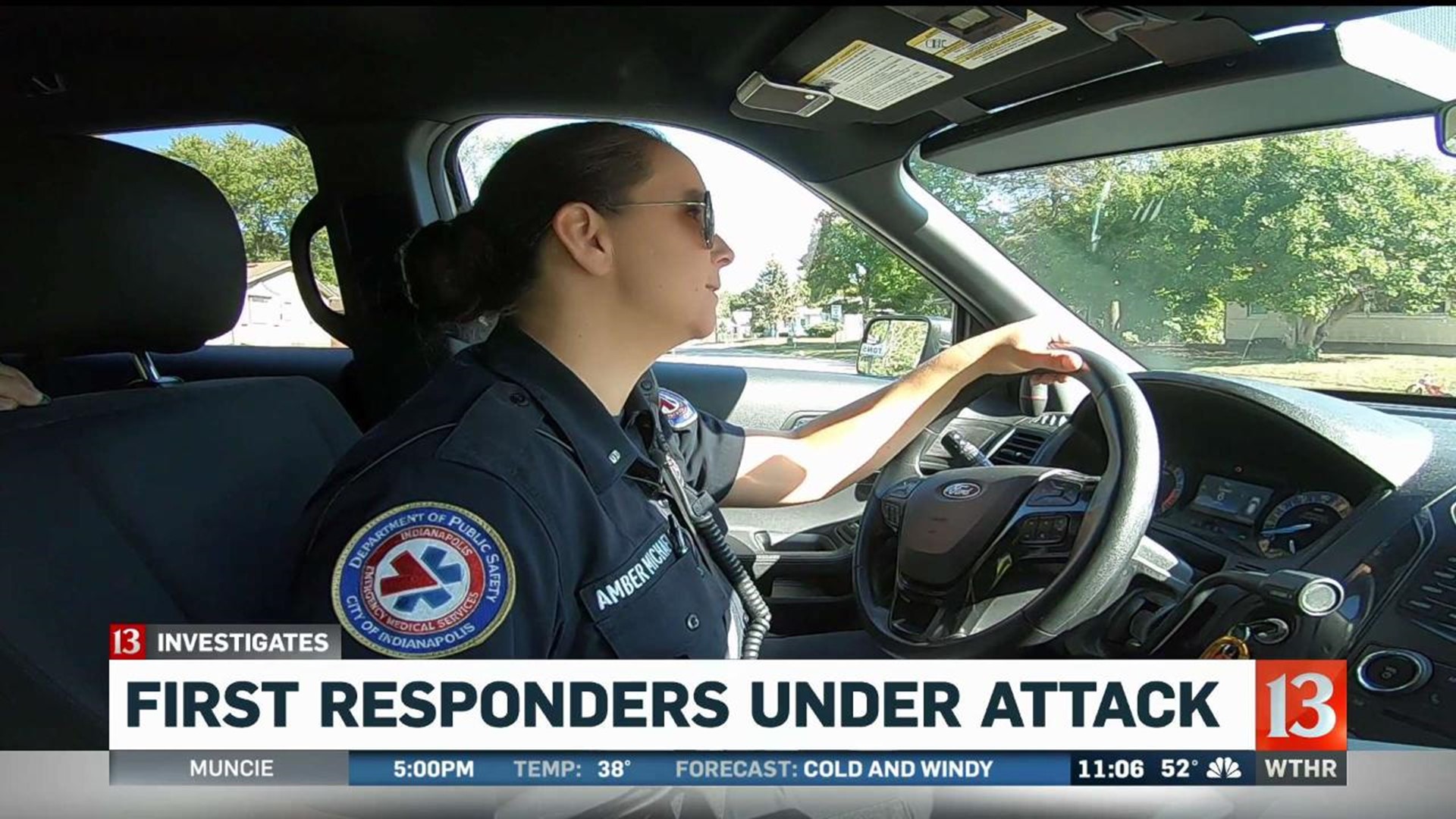 INDIANAPOLIS (WTHR) — A growing number of first responders are being attacked by patients and it is not just happening in Indiana.

​According to the most recent data from the Centers for Disease Control and Prevention, about 3,500 EMS workers were hospitalized in 2017 from work-related violence. That's up significantly from 2,600 in 2014. ​

​Lt. Amber Michaels with Indianapolis Emergency Medical Services oversees eight ambulances.​ She knows it's a job where you have to prepare for the unexpected.​

​"Anything can happen anywhere. You just have to be ready all the time," Michaels said.​

Her first call of the day was an overdose on the east side. A medic crew was already on the scene along with police and firefighters. ​

​In this particular case, the patient was cooperative. In many cases though, Michaels says disoriented patients fight back. ​

​Workers describe things like the patient's behavior, the perceived medical condition, and what the attacker used: their hands, feet, elbow or head. In extreme cases, unruly patients may even use weapons. ​

"It is a challenge and a hazard that we face on a daily basis," said Evan Cissell, a paramedic with IEMS.​

Cissell helps crews train to protect themselves from violent encounters. Its a program called DT4EMS, which stands for Defensive Training for EMS.​

"(There have been) situations of people having hair ripped out of them, being punched in the face, things get very heated back there," said Brian Van Bokkelen, Media Relations & Public Affairs Manager for IEMS.​

Bokkelen is talking about incidents happening in the back of an ambulance.​

"If the worse should happen and it becomes a situation where someone gets ahold of them, they know how to get out of that situation and ultimately get out of the ambulance," Bokkelen said.

At 5 feet, 1 inch, Samantha Ehresman said she was nervous about being in the field. She's about to become the newest member of IEMS. ​

"I've already spoken with other people in the field that are like, 'Yup, I've had to use defense tactics because I've been punched in the field before,'" Ehresman said. ​

​​Ehresman takes her training seriously because one day she knows she will have to defend herself.​

"It is a, 'We really hope this doesn't happen to you, but the numbers say that it'll probably happen at some point in the field,'" Ehresman said.​

"It is only getting worse as drugs progress and change in dynamics, weapons and stuff. So we're giving them an eye to see potential threats, to recognize them long before they're ever in a close distance to ever have to deal with that," Cissell said.​

For Michaels, she said knowing is half the battle. The other? Saving lives.​

​"It's my community. It's my family. Even if I don't know them directly they are somebody's family. I take care of people like I would want them to take care of my family and friends," Michaels said. ​