Several health departments across the state are angry and are now pushing back against the state’s new plan to slow the spread of coronavirus in nursing homes. 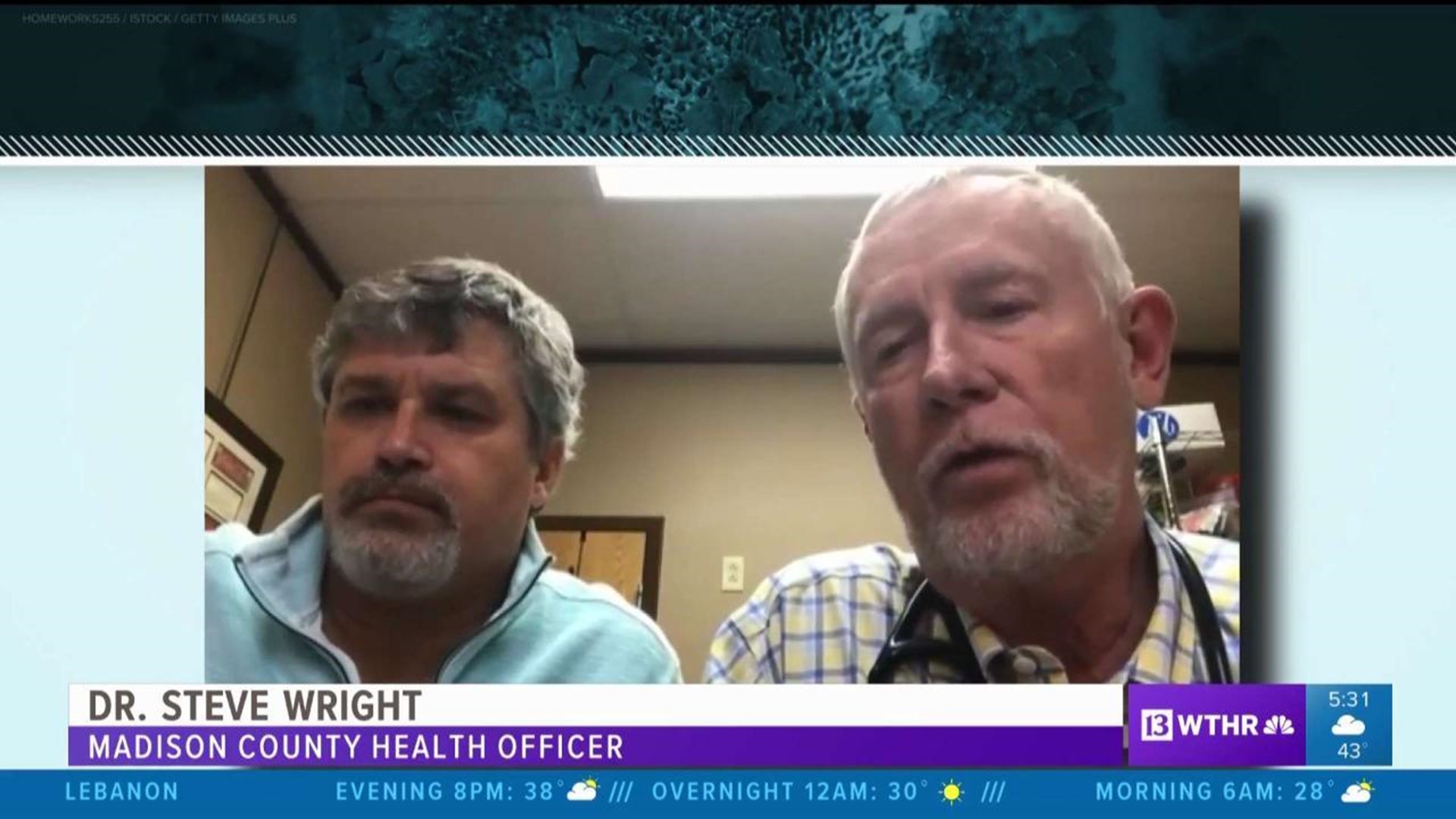 MUNCIE, Ind. (WTHR) — Several health departments across the state are angry and are now pushing back against the state’s new plan to slow the spread of coronavirus in nursing homes. Some longtime doctors fear that plan will actually cause the virus to spread faster and put elderly Hoosiers at more risk, not less.

That move is a statewide order announced Tuesday by Indiana State Health Commissioner Dr. Kristine Box. She shocked many local health departments by announcing that nursing homes are now permitted to freely move their elderly residents from one facility to another in an effort to slow the spread of COVID-19. To date, the state health department said it is aware of nearly 1,200 residents and staff of long-term care facilities who have contracted the coronavirus, and at least 119 of those residents have died.

“I've issued an order authorizing that long-term care facilities allow the transfer, discharge or transport or otherwise relocate patients or residents in accordance with the plans and guidance from the Indiana State Department of Health,” Box explained.

The state health commissioner also said permitting nursing homes to move residents, thereby allowing the facilities to group healthy residents together at some nursing homes and sick residents together in other facilities, was “scientifically sound” and could help protect senior from getting COVID-19 while also improving the quality of life for those who are infected with the virus.

But some local health departments say the Indiana State Health Department’s order is a big mistake.

“I’ve not been able to find the science she’s referring to. Where is this science coming from?” said Dr. Steve Wright, the health officer in Madison County who has also practiced family medicine for nearly four decades. “We’re concerned. We’re disappointed and confused. We don’t think it’s good science and we talked to some infectious disease professionals and pulmonologists in the area and they also agree with us.”

Wright and other doctors in Madison County say they thought local and state health officials learned a valuable lesson several weeks ago, when a large nursing home in Madison County that had been ravaged by COVID-19 proposed moving 29 healthy residents to a different nursing home in Henry County. The nursing home believed the move would help protect those seniors by getting them away from the infected facility. Local health officials objected and contacted ISDH, which agreed to test the 29 seniors before they were transported across county lines. That testing showed 20 of the 29 residents had COVID-19, even though they were not yet showing symptoms. The transfer was then put on hold, averting what could have been further spread of the virus to another nursing home that had no cases.

“If I was a family that had an uninfected facility and I had a loved one there, I would be very concerned that facility would bring in someone that’s not been tested into your facility and possibly contaminate that facility and your loved one,” said Dr. Troy Abbott, the president of Madison County’s Board of Health who has been visiting hospitals and nursing homes daily. “We’re the boots on the ground. We know what’s happening in these nursing homes. Allowing transfers without requiring a 2-step testing process could really create a lot of problems.”

Wilkins believes the state’s new order flies in the face of common sense.

“People with dementia that are moved don’t do well at all.”

Health departments also told 13 Investigates that the health commissioner’s decision to allow nursing homes to suddenly move an elderly resident to a new location puts seniors not just at risk for COVID-19, but also for other serious health problems.

“It takes a while for a resident to feel comfortable in a nursing home, so why would she want to do that and disrupt their lives?” Wilkins asked. “Studies have shown that people with dementia that are moved don’t do well at all.”

“To pick someone up who has confusion already and transfer them to an entirely new environment with new faces usually results in a rapid decline in their mental status and it certainly doesn’t help their health,” echoed Wright.

Box clarified her order Wednesday afternoon, making it clear the ISDH is not requiring nursing homes to move patients from one facility to another in order to create separation between those residents who have COVID-19 and those who do not. Some Indiana nursing homes have created isolation units within their facilities, allowing them to create separation without transferring residents to a different location.

The Delaware County Health Department was the first in Indiana to issue a local order prohibiting nursing homes from transferring patients during the COVID-19 pandemic. The state health commissioner said her order supersedes local orders because, according to the order, ISDH “has authority as the superior health department of the state to which all other health boards are subordinate.”

“I want to make it clear that this order does supersede any order that is issued by a local health department, and it will remain in effect for the duration of this public health emergency,” she said Tuesday afternoon.

That does not sit well with many health departments and local doctors.

“I’ve never heard of the state health department running roughshod over local health departments,” he told WTHR. “It’s supposed to be they support us, and now this is turning that on its head. We’re upset to have the control taken away from us. We thought we were independent.”

Delaware County’s health department is not giving up its fight to prohibit nursing home transfers. The department’s administrator sent an urgent email to all of the county’s long-term care facilities Wednesday morning, calling the state’s order “a terrible idea, noble in purpose and intent, but extremely flawed in application.” He challenged the state’s position that it can permit nursing home transfers, contradicting the county’s recent order that prohibits them.

“We do have the desire and responsibility to protect our local citizens, and in this case each of you, your staff, and your residents specifically,” wrote administrator Jammie Bane. “As far as I personally am concerned at this very moment, our local Order stands. I sincerely hope you feel the same way, and that you will call a timeout within your facility and not allow incoming transfers that would occur in opposition to it."

Bane and Wilkins also sent an appeal letter to the governor and state health commissioner Wednesday afternoon, asking them to reconsider their position.

“We believe many counties across Indiana also hold our belief that the State Order concerning relocation is not what is needed or desired at this stage in the pandemic, and will only serve to spread COVID-19 among out highest risk and most vulnerable population,” they wrote. “With this in mind, we ask that you consider this appeal and rescind the State Order effectively [sic] immediately.”