Indiana's Department of Homeland Security is trying to restore its image as leaders finally talk about the inner turmoil that's rocked the agency all year. 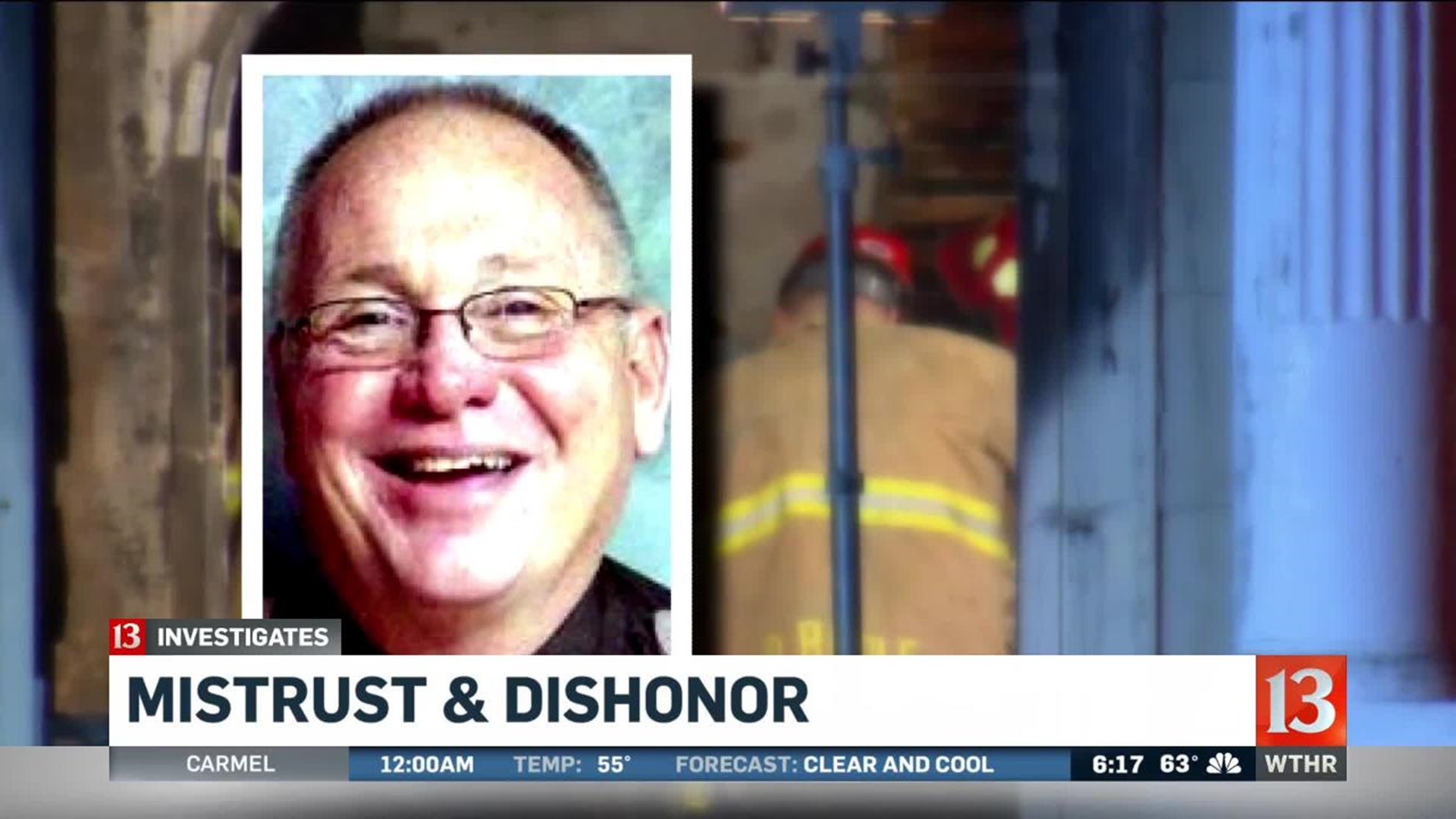 INDIANAPOLIS (WTHR) - Indiana's Department of Homeland Security is trying to restore its image as leaders finally talk about the inner turmoil that's rocked the agency all year.

13 Investigates brought you exclusive stories about financial mismanagement, the culture of sexual harassment, bullying and missteps into a high profile arson case.

State Fire Marshal Jim Greeson is elusive about what's been happening under his watch at the Department of Homeland Security.

"We're moving in the right direction," he said Wednesday morning outside State Government offices, before members of his staff whisked him away from WTHR's camera.

There were complaints of bullying at the hands of DHS inspectors at a popular theatre. And the resignation of an arson investigator after 13 Investigates revealed scathing emails about the investigation into a house fire in Flora where 4-sisters died. "Have you been effective in leading this agency?," 13 Investigates asked Greeson, to which he had no response.

Despite repeated requests, no one at DHS would talk about any of it until 13 Investigates pressed the Governor's office to provide an answer to Indiana taxpayers about the problems uncovered.

Director Bryan Langley finally sat down to take our questions starting with the Flora Fire and those emails.

Langley himself initially failed to respond to a private investigator who warned DHS that Arson Investigator Dennis Randle's conclusions were not based on evidence.

"Is this agency standing by his claims and his press release that there were multiple sites of accelerants found?" asked 13 Investigates.

Langley would not answer the direct question but made a startling comment.

"I do know Mr. Randle no longer being a part of this investigation is a good thing," he said.

In fact, it was 13 Investigates who first alerted State Police to the emails. ISP is the agency actually in charge of the Flora Fire Investigation.

"I don't know about this but I'll find out," vowed Doug Carter, the State Police Superintendent after reviewing the emails obtained by 13 Investigates. A week later, Dennis Randle resigned.

Langley says investigators now agree there was at least one accelerant and the fire was intentionally set.

Then there were complaints of sexual harassment by a group of temporary employees. Dave Smith, the Code Enforcement Chief was fired.

"We won't tolerate misconduct period. As soon as I came in we made those changes and to your point those individuals are no longer here," said Langley.

The Assistant State Fire Marshal is gone too. Robert Johnson helped the temps to report the allegations of sexual harassment. Within days he was told his job was eliminated.

"It should not be tolerated one bit and that's why we made changes at DHS to address those situations," said Langley who called Johnson "a good person."

But Langley could not explain the allegations of bullying at the Strand theatre in Shelbyville. DHS granted a construction design release for a new fire exit and bigger stage and then revoked it. After reinstating the release, inspectors cited the theatre for violations that didn't even apply. The violations were later dropped on appeal.

"They can move forward with construction. There's no stopping construction," Langley said without explaining what went wrong.

Still there are mounting concerns about DHS.

Families, employees and community leaders want to know if the Governor is paying attention..

We caught up with the Governor moments after he talked about the importance of first responders at a memorial Wednesday morning.

"Are you concerned about the turmoil here at DHS in Indiana?" asked 13 Investigates.

"I have the utmost high confidence in Bryan Langley to make sure we get everything sorted out and properly handled," he said before walking into the Statehouse.

Director Langley says Arson Investigator Dennis Randle was not under an "active" investigation by the agency at the time of his abrupt resignation. The Flora Fire investigation is now heading into it's 10th month. A $5-thousand dollar reward is available for anyone with information about who set the home on fire with 4-little girls inside.