Last summer, 13 Investigates found Indiana is among the worst in the country for maternal mortality and was ranked in the top three for deaths. 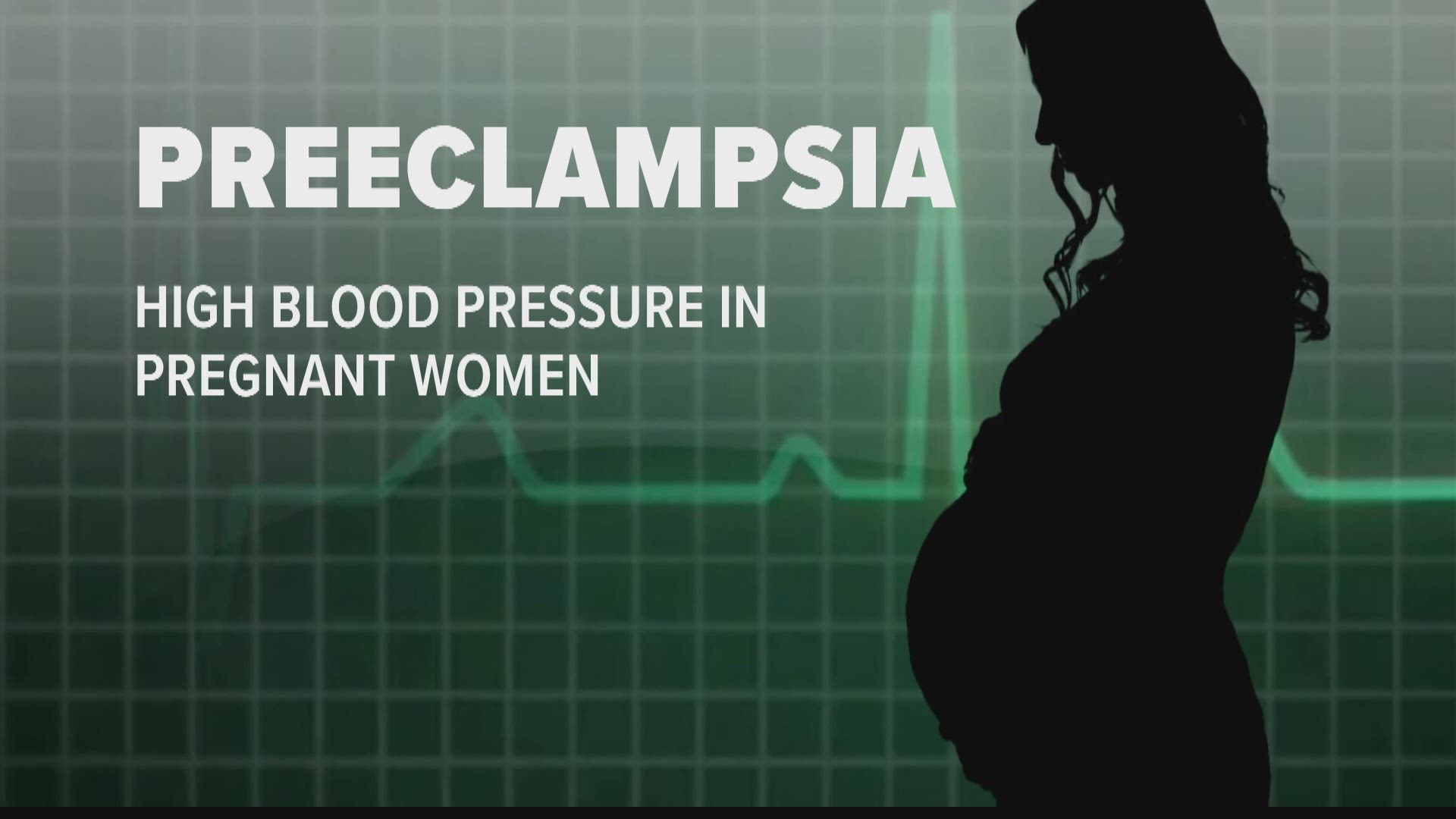 It's a troubling issue because Indiana has one of the highest rates of maternal mortality, especially among Black women.

Anthony Wallace is still in disbelief. Just three weeks ago, he and his wife, Dr. Chaniece Wallace, were counting down the weeks to the birth of their baby girl Charlotte.

On Oct. 20 Chaniece, the chief pediatric resident at the IU School of Medicine, was rushed into surgery for an an emergency C-section. She had developed preeclampsia, a dangerous form of high blood pressure in pregnant women.

But that was just the start.

"She ended up having a ruptured liver," Anthony told 13News.

Initially, doctors at Ascension St. Vincent Hospital couldn't find the source of the bleeding. Chaniece went back into surgery. That's when she began experiencing kidney failure. Then three days after she gave birth, a brain hemorrhage took her life.

"My life will never be the same," said Anthony, who is now left to raise Charlotte on his own. He's also seeking answers about his wife's care.

"I am concerned about it. I did have an autopsy done. And I will be doing an investigation," he revealed for the first time.

Last summer, 13 Investigates found Indiana is among the worst in the country and was ranked in the top three for deaths. Numbers from America's Health Rankings and the Indiana Department of Health, showed African American women dying at higher rates from childbirth complications.

"My wife spoke often about women of color and how their voices are silenced. They're not really heard," recalled Anthony.

"In 53 out of 100,000 (live births) African American women die just by having a baby in Indiana," Summers explained, pointing out the disparity in birthing outcomes.

Summers believes Chaniece's case raises additional concerns about implicit bias because Chaniece was a doctor and had accessible health care.

"This is happening. It shouldn't be happening. We're not in the 1950s. We have got to do better," said Summers, who is planning to introduce new legislation in 2021.

The state has already created a Maternal Mortality Review Board. That group of experts will try to determine if Chaniece's death could have been prevented.

Ascension St. Vincent, along with the entire healthcare community, is devastated by the loss of Dr. Chaniece Wallace. Due to federal privacy laws Ascension St. Vincent is unable to comment on specific patient care. The Wallace family remains in our thoughts and prayers during this difficult time.

"I don't want her death to be in vain, and if there's negligence of any sort, I just want it rectified," Anthony told 13 News.

As he marveled at the resemblance of baby Charlotte to her mother, he also vowed to speak for Chaniece and raise awareness.

"If I can honor her in any type of way, I'm seeking truth for her and justice for her and the proper medical attention that should be given to women of color. Period," he said emphatically.

Already Chaniece's story is being told across the country.

A GoFundMe page for baby Charlotte has already topped $164,000.