A Missouri truck driver is being held without bond in the Marion County Jail, accused of causing a weekend wreck that claimed three lives. 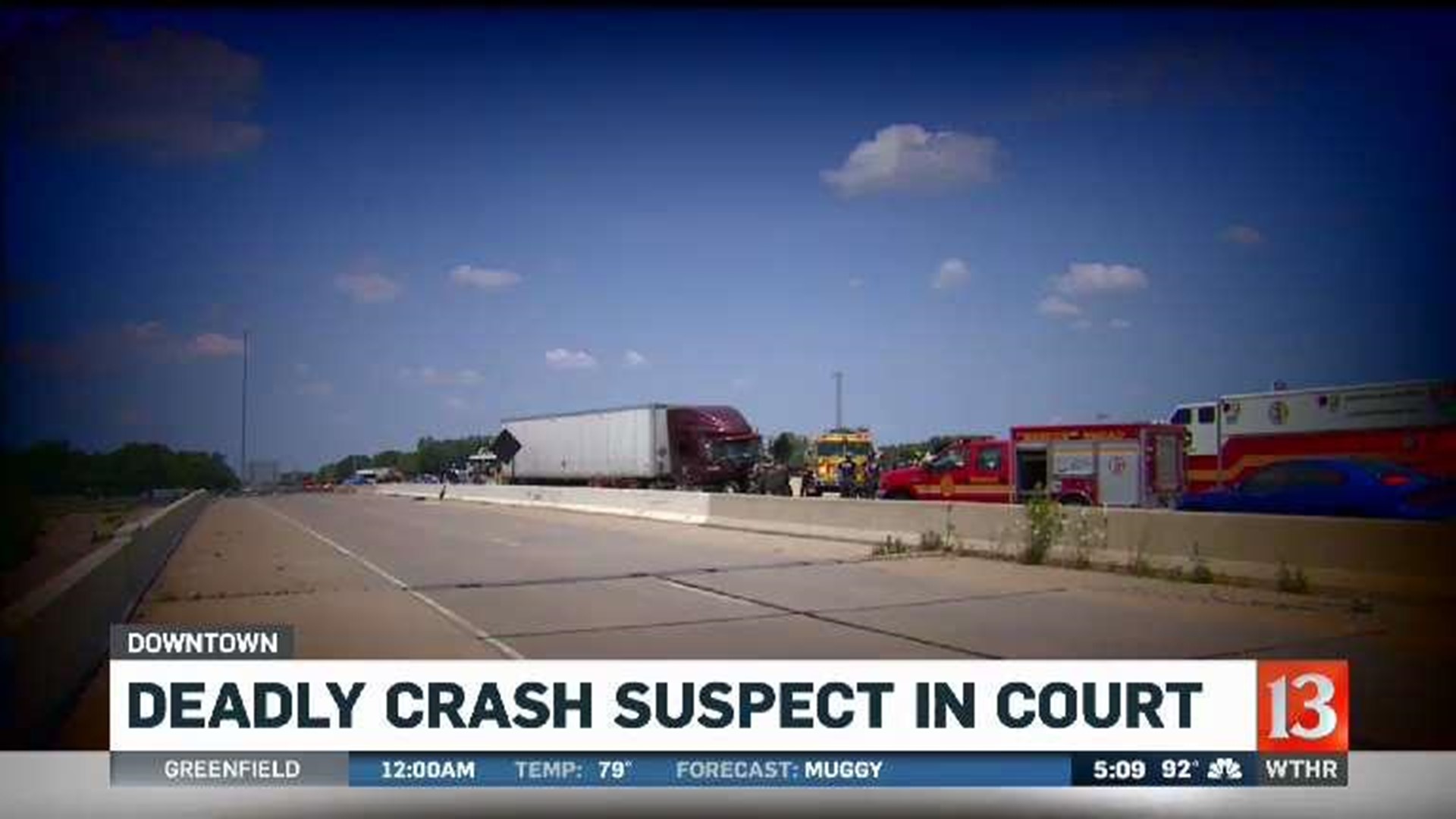 Bruce Pollard has been arrested for a fatal crash on I-465. (ISP)

INDIANAPOLIS (WTHR) — A Missouri truck driver is being held without bond in the Marion County Jail, accused of causing a weekend wreck that claimed three lives.

Accident investigators didn't find any skid marks at the scene of the crash on Interstate 465 Sunday afternoon. Witness and other evidence leads them to believe 57-year-old Bruce Pollard was traveling a lot faster than the special 45 mph speed limit and didn't hit the brakes before crashing into the stopped traffic.

Seven vehicles were wrecked, injuring seven people and killing 29-year-old Alanna Koons and her 18-month-old twin daughters June and Ruby, who died at the scene. Their car burst into flames after being struck by the semi.

Survivors of the crash were horrified by what occurred around them.

"I know the people behind me," John Bennett said, "there was nothing they could do about it. They were just in the wrong place at the wrong time."

Investigators gathered evidence from a crime scene three-quarters of a mile long. Monday, they focused on the truck. It likely carries a black box that recorded the truck's speed, braking and other critical details that led to the accident.

It appeared traffic on I-465 was stop-and-go Sunday around noon as four lanes of cars and trucks squeezed into a single-lane construction zone.

Since the Sunday wreck, we've heard from drivers who describe the area as scary. They insist there aren't enough warning signs. They want more signs placed further from the construction area to give drivers more time to slow down.

Investigators also stated Pollard did not express any remorse and was only concerned about his belongings, medicine and which hotel he would be transported to. He admitted to being on a lot of medicine and even has special pills that belong to his mother that helps with his anxiety.

According to INDOT spokesperson Scott Manning, the number and placement of signs, warnings and barrels meets or exceeds the requirements of its Work Zone Safety manual and that in Marion County the typical 1-mile warning area has been doubled to 2 miles.

I-465 Eastbound at Keystone on the north side.

7 vehicles involved, one confirmed fatality at this time.

Please avoid the area, this will be a lengthy investigation and clean-up

Eyewitness News looked into Pollard's background. In the 30 years he's been driving trucks, Pollard has accumulated more than a dozen citations in Indiana and his home state of Missouri. According to court records, they include traffic tickets and safety violations. Pollard was arrested in 2017 in Audrain County, Missouri for making a false declaration regarding his medical examiners' report. In 2018 and 2019, Pollard was cited for failing to equip his truck with the required braking system or maintaining its brakes.

The eastbound lanes remain closed as the investigation continues https://t.co/80w3A8TvRZ

Charges have been filed against Pollard with three counts of Reckless Homicide (Level 5 Felonies) and one count of Reckless Operation of a Vehicle in a Highway Work Zone (Class A Misdemeanor), and an Initial Hearing is set for today at 1:30 p.m.

In the meantime, the Koons family is asking for privacy.

Koons was an active member of the Northside Twins and Multiples Group, which described her as "a very sweet and caring individual that enjoyed spending time with her girls" in a statement Monday night.

"We have lost a treasured member of our community and the shock and pain is nearly overwhelming to us all," said Co-President Ginger Burge Lines. "We pledge to do all we can to support Alanna's family during this difficult time."

The group, a nonprofit that is open to mothers, parents and guardians of multiples, has set up a GoFundMe account for Koons' husband to help pay for funeral costs and other expenses.