According to the secretary of state's office, 553,270 mail-in ballots had been requested by Thursday morning. 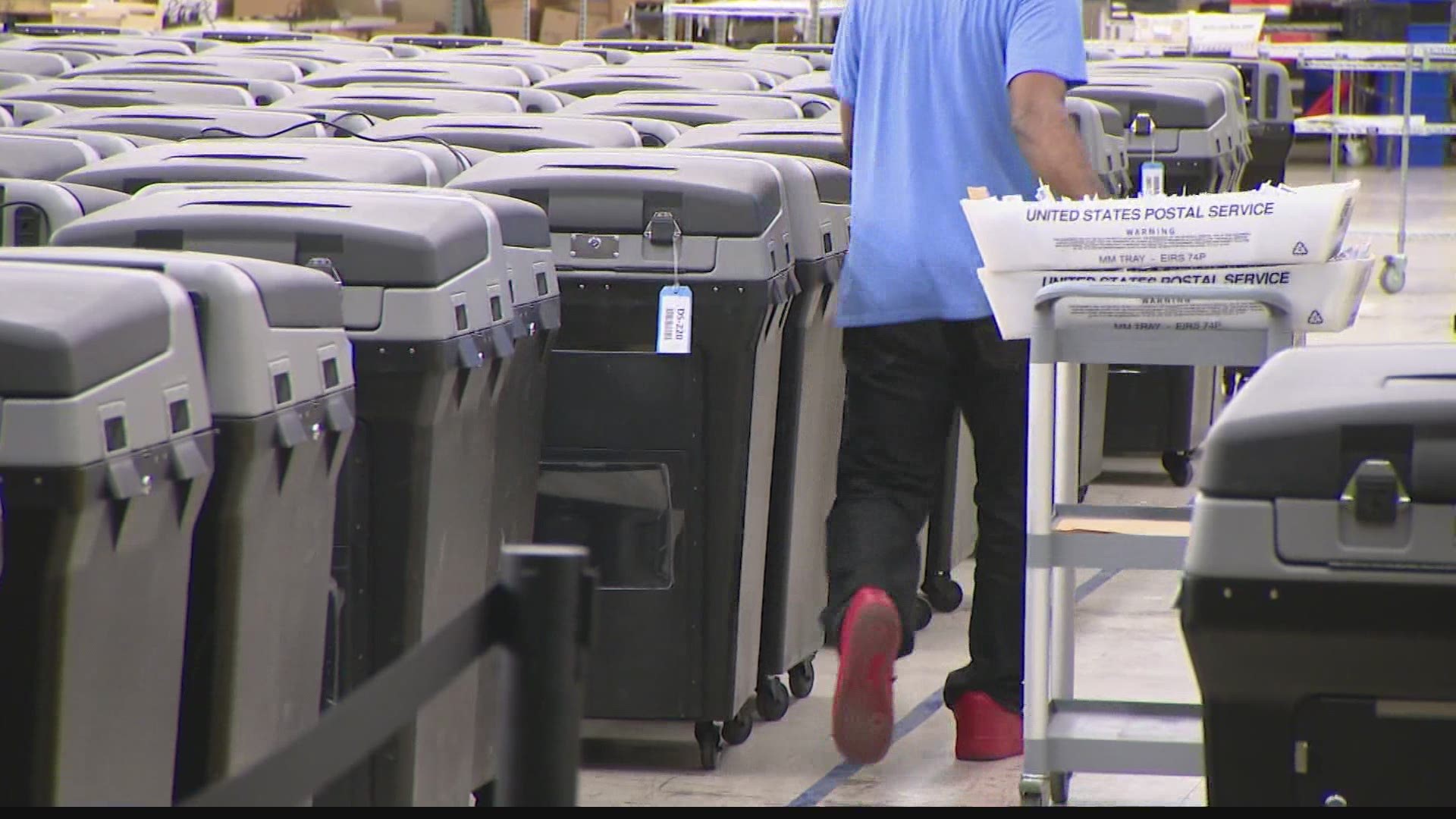 INDIANAPOLIS — Across the state, requests for absentee ballots continue to pour in just hours before a midnight deadline to request a mail-in ballot.

According to the secretary of state's office, 553,270 mail-in ballots had been requested by Thursday morning – that’s about 400,000 more absentee ballots than Hoosiers requested for the general election four years ago.

“We're seeing a record level of requests to vote absentee by mail,” said Marion County Deputy Clerk Russell Hollis. In Marion County, more than 98,000 residents have registered for an absentee ballot, a 448 percent increase from the 2016 general election.

“It's a big change from just four years ago. That is significantly more than what we've seen in previous Presidential elections,” Hollis said.

And the numbers are similar all across central Indiana. 13News reviewed county-by-county data provided by the Indiana Secretary of State’s office, and it shows most central Indiana counties have received mail-in ballot requests at levels that triple or quadruple their totals from 2016.

The totals do not include the last-minute rush that election officials are expecting before Thursday's absentee application deadline at midnight.

“We'll probably make pretty close to 50,000 [absentee ballots] because tonight I think there will be a surge” said Hamilton County Election Supervisor Beth Sheller, whose office had already received 46,684 absentee ballot requests by Thursday morning. “I think we'll have a lot of ‘em ready to send out in the morning.”

Election officials say the huge jump in absentee applications should not come as a surprise – and the reason is pretty straight forward.

“I know some of it’s got to do with COVID. No doubt about it,” said Sheller. “People are not supposed to use COVID as an excuse to vote by absentee ballot – that’s not one of the approved reasons to vote by mail – but I think that’s’ really what’s driving a lot of it.”

“We know it’s because of the pandemic,” agreed Hollis. “A lot of voters feel the safest way to vote in a pandemic is voting from home by using an absentee mail ballot.”

RELATED: Mike Pence to return to Indy to vote early

For those who still want to cast a ballot by mail, time is ticking. With most county clerks' offices now closed until Friday morning, voters trying to beat a midnight absentee application deadline have only one option left: going to the state’s online voter portal to file an absentee ballot request by computer before midnight.

“If we get the application in our office tonight, we’ll get it out in the morning and that can still count,” Sheller said. After that, Indiana voters will have to cast a ballot in person – either on November 3 or at an early voting site prior to Election Day.

If you've already requested a ballot and haven't received it yet, you can check on its status by logging into your online voter portal. That will also tell you if your mailed ballot has been received by your county clerk's office.

Election officials urge voters not to wait to mail their ballots. Getting an absentee ballot completed and mailed in as soon as possible allows for staff to identify possible errors on ballots (the Hamilton County clerk’s office is getting about 20 absentee ballots daily that are missing required signatures) and to contact voters prior to Election Day to get the problems fixed so the ballots can still be counted.

If you’ve requested an absentee ballot and haven’t received it, contact your clerk today (look up their info at https://t.co/ztCDMJX2Sj).

If you have received it, make sure to fill it out and mail it in as soon as possible!

According to state law, absentee ballots must be received by a local election office no later than noon on Election Day to be counted.

Absentee ballots must be processed by hand, which takes longer to tally. With so many extra absentee ballots being utilized during the 2020 election, clerk’s offices are reminding voters that it will likely take an extra few days after the election to get all the votes counted.