Schools and universities around the country are now taking a closer look at their artificial turf fields. Some of them say the fields are falling apart and not lasting as long as expected, prompting lawsuits and concerns nationwide. 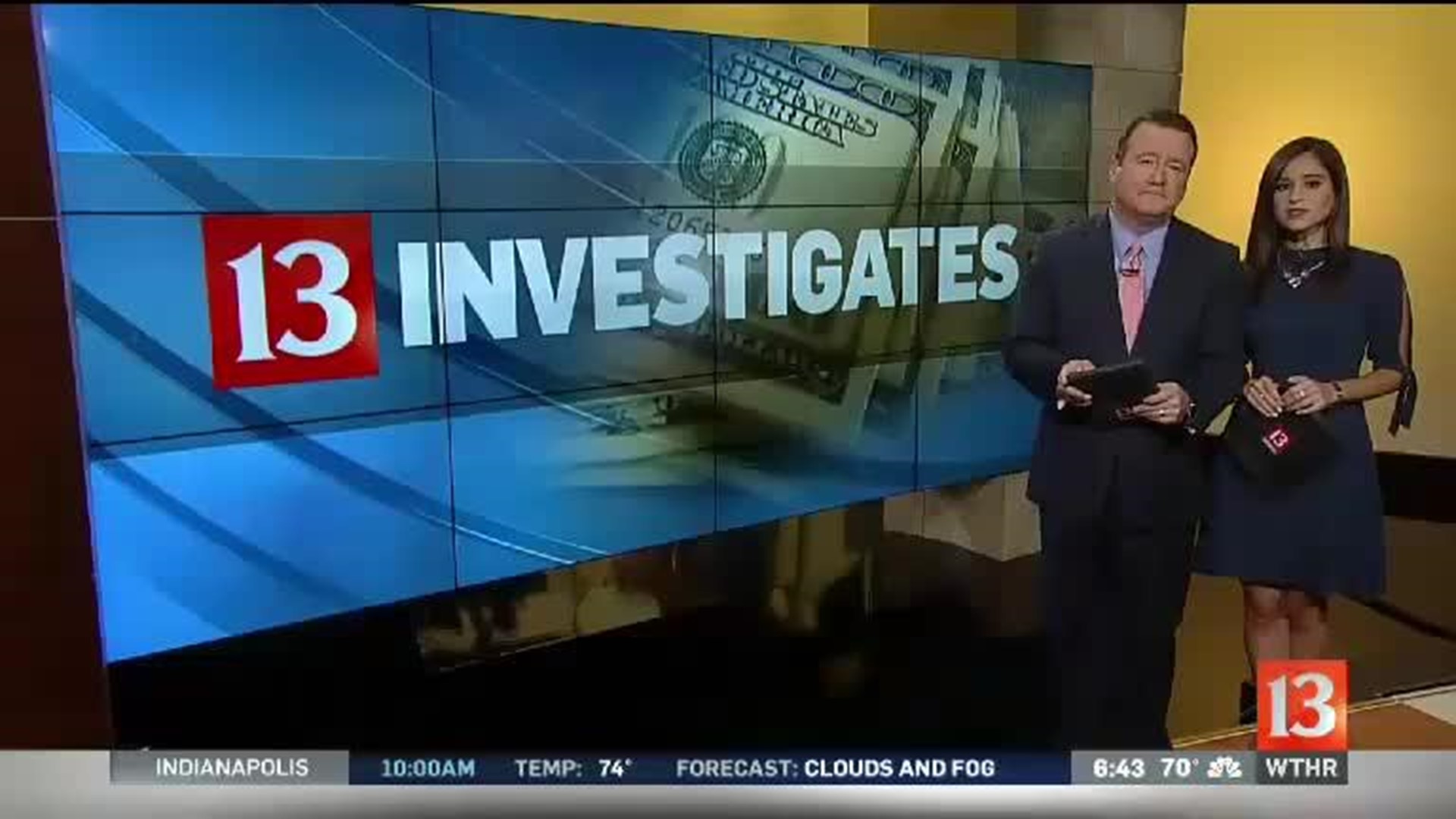 Schools and universities around the country are now taking a closer look at their artificial turf fields. Some of them say the fields are falling apart and not lasting as long as expected, prompting lawsuits and concerns nationwide.

BLOOMINGTON, Ind. (WTHR) - When Indiana University’s football team begins its new season, it will be playing on new turf.

It came with an 8-year warranty, and university officials hoped it would last a decade. But this spring, contractors ripped the artificial grass out of Memorial Stadium months before the warranty expired.

Other colleges and universities have done the same thing.

“We met with the supplier, FieldTurf, and we determined it was in the best interest of both the university and FieldTurf to replace it sooner than later,” said Mark Burk, director of stadium and event services at the University of Utah, which decided last year to replace the turf at Rice-Eccles football stadium. The turf was seven years old.

Across the country, some high schools say their artificial turf fields started to wear out even sooner than that.

While FieldTurf promotional materials and sales pitches promote the financial benefits of its 10-year lifespan, customers like Indiana University say “normal wear and tear” necessitated faster replacement of its turf.

FieldTurf acknowledges it sold defective synthetic turf fields to at least 140 schools. The exact number is not known. The cause is.

In a federal lawsuit filed back in 2011, the company accused one of its suppliers, TenCate, of producing “defective fibers” that are “degrading prematurely.” According to the lawsuit, the grass-like fibers frayed and broke down – especially on fields installed in warm-weather states -- because they lacked the proper application of UV protection promised by the supplier.

“When you’re shoveling product out into the market that you know is going to fail, that’s fraud,” said attorney Peter Lindborg. He and Irina Mazor represent three California schools that are suing FieldTurf for allegedly selling them a defective product.

“FieldTurf knew at the time that it was selling these fields that these were prone to failure,” Lindborg told WTHR. “Many of these fields sell for half a million dollars, so you don’t expect that to happen.”

“This really impacted a lot of people and a lot of communities,” added Mazor.

Other school districts have filed lawsuits, too, seeking reimbursement from FieldTurf.

In its legal filings against TenCate, FieldTurf said it spent millions of dollars to replace and repair affected fields. The company would not provide a spokesman to talk with WTHR on camera, but it did send a statement:

“FieldTurf is well aware of the issue with some earlier generation TenCate Duraspine fibers. We no longer use these fibers, have worked closely with our customers to resolve this issue when it has arisen and have always been dedicated to honoring our warranties and remediating any affected fields where appropriate - at no additional cost to customers.

However, it’s important to note that there has not been an issue with all fields using the Durspine fiber. In fact, our estimates suggest that this issue has arisen in only about 2% of our 7,000 fields nationwide. In addition, it has been typical for the field failures to appear in the first few years of a field’s life – not in the final years of the eight year warranty as is the case with many of the fields in question in this region. We will work with any customer who contacts us to evaluate their field and stand by our warranties.”

At least 16 Indiana schools, colleges and universities installed FieldTurf products between 2007 and 2011 -- the time frame when the company sold some defective turf fields. Those schools include:

WTHR contacted some of those schools and visited their fields to inspect the turf. Schools like Decatur Central High School say they have been closely monitoring their turf for signs of early wear.

“It’s definitely something we've been aware of,” said Decatur Central athletic director Justin Dixson. He told WTHR the FieldTurf football and soccer field at the high school was installed seven years ago, and it seems to be performing well.

“We want our field to hold up based on what the company has said it's going to, and so far we feel like it has,” Dixson said.

At North Central High School, WTHR’s field inspection showed some of the fibers on the football field pull out rather easily. But, overall, the 9-year-old FieldTurf surface appears to be in good shape.

The turf at Lawrence Central and Lawrence North high schools is almost 8 years old, and the warranties expire next month. School officials say they're happy with their turf, but they declined an on-camera interview and would not allow 13 Investigates to inspect it or to take video.

WTHR asked for an explanation since the sports fields are public facilities paid for with public tax dollars.

“We just really don’t want you to do that. There’s no need to start a controversy,” said Lawrence athletic director, Grant Nesbit. “We haven’t had any problems and have been very pleased. I think ours is going to go beyond ten years.”

Other school districts are still watching and waiting to see if their turf will hold up, too.