Are state issued metal detectors being used by the schools that received them?

There have been at least five incidents involving guns at schools in Indiana since students returned in the last three weeks. 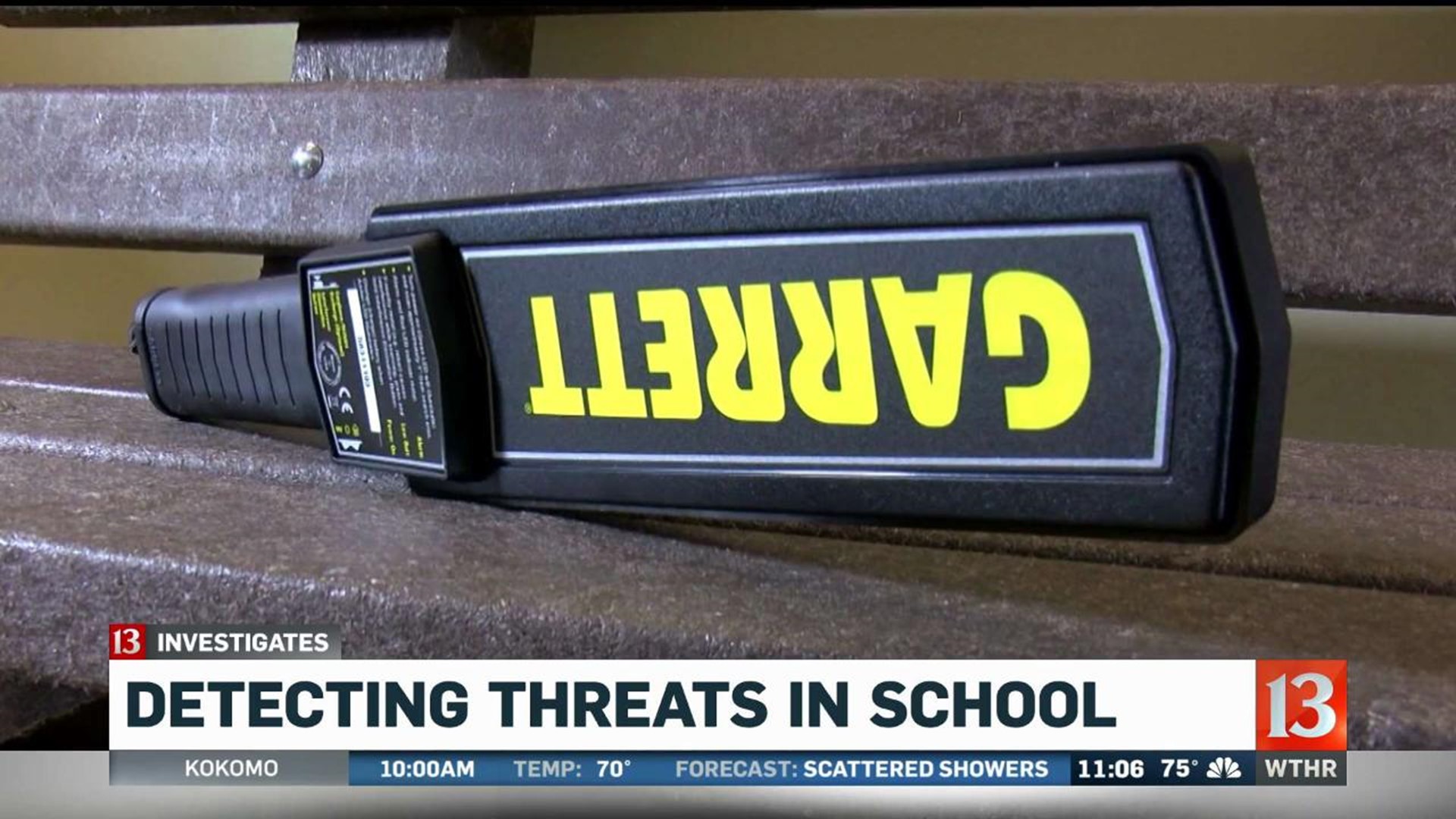 INDIANAPOLIS (WTHR) — There have been at least five incidents involving guns at schools in Indiana since students returned in the last three weeks.

It was the Noblesville West Middle School shooting that led Indiana Governor Eric Holcomb to roll out a plan to try to make every school across the state safer.

It involved providing one handheld metal detector for every 250 students at any traditional public, charter and accredited non-public school that requested the devices.

Who got the metal detectors

The metal detectors were part of a larger push by the governor to improve school safety. The state's Department of Homeland Security reported in July of 2018, it received applications from 390 districts for money from a nearly $15 million grant program. Those grants could be used for school resource officers, safety equipment and threat assessments.

Dozens of districts requested the metal detectors and began receiving them in August of 2018.

What quickly followed were questions about how and when the devices would be used.

Brian Clouse, police chief for Washington Township schools, told Eyewitness News at the time that the metal detectors would be used when reasonable suspicion allowed them to search a student. He said ​wanding every student walking into the building isn’t realistic.

“It’s really impossible to do that because it really puts us in a tough bind because where do these students queue up? Outside in a large group? That’s not the best environment for safety,” Clouse said.

That statement still holds true as most schools only use the wands when they already suspect a potential problem. Greenwood Community Schools received 16 wands from the state.

"We're not in the business of trying to get kids. We are in the business of keeping kids safe and keeping our school safe. That's why we want to make sure that they know, hey, we can use them if needed, if we have reasonable suspicion to use them we will," said Dr. Kent DeKoninck, Greenwood Community School Corporation Superintendent. "At the same time, our administrators aren't walking down the hallways with these in their hands. Because that's not how we're going to be and we don't think we need to be."

Dr. DeKoninck said handheld metal detectors serve as a deterrent and have revealed vaping pipes more than weapons in Greenwood.​

Metal detector use in schools in 2019 school year

With the five incidents already this year of students in central Indiana being found to have guns, Rich Nye reached out to the four districts where the gun was found in school. He also reached out to Hamilton Southeastern Schools, which requested the most metal detector wands from the state with 91.

Wayne Township received 65 metal detector wands from the state. It added those to its existing wands and distributed them based on enrollment to its schools.

A statement from the district reads in part: "We utilize the wands in response to situations within our school buildings as necessary and at some extra curricular events as well."

The district does not use daily entrance metal detectors.

Click here for the school board policy called: "Questioning and Searches of Students and Student Property." The policy would guide the use of the wands in Wayne Township schools.

Lawrence Township schools tells 13 Investigates it has received 66 wands from the state.

The district reports that those wands are used daily at secondary buildings for late arrivals and for extracurricular events.

A statement to Eyewitness News reads: "In 2018, the district invested in 16 walk through metal detectors for secondary buildings and central office. Random checks are done daily and have actually been in place for extracurricular events since 2015."

The district has also stated that with renovations, plans will be centered around safe and secure spaces for students.

Hamilton Southeastern received the most wands from the state with 91.

They are not used to wand students as they enter the schools. The district did say, "We use them on limited occasions when warranted."

The district said it has worked with FPD to establish several layers of safety protocols to identify potential threats. The most important element of those layers is students and community members reporting suspicious or unusual activities/behaviors.

Indianapolis Public Schools only has one walk through metal detector and that is at its alternative school.

It received 50 wands from the state and were given to each of the district's police officers. The rest are being kept in reserve.

A statement from IPS said in part: "Our officers are the only personnel in the district permitted to use the detectors because they are trained law enforcement. It’s our belief that school administrators and other staff are not equipped with the knowledge of what to do if something is discovered by a metal detector when it comes to proper search and seizure methods."

Washington Township has 12 administrators and school police officers that are trained and have met all statutory requirements for certification as School Safety Specialists in the state of Indiana.

“We are reminded that it all boils down to the fact that nothing replaces the human factor of observation and if you see something say something, do something” said Chief Brian Clouse of the MSDWT Police Department in a statement. “Our students and staff take seriously the charge to be the eyes and ears for a safer school campus.”

The district statement said it has used metal detectors, both stationery and handheld, as appropriate and will continue to assess and explore the need for future use.