With more end-of-life donations, how can families know their loved ones most precious gifts are being handled by qualified people? 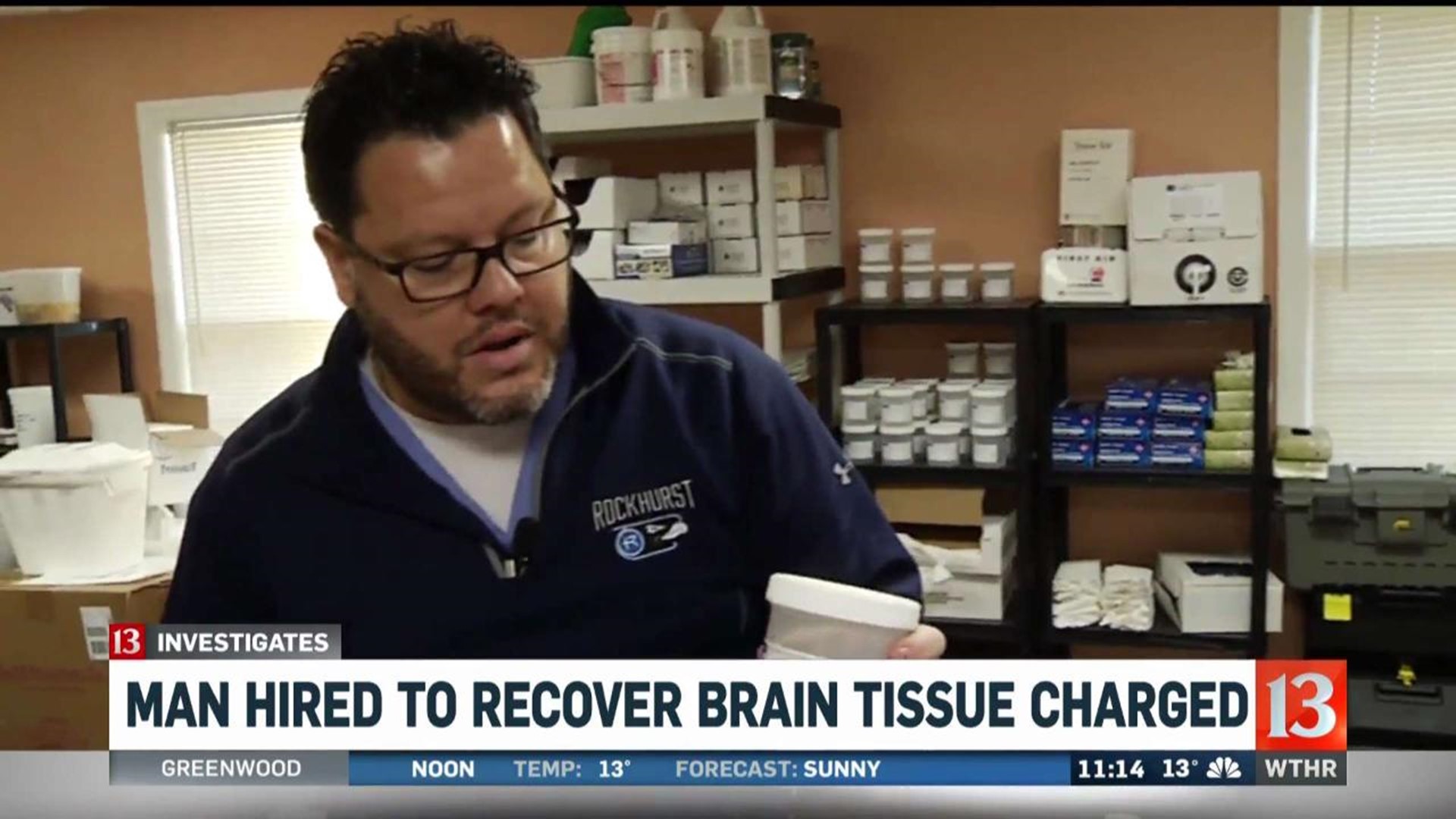 INDIANAPOLIS (WTHR) — DNA and tissue samples are at the core of the BioBank at the Indiana University School of Medicine.

The repository, or tissue bank, represents the cutting edge of research for innovative treatments for Alzheimer's disease.

The samples are a collective gift from the families of 68,000 people who entrusted brain donations to science.

"These are all families that have been struggling with a disease — just devastating for them and their families," said Dr. Tatiana Foroud, PhD and chair of Medical & Molecular Genetics at IU’s School of Medicine. "We want to do our very best to honor that sacrifice.”

Dr. Foroud oversees the Dementia Research Program where the quality of research is impacted by what happens in the morgue during the recovery process.

"There's a very strict protocol through which that tissue is handled," Foroud told 13 Investigates.

The program provides the materials necessary for the tissue recovery, and a step-by-step protocol to try to ensure consistency in the samples collected across the country. The specimens are then sent to a neuropathologist for examination and a final report.

But last November, 13 Investigates made a discovery. A man accused of desecrating bodies was hired to recover brain tissue for the IU Alzheimer's study. The discovery came in the midst of a media tour inside a Topeka, Kansas lab operated by Shawn Parcells.

"This one is a case we did for Indiana University, a brain case," Parcells said, pointing to a box inside the lab. Parcells owns National Autopsy Services LLC.

The problem is Parcells has no medical credentials and is now facing criminal charges for theft and desecrating bodies and storing organs and tissue in that same makeshift morgue.

13 Investigates contacted Parcells to ask about his connection to the Alzheimer's study and the civil action being taken by the Kansas Attorney General to shut down the morgue and his business.

"If I'm desecrating loved ones and I'm in the wrong, then how come there are other companies or other individuals that are autopsy assistants who are going around and doing cases?” Parcells asked.

But he has contracts and cashed checks for autopsy services including receipts and case contracts for Dollie Lee Kinder of Indianapolis.

Kinder suffered from dementia but was not part of the IU Alzheimer's study. Instead, her family turned to Parcells hoping to learn more about her death.

"An autopsy was done, there was no scam," he said.

Parcells told 13 Investigates he hired a surgical technician to handle Kinder's case. He admits the technician was not licensed. Records confirm sections of Kinder's brain were removed as part of an autopsy.

In Indiana, the actions of Parcell and his hired agent violate Indiana law according to Tony Ciriello, training director of the Indiana Coroners Training Board.

"In order to conduct an autopsy, it must be conducted by a board-certified pathologist. I'm a professional, I want professionals taking care of my families," said Ciriello, who's been the training director for 20 years.

According to Ciriello, Indiana has 22 pathologists who work with county coroners to get autopsies done across the state.

Whether it's autopsy or tissue recovery, Parcells has questionable credentials.

He claimed to be board-eligible for certification with the American Association of Tissue Banks (AATB). But that organization told 13 Investigates it only provides one certification through its Certified Tissue Bank Specialist Program (CTBS).

"No one named Shawn Parcells holds that credential," said Jennifer Keller, a communications vice president at the AATB.

So how was Parcells able to secure a contract for the Alzheimer's study?

"We had a family, (and) we were looking for someone to perform removals in that area and that company was referred to us by an academic institution in that area," Dr. Foroud said.

She said she prefers that a physician or a pathology assistant do the work. But she admits it’s not always practical.

"If we require any tissue removal to only be completed by a physician, there will be an entire group of participants who will never be able to have or participate in tissue donation. That's a tough requirement to make and one I would be hesitant to make," she said.

Parcells also claimed to be a pathology assistant, but no one checked.

For nearly a decade he operated across the country with no oversight.

Last year, the American Association of Pathologists' Assistants put out a scathing statement warning "Shawn Parcells is not a qualified pathologist assistant."

Citing the criminal charges against him, Parcells said he stopped doing autopsies, but as for tissue recovery, 13 Investigates discovered the laws surrounding that part of the industry are less stringent.

The requirements to become a tissue recovery technician vary from state to state.

In Indiana individuals must have a high school diploma, and secondary training with a certification in an allied health field.

Organizations like the Indiana Donor Network require individuals to also have one year in a technical health care or professional program with certification. Tissue banks and other organizations also come under federal scrutiny for their practices.

When asked if it concerns her, Dr. Foroud said she couldn’t comment on the regulations nor recommendations.

According to Dr. Foroud, the Alzheimer's Study had three brain cases completed by Parcells and his company. She believes the samples submitted to the Alzheimer's study present no concerns.

But how would she know?

"The neuropathologist was able to work with the tissue, raised no concerns about the tissues or any examination of the tissue," she said.

Still the question remains, should unqualified individuals like Parcells be allowed to do tissue recovery? And how can families be assured their loved ones are being treated with respect and dignity?

"I agree this is a very difficult discussion," Foroud said. "As soon as we became aware that there might be some concerns, we contacted the legal counsel at Indiana University.”

But when 13 Investigates asked if Parcells still had cases pending with the Alzheimer's study, Foroud would not give a direct response.

"If there are active cases, they're with the authorities in Kansas," she said.

While Foroud said her team is taking a closer look at its own protocols and would welcome reform, she said it's ultimately up to the industry to decide how to police tissue recovery.

The Indiana Attorney General has opened an investigation into Parcells, his company and their actions in Indiana.

National Donor Day is an important time to raise awareness about the benefits of giving.