“I did not receive my absentee ballot and I’m under quarantine in the [assisted living] facility, so I can’t get out to vote,” said 72-year-old Anne Crouse. 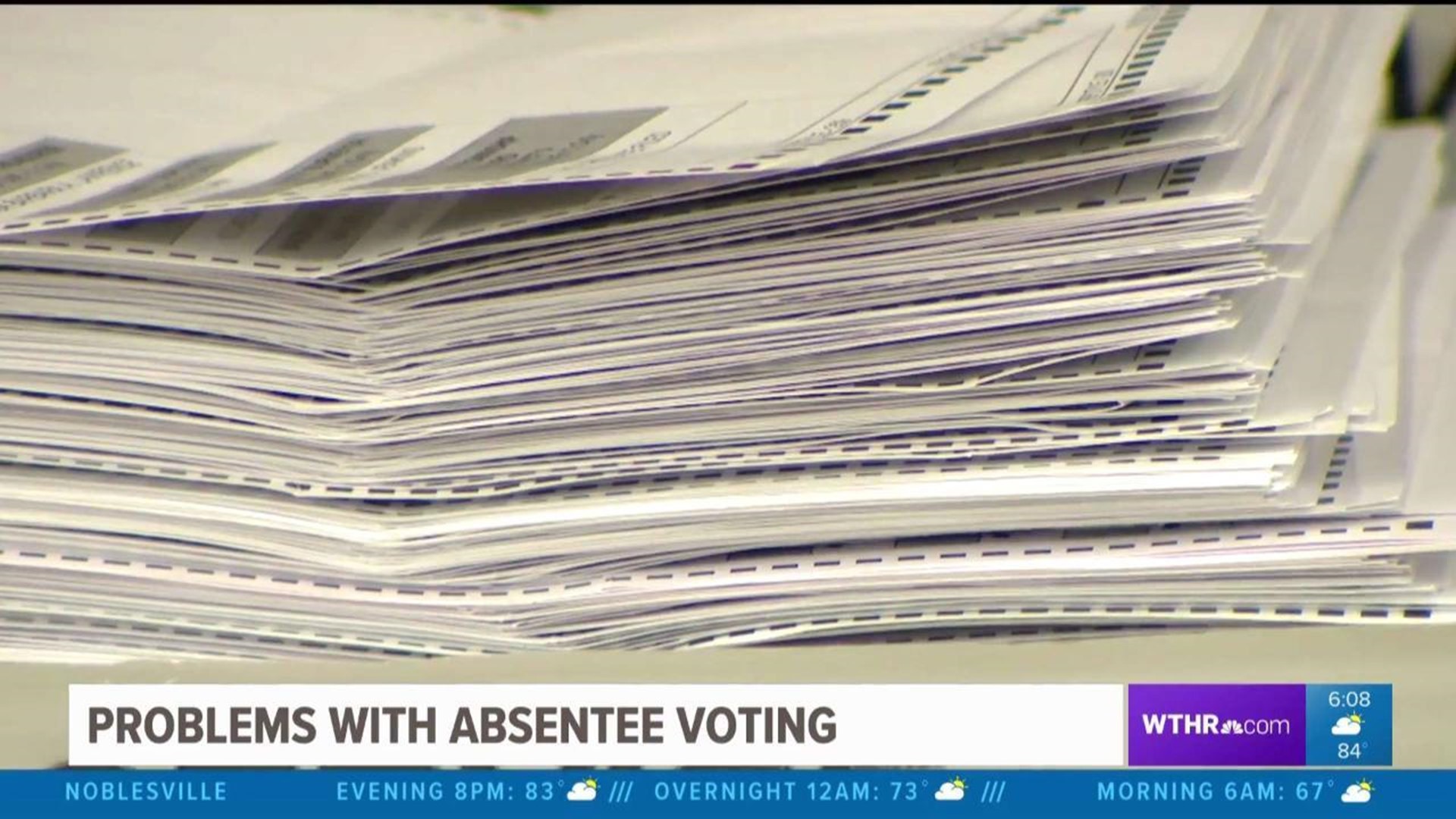 INDIANAPOLIS (WTHR) — Hundreds of thousands of Hoosiers voted in this primary election by absentee ballot. But some of the people who requested a ballot never received one – in some cases, preventing them from casting a vote.

“I’m angry. Very frustrated,” said 72-year-old Anne Crouse, who says she has voted in every election for the past 40 years until today.

“I did not receive my absentee ballot and I’m under quarantine in the [assisted living] facility, so I can’t get out to vote,” she told 13News, sitting on a park bench outside the Greenbriar Assisted Living Center on the east side of Indianapolis. “It was requested three weeks ago. They knew we were going to have a lot more absentee ballots, so I just feel like it was incompetence.”

Multiple 13News viewers contacted 13 Investigates to say they also did not receive an absentee ballot they had registered to receive weeks ago.

“I’m very anxious about going out in public with the COVID crisis because I have asthma,” she explained. “I was supposed to an absentee ballot but it never came, and when I asked about it, they gave me no explanation whatsoever.”

Christine Hogue tried to request an absentee ballot from the Marion County Clerk’s office last month but found the online system was not working.

“When I went online and registered and everything for the absentee ballot, it got me to a certain point and it just stopped. It wouldn't let me go any further so I gave up,” she told 13News.

Indiana residents who did not receive the absentee ballot they requested were encouraged to instead vote in person.

Both Clarkson and Hogue were able to do that. Clarkson voted at Broad Ripple High School Saturday during the early voting period. Hogue waited in line nearly 90 minutes at the Warren Township Government Center to vote Tuesday afternoon.

“There’s another lady in my building who also did not get one and she’s also upset,” Crouse said. “It upsets me greatly because I’m 72 and I’ve never missed an election … I vote religiously. I feel like someone messed up.”

Told of Crouse’s inability to vote, a spokesman from the Marion County Clerk’s office called the situation “extremely unfortunate.”

“This primary election has been a huge challenge,” said Russell Hollis, deputy director at the clerk’s office. “Four years ago, we sent out about 6,000 absentee ballots. This election cycle, we mailed close to 123,000 absentee ballots. It means in a matter of a few weeks, during the pandemic, we shifted our entire operation from a mostly vote-in-person model to a mostly vote-by-mail model. That’s a big challenge.”

Hollis said his office does not know how many requested ballots did not get processed and delivered before Election Day, although he said approximately 35,000 of the 123,000 absentee ballots mailed to Marion County residents had not yet been returned by Monday night. (Absentee ballots must be received by noon Tuesday to be counted.)

According to the clerk’s office, the COVID-19 pandemic resulted in work restrictions that slowed the processing of absentee ballot applications and also delayed mail delivery of ballots.

“We’ve heard of cases where ballots were not delivered for more than two weeks after they were mailed,” Hollis told 13News.

Because of the problems, the clerk’s office requested that the Indiana Election Commission allow Marion County to continue accepting absentee ballots after the Election Day noon deadline, but that request was denied.

The focus now is figuring out what lessons can be learned from the primary election because absentee ballots are expected to play a big role in the outcome of November’s general election.

“We have to get through today and this week, and then we’ll sit down and debrief and learn those lessons so we can make improvements,” Hollis said. “We'll do the best we can to make sure that doesn't happen in the fall.”

The Indiana Secretary of State’s office reports more than 636,000 Hoosiers requested to vote by absentee ballot in this primary election.