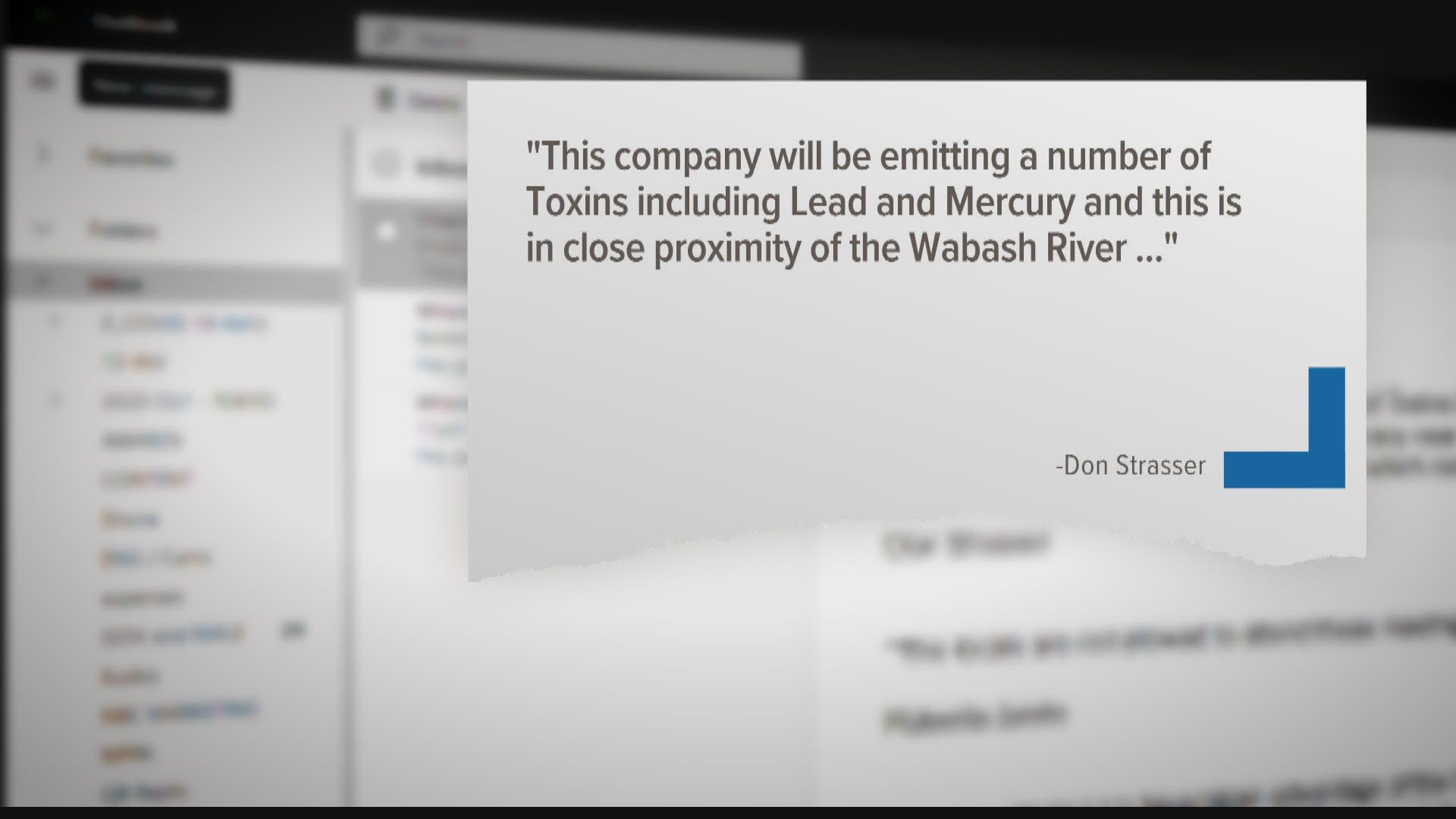 LOGANSPORT, Ind. — A proposed metal recycling plant is forced to put on the brakes, at least for now.

Residents in Cass County have argued the facility could be dangerous to both their health and the environment. And it's the same operation Muncie residents pushed away last year.

"You can breathe them in. They get deep into your lungs. They can carry particles with them such as lead and mercury," said Mercedes Brugh, who is part of the leadership team of a grassroots group called the Cass County Citizens Coalition.

"We already have a high cancer rate and a high infant mortality rate. We don't want to add more to our problems," Brugh said, explaining some of the group's concerns.

Residents across Cass County have sounded alarms about the project too. It started in early March, around the same time COVID-19 hit Indiana. Since then, more than 10,000 people have signed a petition against the project.

In separate emails to 13 Investigates, some of those in opposition have shared why they are concerned.

"This company will be emitting a number of toxins, including lead and mercury, and this is in close proximity of the Wabash River..." wrote one resident.

"Our local physicians even penned a letter to the newspaper and commissioners, expressing their concerns for our community's health. Why will our elected officials not hear us in this matter?" questioned another.

During a Friday morning county council meeting, something changed. The Cass County Council was set to approve a $93 million bond package for WSP. But in a 6-1 vote, the funding was put on hold.

"I was surprised that they voted to table it. I think for the first time, we were really heard," Brugh told 13 Investigates.

The county council told both sides to sit down and negotiate on the environmental and health concerns.

"We need monitoring equipment that's state of the art. And there has to be consequences," she said, considering the possibility of noncompliance.

13 Investigates reached out to Heritage Environmental Services to talk about the WSP project but our calls were not returned. In a company media advertisement, the company said:

"Our mission is to be environmentally responsible. Our new state of the art recycling facility will not only meet environmental standards and guidelines,but also exceed them."

The two sides will begin addressing the issues at a public forum Friday night.

A vote on the bonds could come in September.