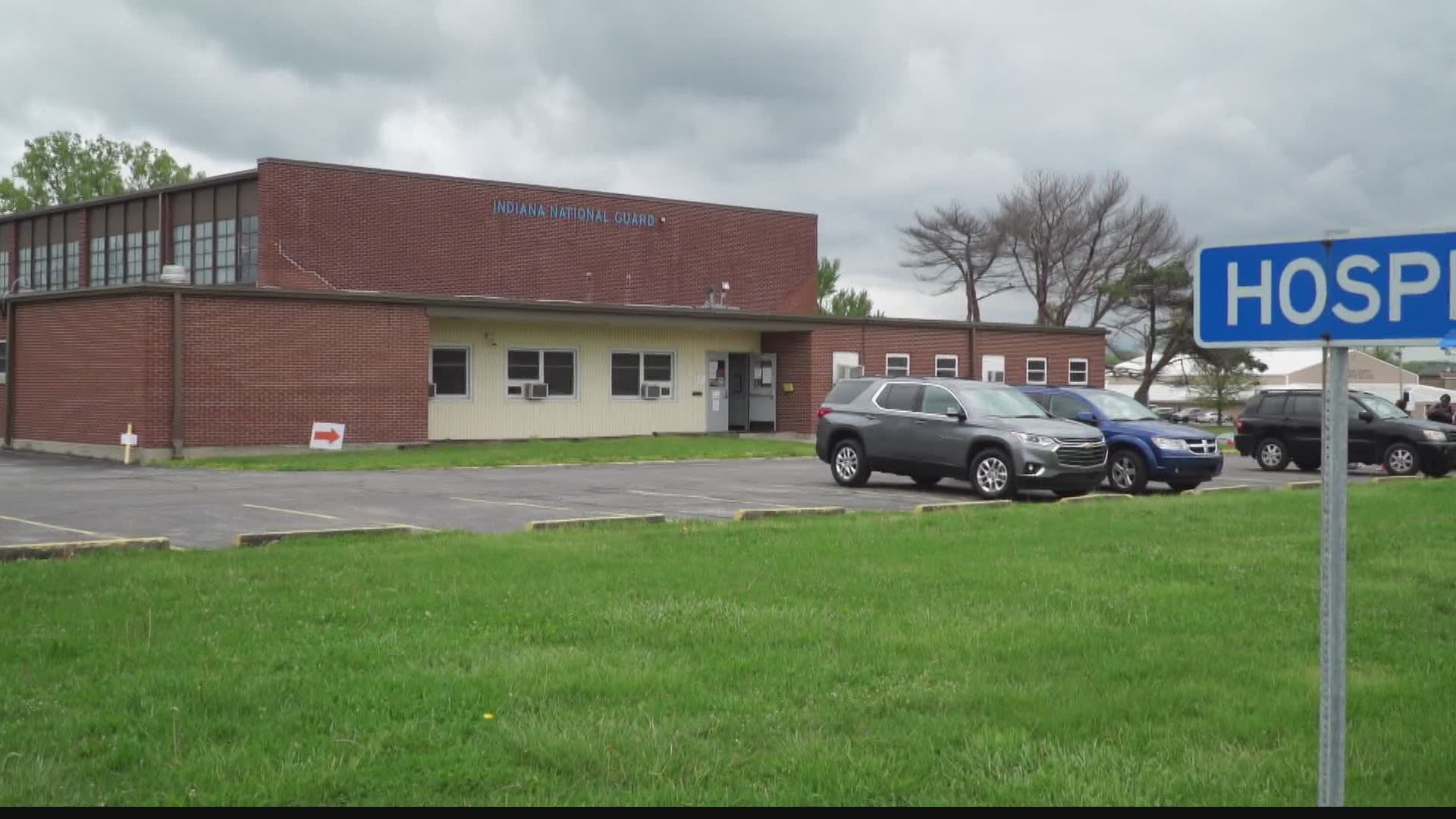 The State Health Commissioner said asymptomatic individuals can get tested at OptumServe sites set up across Indiana.

The move comes as the state fails to hit some widely touted testing goals.

13 Investigates has the numbers and shows you why the state is now going in a new direction.

The plan called for opening 50 armories to provide COVID-19 testing for residents in areas with limited access to health care facilities.

The state's projections were bold.

And, "an estimated 4,400 more Hoosiers will be tested every day in the initial phase.   And Once all 50-sites are open, as many as 6,600 more Hoosiers can be tested per day," read the State's release on hiring OptumServe.

But 13 Investigates has found OptumServe isn't even close to hitting that mark 25 days into the job. The company's first armory sites rolled out on May 6.

"Up to 50 sites across the state. Again this has never been done before," said Governor Eric Holcomb, fending off questions about OptumServe.

As of June 12, the state health department reports just 50,000 people tested overall at OptumServe sites. That's just half of what Hoosiers were told to expect in 30 days.

As for the daily totals, the state promised more than 6,000 more tests per day.

But a review of daily testing trends provided by the health department shows levels falling short of the 6,300 tests the state set as its benchmark to reopen businesses.

The highest level of testing came on May 15, with 9,500 tests reported. That was just one week after OptumServe rolled out its first sites.

Immediately there were problems.

"They don't know where the tests are. Nobody is able to help us," Alan Stolz said on May 18.  Stolz was one of several people who reached out to 13 Investigates about missing test results. After 13News highlighted the problem, the state health department set up a hotline number and tracked down results for Stolz and others.

"Had kind of a rocky start in some areas. Some areas took off well, others we really had some issues and concerns about," said Dr. Kris Box, state health commissioner.

Those concerns came to light when 13 Investigates revealed individuals who had tests done at the Danville Armory were left waiting more than a week for results.

"Even though our turnaround time originally was much longer than our contract, we are now down to (as of)  last week 90 percent of our results are being returned in under 48 hours," said the commissioner.

In an effort to ramp up testing, Dr. Box announced the state will allow asymptomatic individuals to get testing at OptumServe sites beginning Monday, June 15.  The OptumServe sites had already made exceptions for high-risk groups, pregnant women and the homeless.

At the same time, eleven OptumServ sites in northern Indiana will temporarily suspend testing operations to the public to help the state get caught up on another lagging goal.  That one:  to test all 57,000 health care workers across the state.

"These sites all have lower testing numbers. So we believe we can better use these resources by engaging Optum in a long-term care testing and making these mobile sites," explained Dr. Box.

OptumServe will officially mark 30 days on the job next Wednesday. Testing goals achieved or not, the state has already said it's renewing that partnership.

The state prepares for a full reopening just weeks away.