The state of Indiana is paying $128 million to transport Medicaid patients to their doctors appointments.​ But the state-wide system can't keep up and is leaving patients stranded.​ 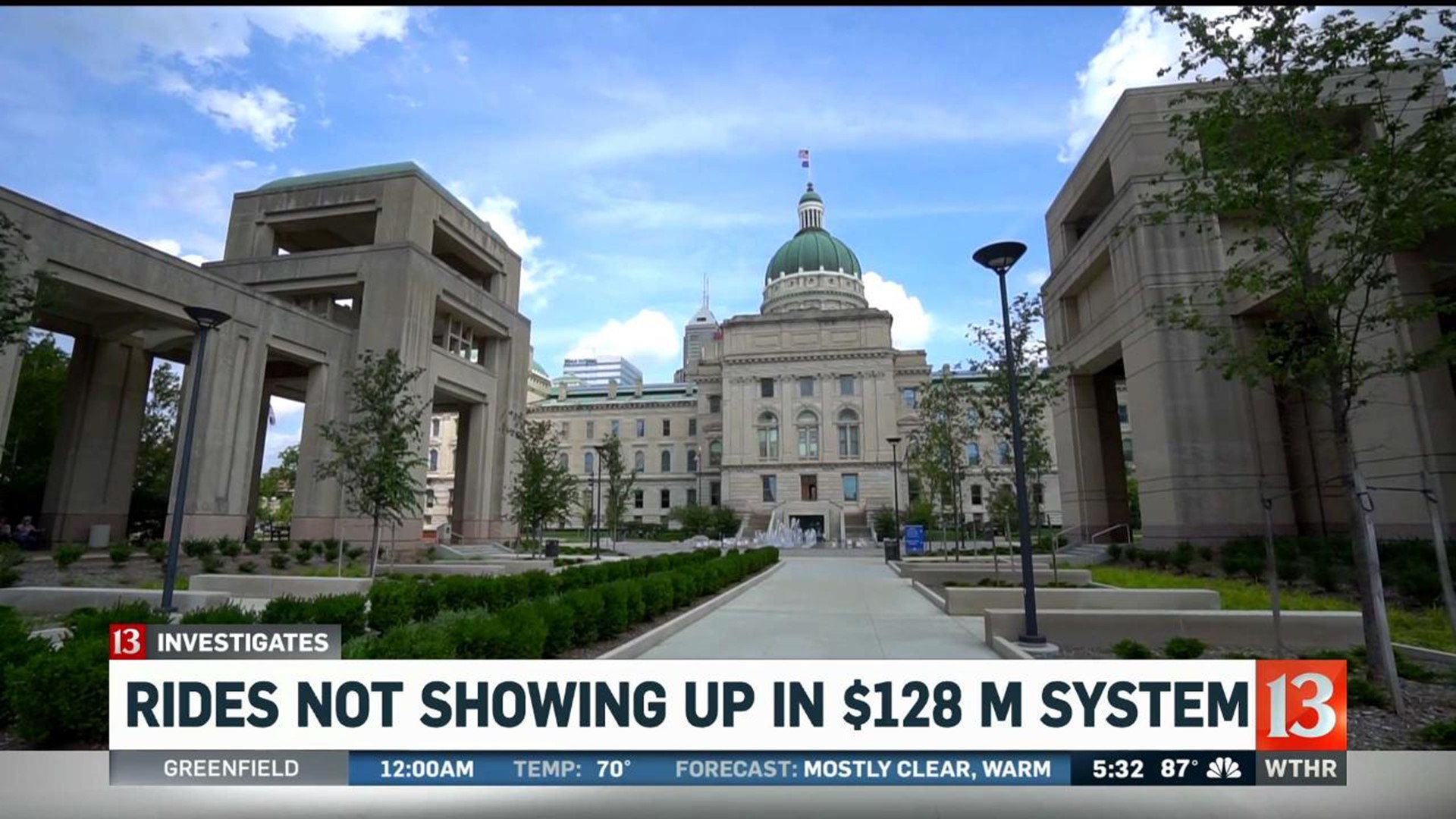 INDIANAPOLIS (WTHR) – The state of Indiana is paying $128 million to transport Medicaid patients to their doctors appointments.​

But there's a big problem. The statewide system can't keep up and is leaving patients stranded.​

13 Investigates got a call from a frustrated rider and began looking into the state's "no show" history and how both patients and taxpayers are paying for it.​

But what it takes to get to and from her medical appointments makes her blood pressure rise.​​

Indiana's Medicaid transportation system is often a "no show" leaving Myers and dozens of others statewide without a ride.​

Myers missed an eye doctor's appointment a day before our visit.​​

"That's why I called you. I got so disgusted," she told 13 Investigates, referring to the system that's been hit or miss since last year.

Myers and many others have complained. Some of those complaints are on the Better Business Bureau website.​​

One of the complaints said: "This company does not keep set appointments...on a regular basis (the ride is) canceled."​

"No Medicaid transport driver has come to pick her up...missed critical dialysis treatment."​​

Despite promises by the state to get more vehicles on the road, rides are still a guessing game. ​​

"Anytime your heart doctor's receptionist tells you, 'Unless you're sure you have a ride, (do) not to make an appointment,' It's terrible!" said Myers, underscoring the ripple effect of the "no shows."​​

13 Investigates asked Indiana's Family and Social Services Administration to provide the number of "no-shows" since the service began last June. But the agency has yet to provide any numbers.​​

Back at Myers house, it's almost pick up time. ​​

"Do you think they're going to show up today?" asked 13 Investigates Reporter Sandra Chapman.​​

Myers shrugged her shoulders and raised her hands to indicate her lack of certainty.​

According to FSSA, SoutheasTrans is making improvement.​​

On this day, Myers' pick up time passed. ​

Minutes after she went back inside to get a phone to call SoutheasTrans, Myers' face lit up with a smile.​

Her ride had pulled up. This time.​​

"So it's a good day today?" 13 Investigates asked as Myers got into the transport van.​​

"It's a good day today...Thank you so much for coming," she said before the van pulled away to take Myers to her scheduled doctor's appointment.​​

A national study has shown states providing medical transports actually saving about $40 million in medical costs. But of course that savings only happens if drivers show up and get patients to their appointments. ​