An Indianapolis contractor is now facing multiple felony charges following a series of alleged crimes exposed by a WTHR investigation. 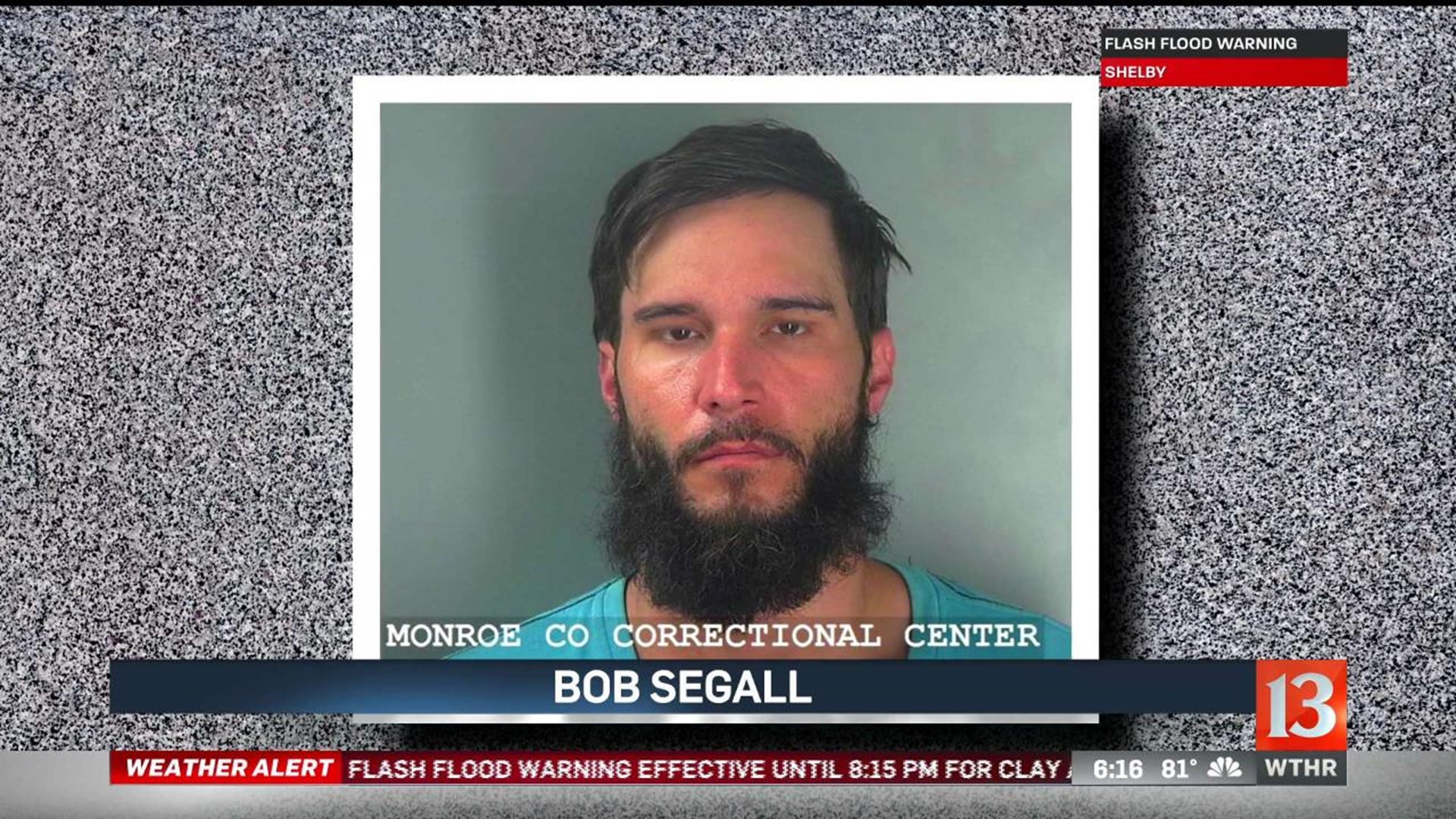 Wednesday morning, the Marion County Prosecutor's office charged Daniel Yattaw, 34, with five counts of theft and one count of corrupt business influence for what investigators called “a pattern of racketeering activity” targeting unsuspecting victims. The Marion County Sheriff’s office is currently looking for Yattaw after an arrest warrant was issued in connection with the charges.

“He’s being actively sought after right now,” said Indianapolis Metropolitan Police Department Detective Sergeant Eric Eads, the lead detective on the case. “We determined Daniel Yattaw used funds that were meant for construction jobs for his own personal gain. It’s quite a bit of money.”

Police and prosecutors began investigating Yattaw after 13 Investigates reported his company, Modern Construction, had accepted money from customers for home improvement projects and then failed to complete the work.

“I paid him for materials and haven't heard from him since,” said Cindy Poore, who paid Yattaw more than $9000 to install new siding, gutters, gable vents and screens on her Boone County home. She is still waiting for that work to begin. "Never heard another word from them. I've tried calling, e-mailing, texting, sent certified letters. No response at all. And that's not money I can make up because I'm a single parent."

“He never came back to finish the job,” echoed Howard Groves, who says his losses total nearly $15,000 due to contracted work that Modern Construction failed to complete on his Indianapolis house.

Bill Gerst hired Modern Construction to install new siding, gutters and downspouts on a house he had recently purchased in Indianapolis. The company required half of the $17,440 project up front, so Gerst handed over a $8,720 check on April 29, 2018, and a project start date was set for early June. He has not seen or heard from the contractor since.

"Nothing. I've tried reaching out to them through Facebook, social media, text messages, tried to visit their office in person. I can't get ahold of them," Gerst told WTHR last fall. "It's like they just disappeared, and they're ripping people off."

Some of the victims are seniors.

The Lebanon Senior Citizens Center, which paid Daniel Yattaw to paint its front awning over a year ago, contacted WTHR after the contractor never returned to do the work.

“He scammed us out of $2,700, and that was the seniors’ money. I mean, how much lower can you get?” said Randi Redman, director of the senior center. “It hit our budget really hard.”

According to the probable cause affidavit filed today in Marion County, Yattaw and his company engaged in theft totaling more than $81,000 from five victims in Marion, Boone and Morgan counties.

Arrested in another county

The contractor is now in trouble in Bloomington, too.

Yattaw was arrested Monday in Monroe County for nearly identical allegations made by another customer. According to investigators with the Bloomington Police Department, Yattaw accepted $8,450 in October 2017 to repair a couple’s damaged roof, but never followed through on the job. According to court documents in Monroe County:

“Several months passed and no work was conducted, but both Daniel and Mark Yattaw assured them the work would be completed. Both Yattaws eventually stopped communicating with [the homeowners], and no work was performed.”

Mark Yattaw, Daniel’s brother, was listed as a project manager with Modern Construction. Both are now charged with felony home improvement fraud and theft in connection with the Monroe County case.

Daniel Yattaw was booked into the Monroe County jail earlier this week. At his pretrial conference, the contractor entered a plea of not guilty and was released on his own recognizance. He is scheduled to appear in court again later this month.

It’s just the latest incident in what has become a lengthy history of legal trouble for Daniel Yattaw.

Last summer, a sheriff in southern Indiana filed a warrant for Yattaw’s arrest and filed criminal charges against him for home improvement fraud and theft.

According to court records in that case, a homeowner in Ohio County hired Yattaw in 2017 to repair hail damage to his home and fence. The homeowner claimed Yattaw did not repair the fence after he received full payment -- instead, offering 11 months of "excuses, apologies, delays, and often no response at all" and refusing to give a refund.

The sheriff and prosecutor in Ohio County dropped the charges and arrest warrant against Yattaw only after he gave the homeowner a full refund.

13 Investigates discovered Yattaw has a long arrest record and criminal convictions for offenses such as dealing narcotics, resisting law enforcement and felony robbery.

Investigators say they are concerned by what appears to be a pattern of fraudulent behavior.

“It's a societal crime. We don't want him to keep doing this to more people so we're trying to stop this now,” Eads told WTHR.

Finding Daniel Yattaw has been difficult, according to police and his alleged victims. The contractor closed his east side Indianapolis office last year and, since then, he rarely answers his cellphone or returns messages.

After Yattaw ignored WTHR’s phone calls and e-mails, 13 Investigates caught up with him outside Warren Township Small Claims Court, where the contractor was attending an eviction hearing for failing to pay rent. At that time, Yattaw told WTHR he was forced to close Modern Construction after seven clients failed to pay him more than $100,000 for completed projects, which “made my company crash.”

He declined to give additional information when WTHR asked for the names of those customers and whether he filed any civil or criminal action against them.

Asked what he intends to do about all the money he took from other customers for jobs never completed, Yattaw said he has no plans to return the funds.

WTHR: “These people are counting on you to do a job that they paid you for, and you haven't done that work.”
Yattaw: “What do you want me to say?”
WTHR: “Can you do the work for these folks? If not pay them back, can you at least do the work?”
Yattaw: “With what means? You want to give me some money?”
WTHR: “Where did all the money go?”
Yattaw: “It fell apart, my friend. My whole life fell apart … I don’t have anything else to say to you. Wish I did. I really do. I wish I had the answers, but I don’t.”

Yattaw never did answer what he did with tens of thousands of dollars paid by customers for work that was not completed. But by obtaining a subpoena for Yattaw’s bank records, IMPD investigators were able to examine detailed expenses from Modern Construction’s financial statements. According to Eads, those bank records show thousands of dollars that were supposed to be spent on repairing customers’ homes were instead used for gambling, vacations and other personal expenses.

“He used the funds to go to the casino, tons of cash withdraws, he used if for his personal wedding, personal photos for the wedding, things like that,” Eads told WTHR. “Most contractors are out there doing honest work, but obviously Mr. Yattaw chose to use that money for other things than what the people paid for.”

Yattaw could be sentenced to 5 to 27 years of incarceration in the Indiana Department of Corrections if he is found guilty of all of the charges currently filed against him.