13 Investigates consumer alert: Be on the lookout for mail theft

Normally there are no surprises when Alyssa Vachon and her boys get the mail. 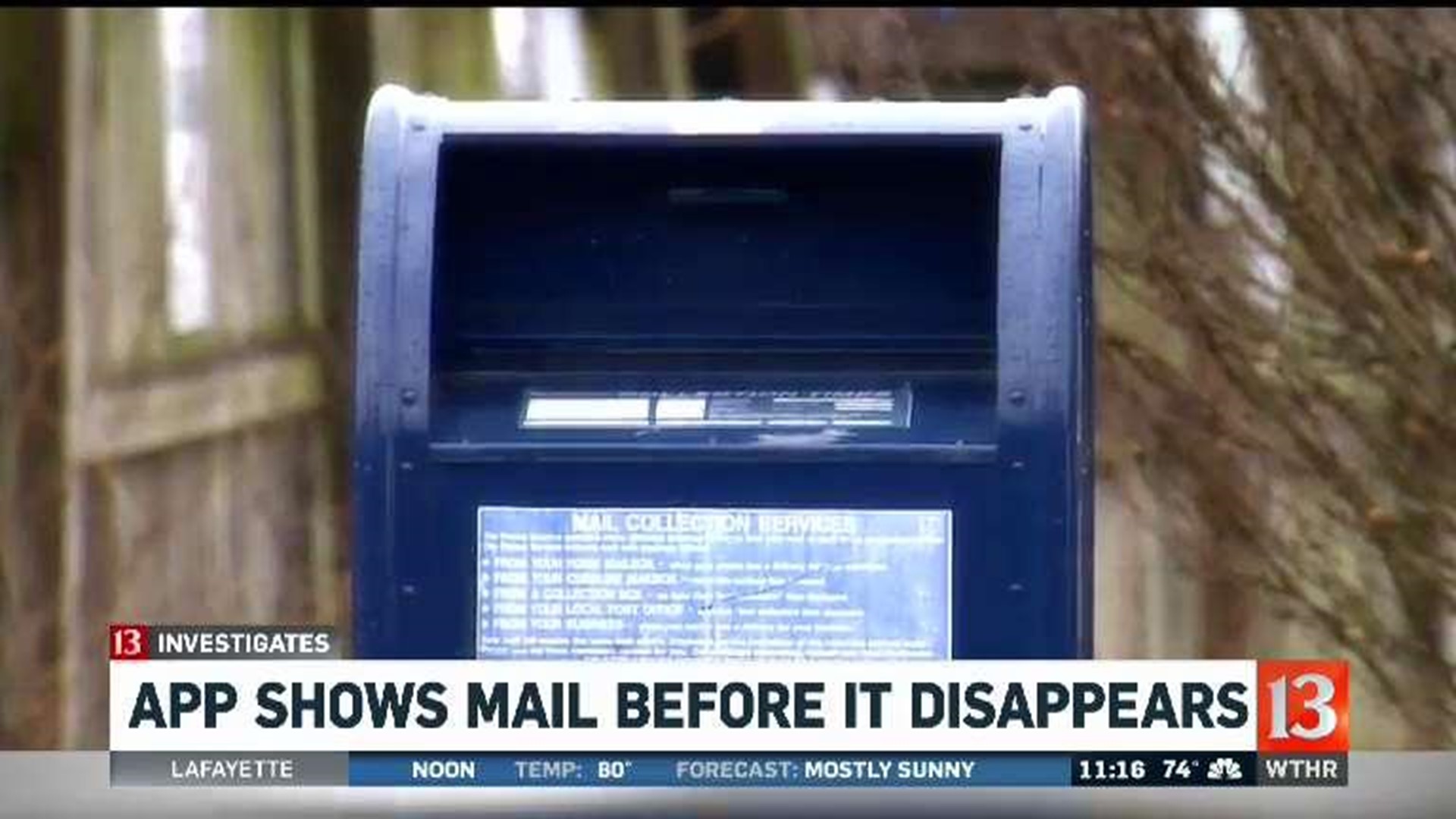 INDIANAPOLIS (WTHR) — Normally there are no surprises when Alyssa Vachon and her boys get the mail.

She uses the "Informed Delivery" app at the U.S. Postal Service.

It gives homeowners a "sneak peek" from their smartphones at what should show up in their mailboxes that day.

"It literally shows every piece of mail. It shows who the sender is. It actually takes a picture of the envelope," she said. "At the end of the day you get home and expect all of that to be in your mailbox. But it seems that cards or things that look like cards just aren't arriving."

App Shows Cards For Delivery Yet Never Show Up

The problem with missing cards started last December. Vachon thought they got lost in the holiday shuffle. But then came a call from an uncle in March.

Three weeks earlier he had mailed a card with an enclosed check. But she never got it.

"March 23, this was everything that I was going to receive," she said showing 13 Investigates the screen shot of the mail sent via the "informed delivery" app. "And then there's the card that never came."

The Informed Delivery app says items were delivered to Alyssa Vachon when they actually weren't. The application keeps tab on a person's mail. (WTHR)

According to her uncle, the check was never cashed and the envelope with his return address on it never made it back to him either. Her uncle wrote another check and sent it to her work address. She got that delivery in four days.

But months later in June, more mail that was supposed to arrive at her home failed to show up.

"It was mailed on June 4," Vachon said again showing 13 Investigates the screen shot of the envelope sent by a different family member in her app.

It was processed and scanned at the main post office downtown and reportedly sent to the Park Fletcher branch for delivery.

But according to Vachon it never showed up in her mailbox.

"It's just frustrating," she said. "I think it's a Park Fletcher issue."

Vachon is not the only one complaining

A mention about mail delivery problems on her neighborhood's "Next Door" crime-watch site got 72 responses.

"We are still waiting for packages from December. Missing two packages and many cards from Park Fletcher. When I go, they have no idea what I'm talking about," Jill wrote on Next Door.

"I was supposed to get a padded envelope from USPS that they show was delivered to my mailbox, but we never received it," Dee added.

"I sent my granddaughter a birthday card with money in it, she didn't get it. I know stupid mistake! It went through Park Fletcher," said another resident.

"We have had a lot of trouble mailing in our bills," added Mike. "Several times we have put our outgoing payments in our mail and raised the flag on our mailbox and the checks were never received. It is definitely a Park Fletcher problem," he said.

Complaints about the mail delivery in Park Fletcher. (WTHR via NextDoor)

Based on the comments and Vachon's experience cards, graduation announcements and similar mailings seemed to be the consistent target.

"People are seeing that it's a card thinking it's gift cards, cash checks. Of course if it's a check they're disposing of it somehow. If it's cash or giftcards, they're keeping it," Vichon told 13 Investigates.

She reported the problems to the Park Fletcher Branch and the U.S. Postal Service.

In a series of emails, Mary Dando, a spokeswoman for the Indiana District told 13 Investigates: "Complaints regarding delivery from (the) Park Fletcher Post Office have been fully investigated." "We will diligently continue to investigate our customers' concerns and correct deficiencies to improve service."

But promises to improve service fall short of replacing the gift cards that have gone missing.

"I was told there was basically nothing I could do. I deserve my mail just like anyone else does," said Vachon.