Testing shows elevated plumes of cancer-causing chemicals could be spreading near a former tomato cannery site. 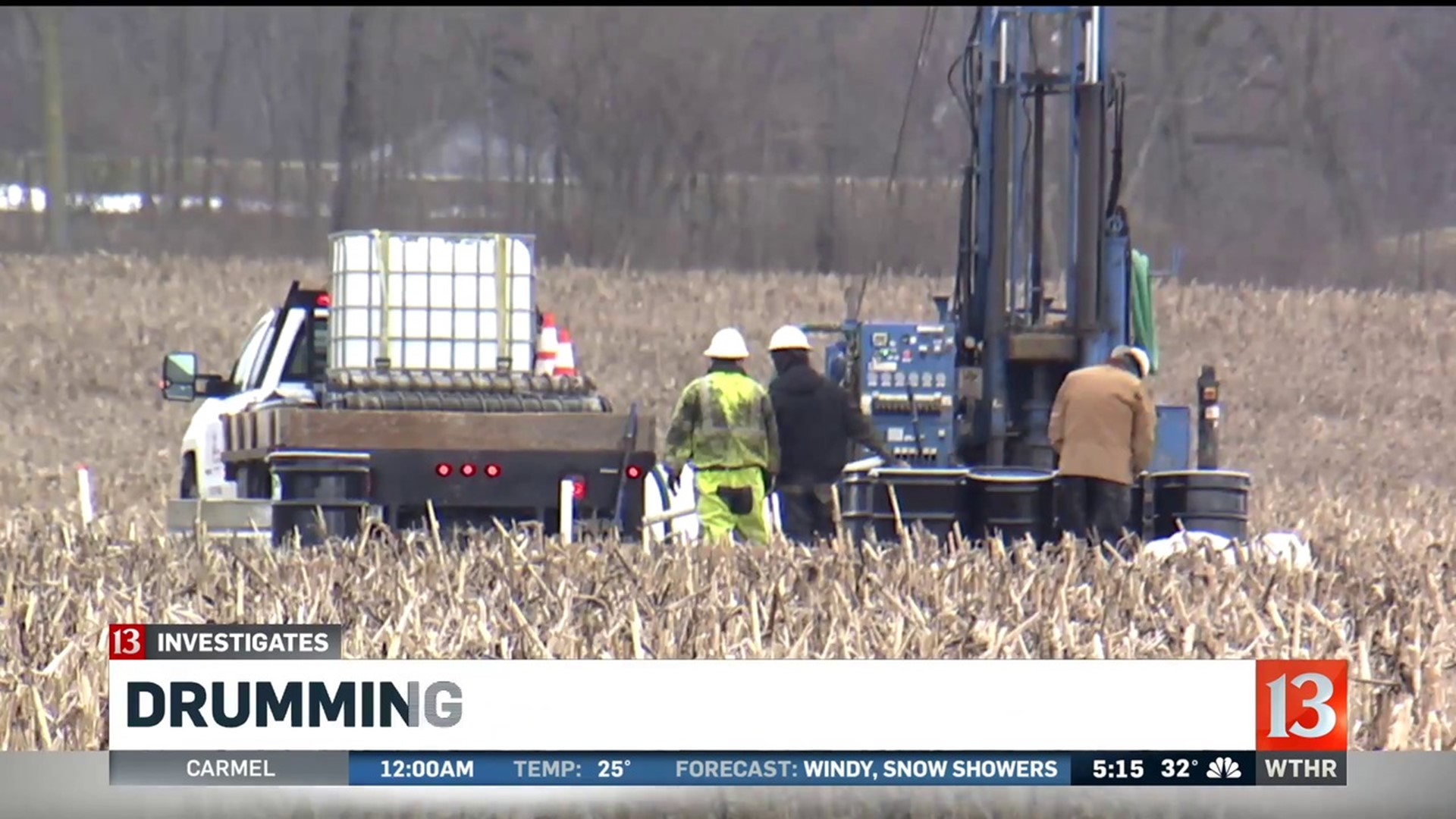 FRANKLIN, Ind. (WTHR) — Contamination concerns in the city of Franklin.

Testing shows elevated plumes of cancer-causing chemicals could be spreading from a former tomato cannery site.

13 Investigates shows you what's being trucked out nearby and why parents of some young athletes are on alert.

WTHR cameras caught the action. Environmental crews trucking out 55-gallon barrels full of dirt near the old Webb wellfield in Franklin. The wellfield was once so contaminated, the Indiana American Water Company was forced to shut down all three of its water wells at that location.

Now crews are just feet away, digging in at the old Hougland Tomato Cannery site on Eastview Drive.

"Is it for testing? Are they just removing contaminated dirt? What's going on? I'm just not sure," said Christina Gilbert, who lives just around the corner.

Gilbert says she has seen the activity and has reason for concern. Her daughter, Sydney, is one of the Franklin teens diagnosed with cancer in 2015. Sydney is in remission. Still, the discovery of contaminants seeping into neighborhoods in other areas of Franklin has Christina on alert.

According to the Indiana Department of Environmental Management, crews installed groundwater-monitoring wells in a farm field between the Hougland property and the old Wellfield to test for contamination.

The soil removed during drilling was sealed in 55-gallon drums. But instead of taking the samples to a waste storage area, it was transported to an area behind the Indiana Gymnastics building to await testing.

40 barrels still remain. But that's not all. 13 Investigates has discovered more troubling information.

High elevations of the cancer-causing chemicals TCE and PCE were detected in the groundwater on the Hoagland/Reed Manufacturing sites. The Reed site is at 1056 Eastview Drive. The Hoagland site is just down the street at 1130 Eastview. The levels of TCE and PCE exceeded both groundwater screening levels and those for vapor-intrusion for groundwater.

"There probably is contamination, seeing as how they're finding it in the sewers and all the flooding and stuff, I'm sure it's spreading," added Gilbert.

With lingering questions, Gilbert and others want to know why the barrels were left outside a facility catering to children.

13 Investigates reached out to both Sam Reed, who owns 4 acres of the land in question, and to the attorney of his former business partner, Bob Clawson. Neither would comment on the new developments.

It's unclear if the soil inside the barrels is contaminated. The samples have yet to be tested. It's now up to both owners to take care of the testing and any potential clean-up required onsite.