How Falcon 9, Crew Dragon will propel astronauts into space

The SpaceX spacecraft is set to launch on Wednesday. It will be the first U.S. launch with American astronauts in almost 10 years. 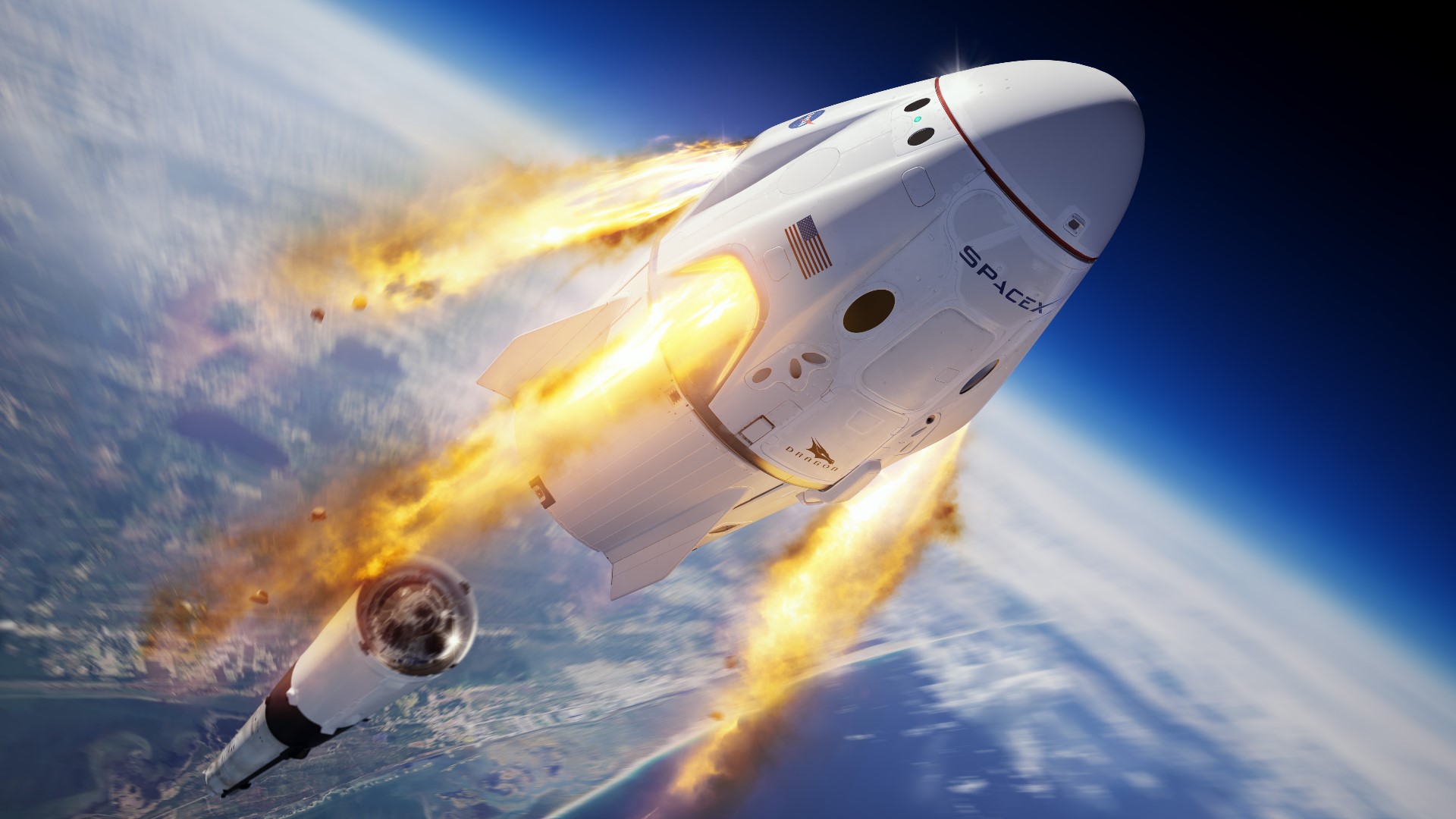 HOUSTON — If you're not an aerospace buff, and you've missed the developments of NASA's Commercial Crew Program until now, the names Falcon 9 and Crew Dragon are probably a little confusing.

Falcon 9 and Crew Dragon are two separate entities that make up the spacecraft getting launched into space on Wednesday, May 27.

The launch will be the first time in almost 10 years that American astronauts will fly American rockets into space from American soil.

Falcon 9 describes the actual rocket itself, which propels the astronauts off the launch pad, through the atmosphere, and into orbit.

It's called Falcon 9 because of the nine Merlin engines in the first stage of the rocket. The thrust is greater than five 747 airplanes at full power, SpaceX says.

The "second stage," powered by a single Merlin vacuum engine, delivers Falcon 9’s payload to the desired orbit. The second stage engine ignites a few seconds after stage separation and can be restarted multiple times to place multiple payloads into different orbits.

Crew Dragon describes the spacecraft where the astronauts sit and operate. It is designed to deliver both cargo and people to orbiting destinations. It is the only spacecraft currently flying that is capable of returning significant amounts of cargo to Earth. Currently Dragon carries cargo to space, but it was designed from the beginning to carry humans.

The Dragon spacecraft can carry up to seven passengers to and from Earth orbit, and beyond. The pressurized section of the capsule is designed to carry both people and environmentally sensitive cargo.

Dragon also has Draco thrusters, which allow for maneuvering in orbit. Those thrusters are located towards the base of the capsule and contained within the nose cone.

Dragon’s trunk not only carries unpressurized cargo but also supports the spacecraft during ascent. The trunk remains attached to Dragon until shortly before reentry into Earth’s atmosphere.

"It's just an amazing vehicle. It is definitely not the space shuttle in many ways, said Astronaut Doug Hurley, who flew on Atlantis, the last U.S. space shuttle. "It’s much smaller, but it’s a capsule, it’s state-of-the-art from a technology standpoint, and we are so excited to be in a real spaceship and not the simulator in just a week."

The vehicle has several safety features, too. The astronauts will test these during the Demo-2 mission.

“It’s everything from a response to a fire on board to flying close to the international space station manually instead of letting the computer do it," said Astronaut Col. Bob Behnken. "We’ll make sure all those systems are working during the test flight so that future missions will have them available, even if they don’t plan to utilize them."

These spacecraft are designed to be reusable, which cuts costs and minimizes damage to the environment.